"It only promises to distort Tubman’s legacy..."

The 46th President of the United States, Joe Biden, has been in office just under one week. During his short time in the Oval Office he has rejoined the Paris Climate Agreement, World Health Organisation, reversed the Muslim Ban and mandated masks as the Coronavirus vaccine is rolled out across the country. Overnight it was announced that the White House would continue the push for Harriet Tubman to replace Andrew Jackson on the US $20 bill. The plan was first introduced by the Barack Obama administration in 2016, before being shelved by Trump.

Harriet Tubman was a 19th-century abolitionist and political activist who was born into slavery. She was hired for labour from age five according to Britannica, before fleeing at 29-years-old. She led her sister and two children to freedom and went on to rescue upwards of 300 enslaved people along the Underground Railroad to Canada.

Currently, Andrew Jackson – the 7th US President and a slaveowner – occupies the $20 bill but thanks to movements such as Black Lives Matter, leaders such as he are being condemned for their actions of racism and systematic oppression. White House press secretary Jen Psaki told reporters on Monday the treasury was “exploring ways to speed up” the process. “It’s important that our money reflect the history and diversity of our country.”

Twenty-dollar bill going from Andrew Jackson to Harriet Tubman — one symbol of difference between Trump and Biden. Proposed new design below: pic.twitter.com/e6xaukiSJJ

Following the BLM protests of 2020 and decades of racism within the United States, it feels somewhat of a victory. Finally, Black people are receiving recognition for their dark history. In 2019, biographer Andrea Dunbar Harris told the Guardian she hoped Tubman’s presence on a new $20 bill would “drive a conversation about the value of black life, period, from slavery to the present. I don’t think we can have her on the bill without us having that conversation.”

While it certainly is a step in the right direction, the move has been controversial, just as it was in 2016. An opinion piece published on the Independent aptly pointed out that in the US the pay gap between caucasian women and white men is 82 cents to the dollar. For women of colour however, that figure drops dramatically to 61 cents. Should we not work towards closing that polarising gap?

Feminista Jones, a mental health social worker and feminist writer for the Washington Post highlighted the irony in making Harriet Tubman a symbol of currency. During the height of slavery, people such as Tubman were considered an asset, currency if you will. She was the leader of a resistance against capitalism.

“If having Harriet Tubman’s face on the $20 bill was going to improve women’s access to said bill, I’d be all for it. But instead, it only promises to distort Tubman’s legacy and distract from the economic issues that American women continue to face,” Jones wrote. She added, “Harriet Tubman did not fight for capitalism, free trade, or competitive markets. She repeatedly put herself in the line of fire to free people who were treated as currency themselves.”

Both women serve a justified opinion – there is much to be achieved, not only in the economy but in all areas of the country. No matter what you believe however, the very suggestion that Joe Biden will replace Andrew Jones with Tubman has sparked critical thinking, critical conversations. And perhaps one day in the future, the conversations and debates of today can impact meaningful change.

We can only hope, for the sake of women like Harriet Tubman.

The activist was represented in Hollywood film, Harriet, in 2019. Tubman was played by Cynthia Erivo and starred the likes of Janelle Monáe and Joe Alwyn as it paid homage to her work. 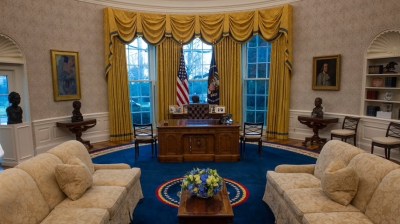