Jessica Chastain has taken centre stage at a press conference giving an impassioned smack-down of female representation at the Cannes Film Festival. Watching in excess of 20 films in just 10 days, the actress called out the way female characters were depicted in the movies.

“The one thing I really took away from this experience is how the world views women form the female characters that were represented,” she said. “It was quite disturbing to me, to be honest – with some exceptions.”

Similarly to the Oscars seemingly under-representing black actors, the Cannes film festival has been criticised for years for it’s treatment of female filmmakers. Until this year, only one women in it’s 70-year history won the esteemed Palme d’Or. This year, Sofia Coppola became the second woman since 1961 to take home the best director award for her film The Beguiled starting Nicole Kidman, Kirsten Dunst, Elle Fanning and Colin Farrell.

Well-known female actresses have since come out in support of Chastain’s point of view.

YES @jes_chastain YESSSSSS. Thank you for using you voice so powerfully and effectively. ❤️ https://t.co/jqch5aS6gV

It takes courage to speak truth to power. Thank you @jes_chastain for speaking truth and representing the voices of millions! https://t.co/WOZUxHvhE1 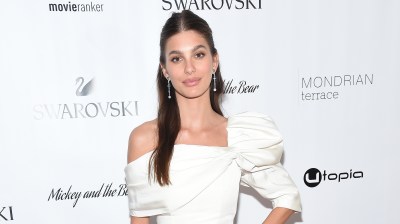