NEW YORK CITY: Mention Jennifer Lopez’s name in the early 2000s and many a mind would instantly picture an oversized fur, a slicker-than-slick ponytail and a hoop earring. “Don’t be fooled by the rocks that I got”, we were told, because according to Lopez, she was “staying grounded as the amounts rolled in”. Tonight, Jenny From The Block played a game of nostalgia as she jetted into a snowy JFK airport on a private flight wearing Coach’s Signature Shearling Coat.

The Hustlers actress was named the global face of Coach on November 19, joining actors Yara Shahidi and Michael B. Jordan. “I’m so excited for this collaboration with Coach,” Lopez said in a statement. “It is a timeless brand that I’ve always been a fan of, and the upcoming collection really speaks to my personal style – an uptown-downtown mix.”

The 50-year-old has arrived in NYC in preparation to host Saturday Night Live from 30 Rockefeller this weekend.

You can shop the Coach Signature Shearling Coat now: 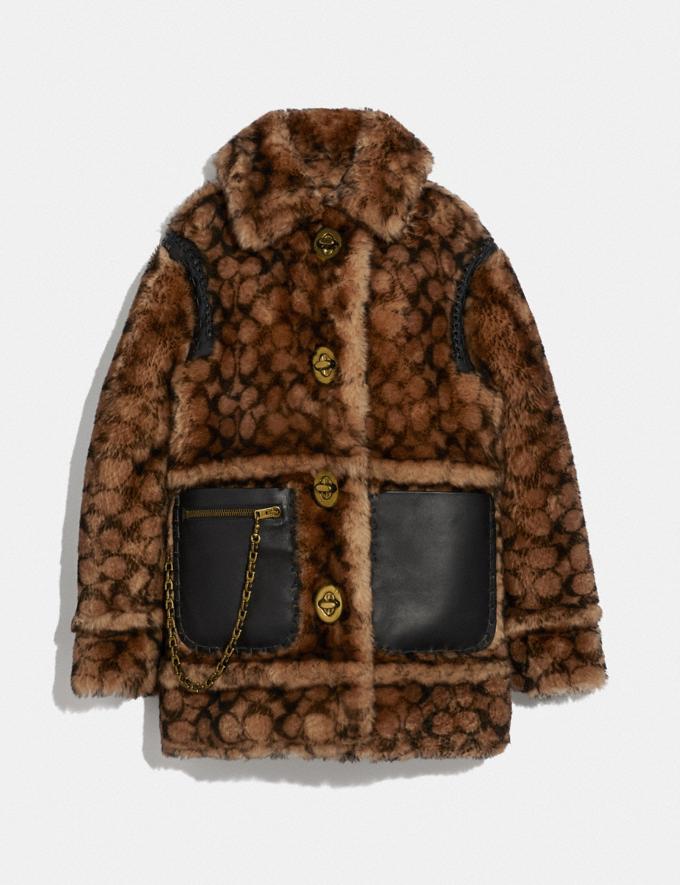 Earlier this week, Versace revealed it was suing fast fashion brand Fashion Nova for copying its iconic green leaf-printed dress, made famous by Lopez at the Grammys in 2000. The dress was searched so many times in the same year that it reportedly led to the creation of Google Images, an example of just how influential and powerful Lopez is when it comes to moving product.

Despite the print being copyrighted, Fashion Nova produced and sold remarkably similar versions as its own product. “Fashion Nova’s ability to churn out new clothing so quickly is due in large part to its willingness to copy the copyrighted designs, trademarks and trade dress elements of well-known designers such as Versace, and trade on their creative efforts in order to bolster Fashion Nova’s bottom line,” the lawsuit stated, as obtained by The Hollywood Reporter.

“Fashion Nova’s Infringing Apparel is plainly a deliberate effort to exploit the popularity and renown of Versace’s signature designs, and to trade on Versace’s valuable goodwill and business reputation,” it continued. “Versace seeks to bring an end to Fashion Nova’s latest brazen attempt at copying the work of yet another famous and world-renowned designer.”

Lopez wore an updated version of the Versace dress on the runway this year as the final look at Versace’s spring/summer 2020 show in Milan.

Coach, get ready for this shearling coat to fly out the door – and hopefully not be replicated in the interim.