Jake Gyllenhaal does NOT want to talk about Taylor Swift

Promoting his film, Life, one journalist encountered a very awkward response from the actor when they dared ask about his relationship with Swift It would appear Jake Gyllenhaal would like to talk about Life, but not life. And one journalist from The Guardian – the last interview for the day – learnt of this notion pretty quickly when he dared ask a question about the actor’s past relationship with pop sensation Taylor Swift.

In 2010, Gyllenhaal dated Swift for three months. He was nine years her senior and, according to her lyrics in All Too Well, he fazed her out without much communication. Now, seven years on, you can understand why Gyllenhaal has little interest in talking about it but journalist Tim Jonze did a pretty good job at trying. Here’s the excerpt from his article.

For someone so intensely private, wasn’t it playing with fire a little to start dating [Taylor Swift]?

Asking this proves to be a mistake. “I think when you’re in a relationship, you are constantly scrutinised, your friends are scrutinised, but …”

He trails off and stares at me, ramping up the intensity of his eyes like he’s done in so many roles.

But what? Gyllenhaal just continues to stare. Then he performs an exaggerated shrug.

So, er, did he listen to any of the many songs rumored to be about him? More silence.

The atmosphere has become uncomfortably tense. Would he like to move on? “I would love to not talk about my personal life.”

But it didn’t end there. When the interview moved onto other subjects such as Gyllenhaal meeting Barack Obama, the actor took another stab at Jonze. “[Obama] told me: ‘You have a job as an artist to help people through difficult times, to illuminate things through art.’ He said: ‘That’s your job.’ And my parents have always said that, too. And I’m sure you know it, because you seem like a very smart person who has done their research, particularly into tabloid research, which is obviously the most important of all research.”

Continuing on, Gyllenhaall kept going: “An entertainer or actor should not be political,’ because it’s very easy to sideline people and, for instance, ask about past relationships or things that I believe are meant to be private. So, I will just tell you now that I respect your form of questioning,” he continues, “but also it is within my belief that in what I do, I will express the most. So I hope, in the future, you will see more of my work. If you’ve ever even seen my work.”

Are you uncomfortable yet? Well, if you’re not, you will be after watching this: Taylor Swift performing All Too Well at the 2014 Grammys. And look at the stare-down at the end of it. That’s at you, Jake! 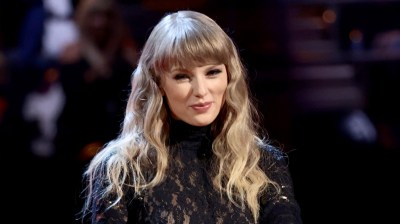 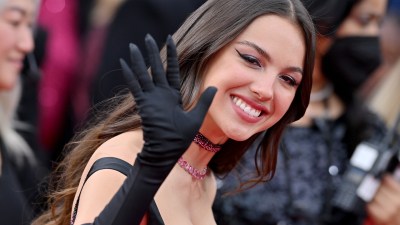 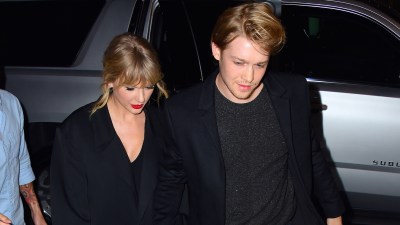