I’ve met Jen Atkin, And Yes, Her Legs Are That Skinny

In defence of Jen, the "chicken legs" are real. No photoshopping here, people

I’ve now met the charming and utterly hilarious Jen Atkin three times. The first two times were in Sydney; once for Slip Silk Pillowcases, the second for her own haircare brand, the Ouai. The third time was a serendipitous but equally lovely meeting in Tokyo, where her husband Mike was shooting a particularly fantastic Shiseido event. We have chatted all three times, I have impersonated Chris Lilley’s Ja’mie for her all three times (Atkin is a HUGE fan of Summer Heights High), and I have seen her legs IRL all three times.

Earlier today Atkin posted a cute pic of herself to Instagram in a dreamy white boudoir. It seemed all but a regular Instagram pic. Cute teapot stance. Slight pout. Fresh linen. Nothing out of the ordinary here. Except, according to Atkin’s Instagram fans, there was. Apparently, she’d “photoshopped” her legs. 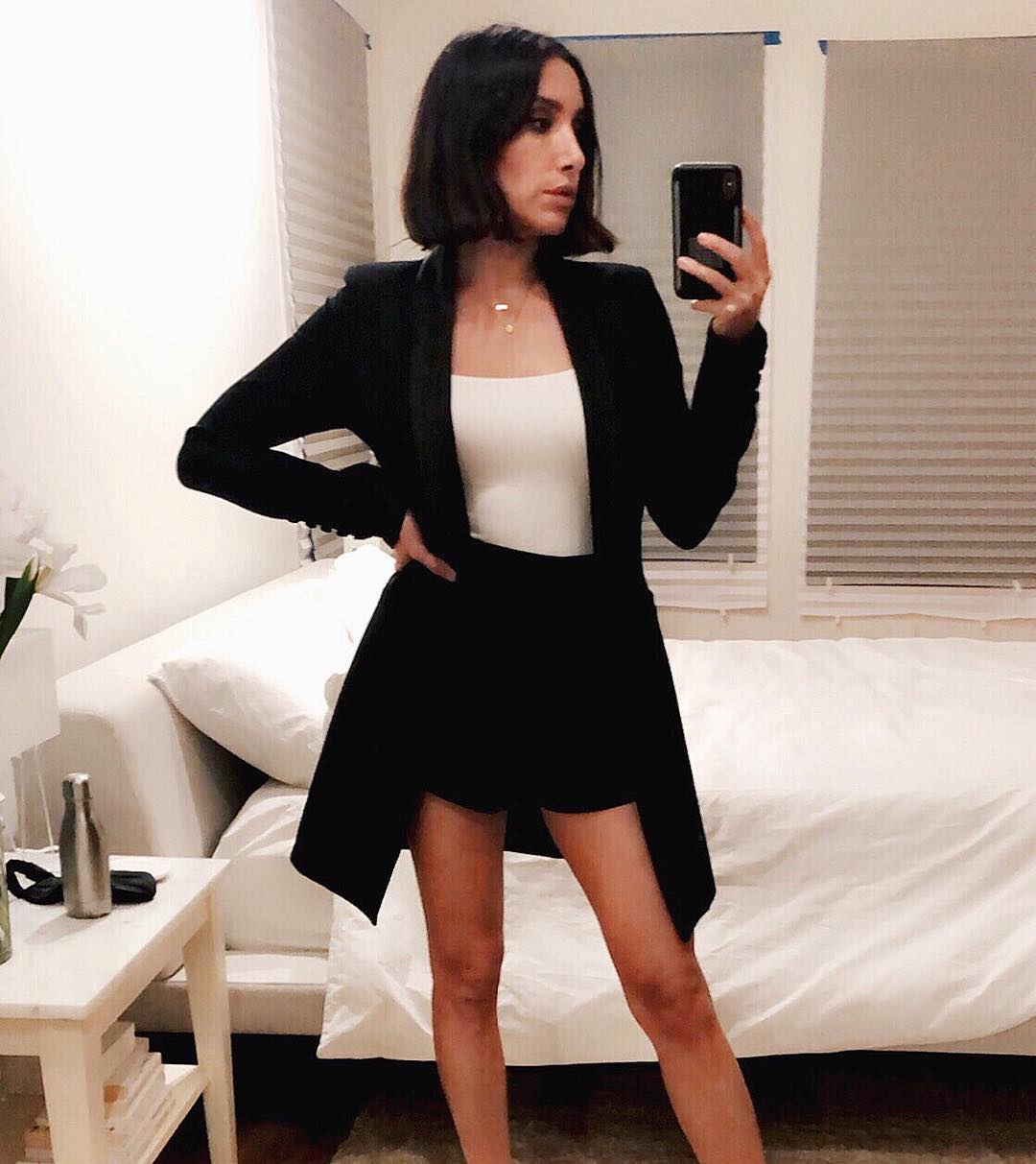 “Why is nobody pointing out the photoshopped legs?” commented one incensed troll. “Such a cutie. But why you photoshop your legs girl?” wrote another. The stream of accusatory photoshopping claims continued, so much so an angry Atkin responded.

“Update I didn’t photoshop my legs…I’ve had chicken legs my whole life. I’m down to FaceTime the haters.”

Atkin is even personally replying to trolls, happy to Facetime in her pins to the non-believers. So considering we’ve seen the legs in question in real life (three times, remember), we’re coming to Jen’s defence. Yes, haters, her legs really are that skinny. So skinny, I’ve actually done a double take each time I’ve seen her, thinking to myself, “damn, they are some petite pins”. Some people just have naturally slender pegs, despite what the rest of their body may look like (in Jen’s case, it is equally as lean). Now let’s focus on that chic bob and beautiful blinds and stop the trolling. All hail the chicken leg.