It’s So Hot In NYC That The Subway Is About To Melt. So Why is Jennifer Lopez Running About Town In Hoodies?

How is she in head-to-toe sweats? 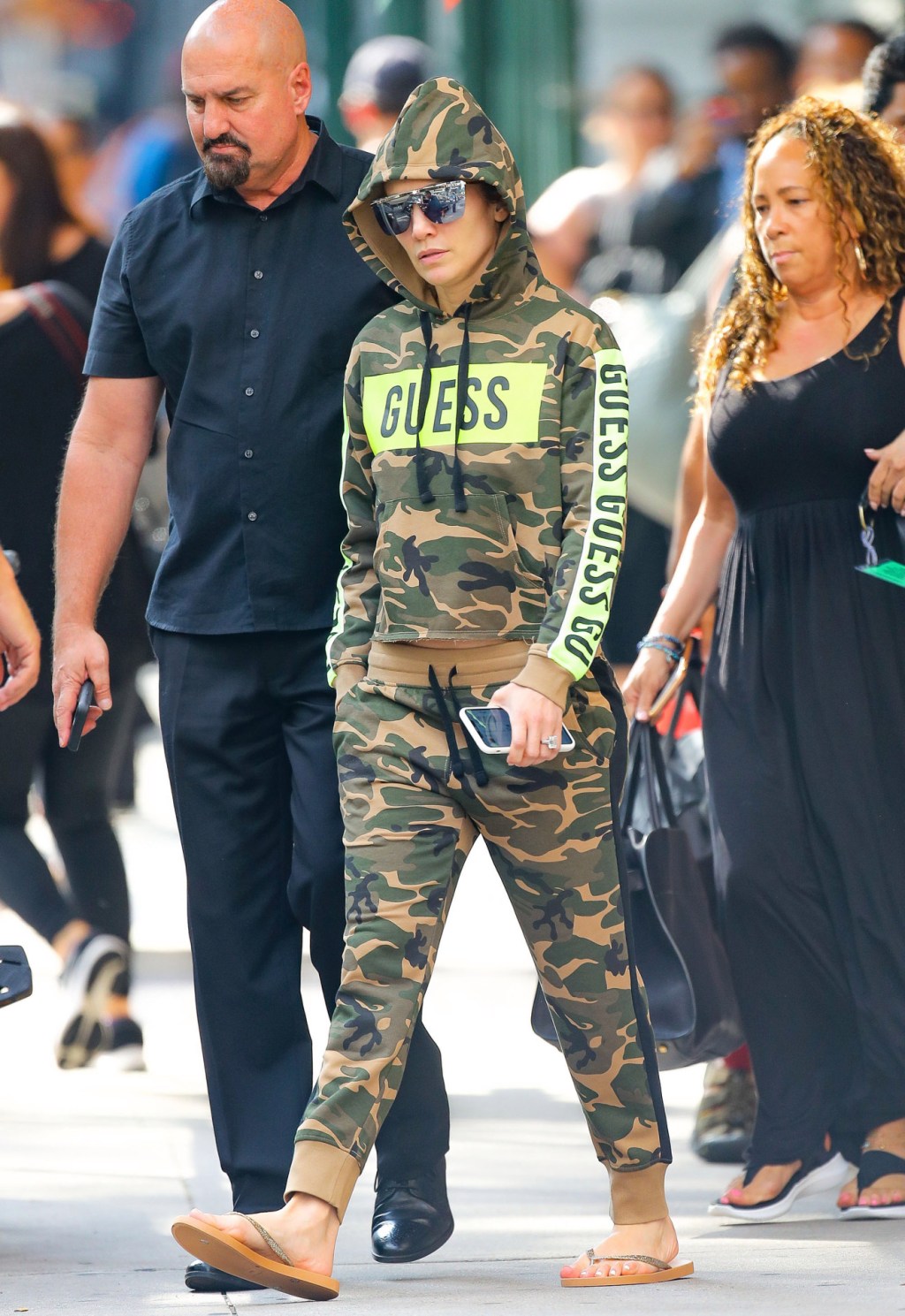 It’s summer time right now in New York. Temperatures are 95 and above (read: high thirties in Celsius). Subway platforms in Times Square have cracked 100 degrees and services have stalled. The NYPD actually tweeted New Yorkers to tell them “Sunday was cancelled” and to stay indoors. A local state of emergency was declared on Friday due to the blazing temperatures. Politicians are fighting. The last time it was this hot President Hoover was in the White House. And yet, Jennifer Lopez is rolling about town in a Guess camo sweat-suit with the hood up.

It was a similar story on Saturday; cropped Givenchy crewneck sweat shirt and pants. But how? 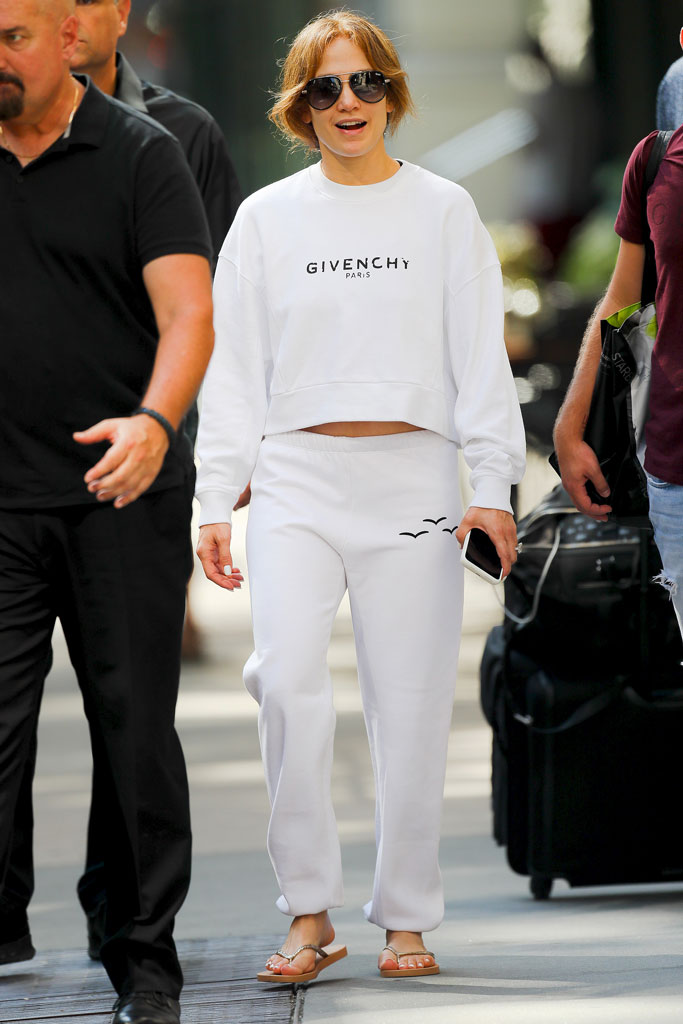 We suppose though the two looks are a little bit of step up from Monday night when Lopez was spotted with a towel on her head as she arrived at her rescheduled show at Madison Square Garden after a city-wide power outage caused her to cancel her show mid-concert two nights earlier. 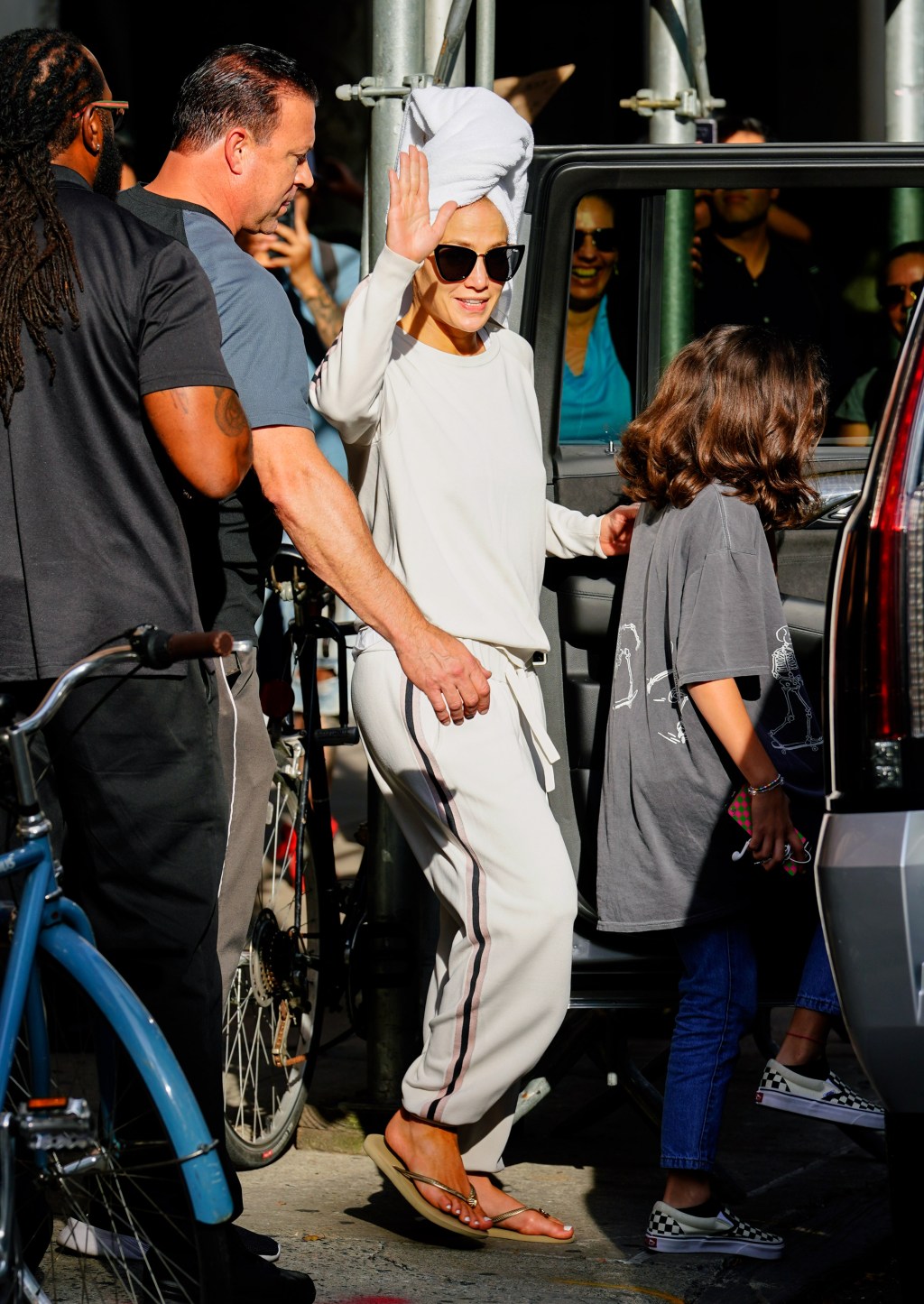 The venue’s house lights came on during her collab track with Cardi B and an MSG staffer apologised to the capacity crowd for interrupting the event before evacuating some 20,000 people from the Midtown venue. “I love you. I am so sorry that this has happened in the middle of our moment,” an emotional Lopez said in a video shared to her Instagram account. “I’m going to get back to you as soon as I can with when we are going to reschedule the show. You will get your money’s worth.”

The power outage, said to be caused by a transformer fire, crippled much of the midtown area and the Upper West Side. Some New Yorkers were left stranded in elevators while others were stuck on the subway as services came to a halt.

While we’re unsure how Lopez is even still upright, her coat obsession has extended to the stage. One look in her It’s My Party concert tour includes a floor-length fur coat. Designed specifically by the Fur Salon at Saks Fifth Avenue, you can place a special order with the store for your own version. It’ll just set you back US $27,500 (AUD $39,000). 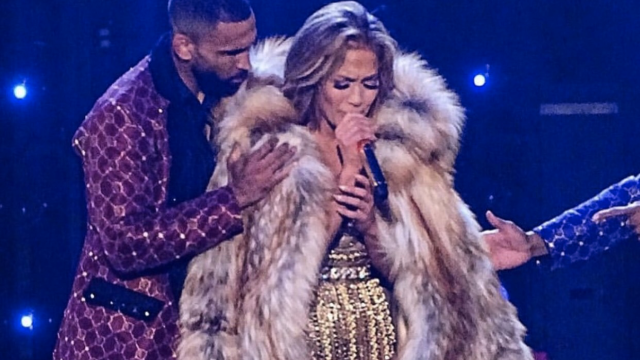