What is millennial model and style icon Sofia Richie actually like?

Her life might be fodder for gossip, speculation and intrigue thanks to her colourful love life and family roots, but the first thing that strikes me when I start speaking to Sofia Richie is how eloquent she is. The second is the immediate rapport she offers when chatting to you, stranger or not.

Then again, a lifetime in the relative spotlight under the expert tutelage of her superstar father Lionel – largely regarded one of the ‘nicest in the business’ – has clearly conditioned her well. Add the well-known fact reality TV star-turned-designer Nicole Richie is her sister, plus that the late Michael Jackson was her godfather, and you can understand how and why the 20-year-old personality isn’t thrown by media speculation.

Her relationship with Scott Disick and former girlfriend status with Justin Beiber have sparked the column inches in the past, but today the grounded 20-year-old is building her own powerful brand, rooted in her modelling work.

Just days before sitting front row at Zimmermann’s Spring Summer 2019 show during New York Fashion Week, the model – who has in the posed in campaigns for Tommy Hilfiger, Michael Kors and Chanel – flew into Australia for shoe brand Windsor Smith.

Though not an official face of the high street footwear, the purpose of this whirlwind visit – her first to Australia – was to meet and greet die-hard fans of both herself and the shoe brand in two of their flagship stores, Bondi Junction in Sydney and Melbourne’s Chadstone. Read on for the highlights of our conversation and you’ll get a snapshot of the real woman behind that famous name.

Welcome to Australia. Are you jetlagged? “I got in yesterday, feels like I’ve been here a lifetime. You know what’s weird, it’s actually such a big time difference from Los Angeles to here that it’s almost like I’m on the right time schedule. Like last night I called my dad and was like ‘love you, I’m going to bed’ and he was like ‘Oh, me too!’. That’s why I don’t feel bad, I feel great. It’s my first time [in Australia] but I’m here ‘till Sunday. Just a little quick trip.”

When you filled out the airport customs form on arrival, what did you write for your profession? “I just right ‘Fashion’ and no one questions me. I never really want to be too specific. Every time anyone ever asks me, I just say the word fashion and no one in the universe has ever questioned me on it. It’s crazy, but it’s true.”

How would you describe your own style? Do you have a signature vibe or go-to look? “Honestly, I can’t really pin exactly what I am because I wake up every morning and I decide that I want to be girly or I want to be a tomboy, or I don’t know like I’m all over the place. But for the most part, I’m comfortable. I think that’s an important key factor to me.”

You inspire so many people with your style, but whose style inspires you? “I love the Olsen twins. Not necessarily because I want to dress like them but I think they’re super creative and I think that what they’ve created is so interesting and they inspire me for that reason.”

Which shoe style in general best matches your personality? “I love the mule heel. I just feel like it’s easy and it’s elegant, but it’s comfortable. My favourite in this collection is a mule heel called the Portofino and it’s about to come out.”

What’s your biggest fashion extravagance? “I am a big shoe shopper, but I have an overflowing closet of sunglasses. It just happened! Right now I’m obsessed with vintage glasses, I’m going to all these vintage stores and buying these all these day-old glasses. I find they are my best fitting pairs which is very strange. That’s my current obsession.”

Do you ever swap clothes with your close friends and family? “Yeah, I have friends who do that, and I never see the pieces again. I actually take a lot of stuff from my mum. She has really cool old pieces that she used to wear – she has separate closets for the clothes she actually wears and then all her old stuff. She has a full-blown vintage closet in the house, it’s so cool.”

What was it about this trip with Windsor Smith that enticed you most? “I think, you know, I’ve never seen [Australia] before so A: that’s an exciting factor and B: I get to meet a bunch of fans in the stores. There’s never [usually] an opportunity where I’m like, ‘hey, everyone get together and meet me here.’ So yeah, I’m excited to see new faces and socialise. And I really like the shoes, they’re so comfortable, so when they asked me to come and promote the shoes for them, it was a no-brainer.”

You get to experience some incredible things in the name of work. What has the standout ‘WOW’ moment been for you? “The time that I walked for Chanel. I couldn’t really get a grip on that it was actually happening – it was such like a dream that I never really thought would be a reality. I think I almost fainted when I went to the fitting – it literally looked like I was walking into a Victoria’s Secret casting. No one said a word to me, I just stood in a line and watched all these girls come out and they all looked terrified.

“There was Karl and he was sitting at the end of the table with three of his people, and they were like: “All you need to do is walk in the room and turn around and walk out”. I walked in and I was like, ‘I’m going to be the one to lighten the mood’. He was talking about the clothing, I don’t think he even said a word to me, to my face, and he was talking about it and I made some joke, then he looked up at me and was like, ‘I think that was funny’, and told me to leave. I was like, ‘That was AMAZING!’. Best day of my life.”

Was that your first big casting? “It was. Karl randomly just asked me to do it [the casting] and I was so honoured, so I flew to Paris. I thought it [would be] like a normal fitting, I try on some clothes, they take the pictures, but no, it was like, ‘We need everyone to walk and we will judge how you look while you’re walking’. It might be the most stressful thing that’s ever happened to me.”

“Remember, I’m also sticking out like a sore thumb because everyone is 6’5 and I’m 5’6. I thought I was tall until I entered the fashion industry.”

Can you tell us something that would surprise us about you? “I’m a serious animal lover. For some reason water animals, like, really amaze me. I know that sounds weird but dolphins, whales, sharks… I saw a whale recently when I was on a boat in Mexico and I started hysterically crying. I have a weakness for animals, I cry a lot around animals.”

Who’s been your biggest inspiration over the years? “I think generally, for a long time, my Dad’s inspired me to be kind, because I’ve never seen somebody so famous and have a reason to be such a snob, just be so grateful and nice to every single person he comes across. He’s always like, ‘If you’re nice to one person, you can change their whole day, literally change whatever circumstance they’re in. You just have to smile, be nice, talk and be a human.’ So that inspires me.

What’s been your biggest life lesson or motto to live by? “I always live by having fun and never taking things too seriously. I know that everyone has this perfect image that they have to uphold, but I think that you’ll live a happier life if you just smile more and have fun.” 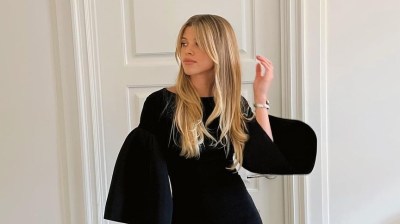 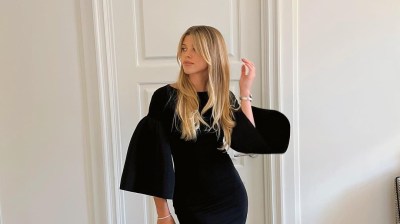 He Put a Ring On It! Sofia Richie Is Engaged 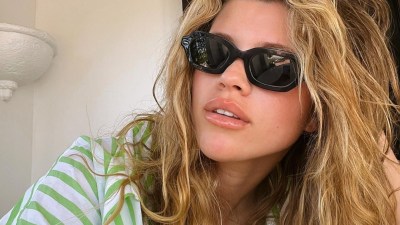