She’s the Aussie model-turned-actress with a giant fanbase in China. GRAZIA spoke to the new face of BONDS during her recent whirlwind trip home

CAN YOU TELL US SOMETHING THAT WOULD SURPRISE US ABOUT YOU? I was in my first year of a law degree when I decided to pursue acting instead.

WHAT’S THE WILDEST JOB YOU’VE EVER DONE? Just wrapped the press junket for my first Chinese film Detective Chinatown 2, which involved stopping at two rural cities in China per day. We got mobbed regularly, as my co-star is a hugely famous actor in China. We caught around eight bullet trains and six flights.

I did interviews in Mandarin, which I couldn’t speak a year ago. It’s been a wild week. 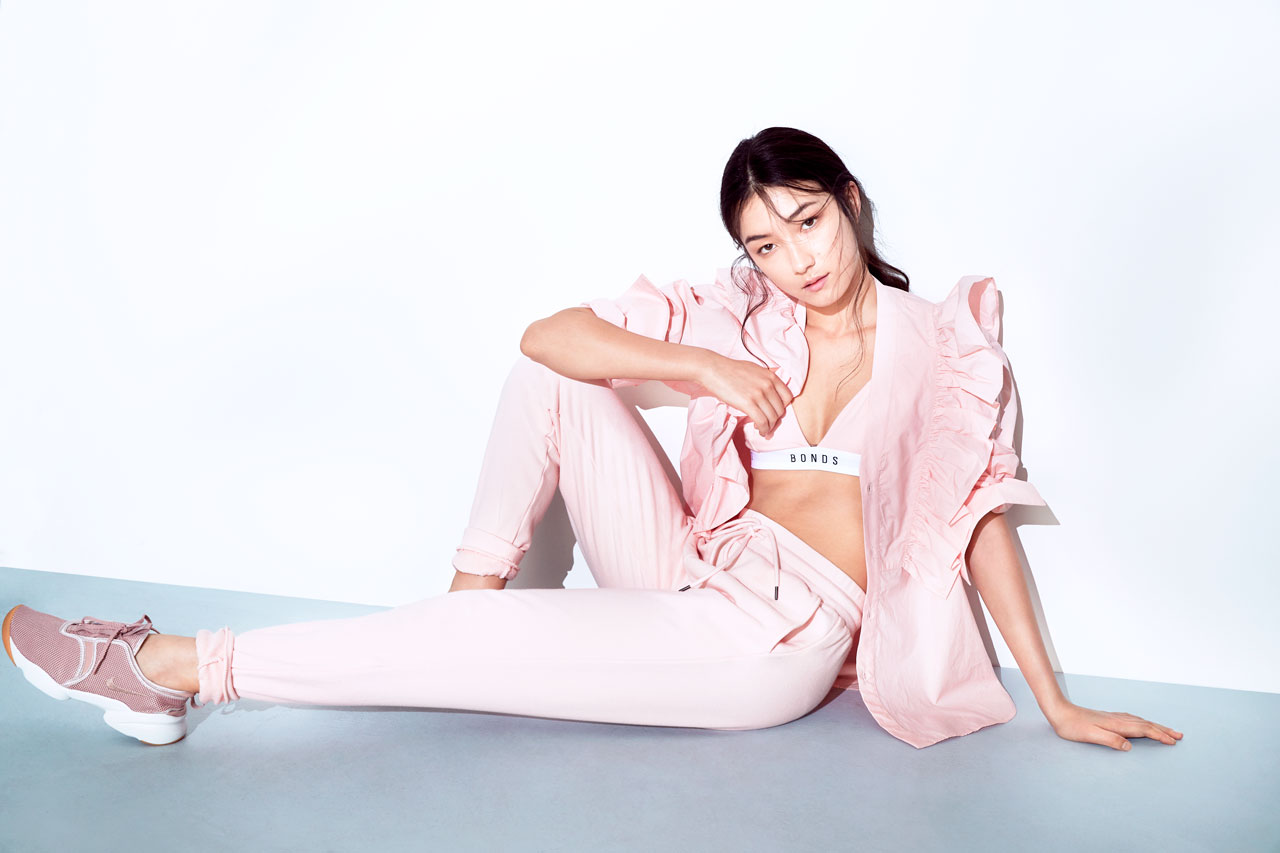 WHAT TRAIT OF YOURS IS THE BIGGEST GIVEAWAY OF YOUR AUSSIE UPBRINGING? Being so chill about everything. Not sweating the small stuff. The other giveaway is that I can’t stop talking about home whenever I’m away.

CAN YOU TELL US SOMETHING YOU COULDN’T LIVE WITHOUT? A kitchen. And the Headspace app.

WHO’S YOUR TYPE AND WHY? People with kind-hearts, vulnerability, wit, loyalty and who are hilarious. 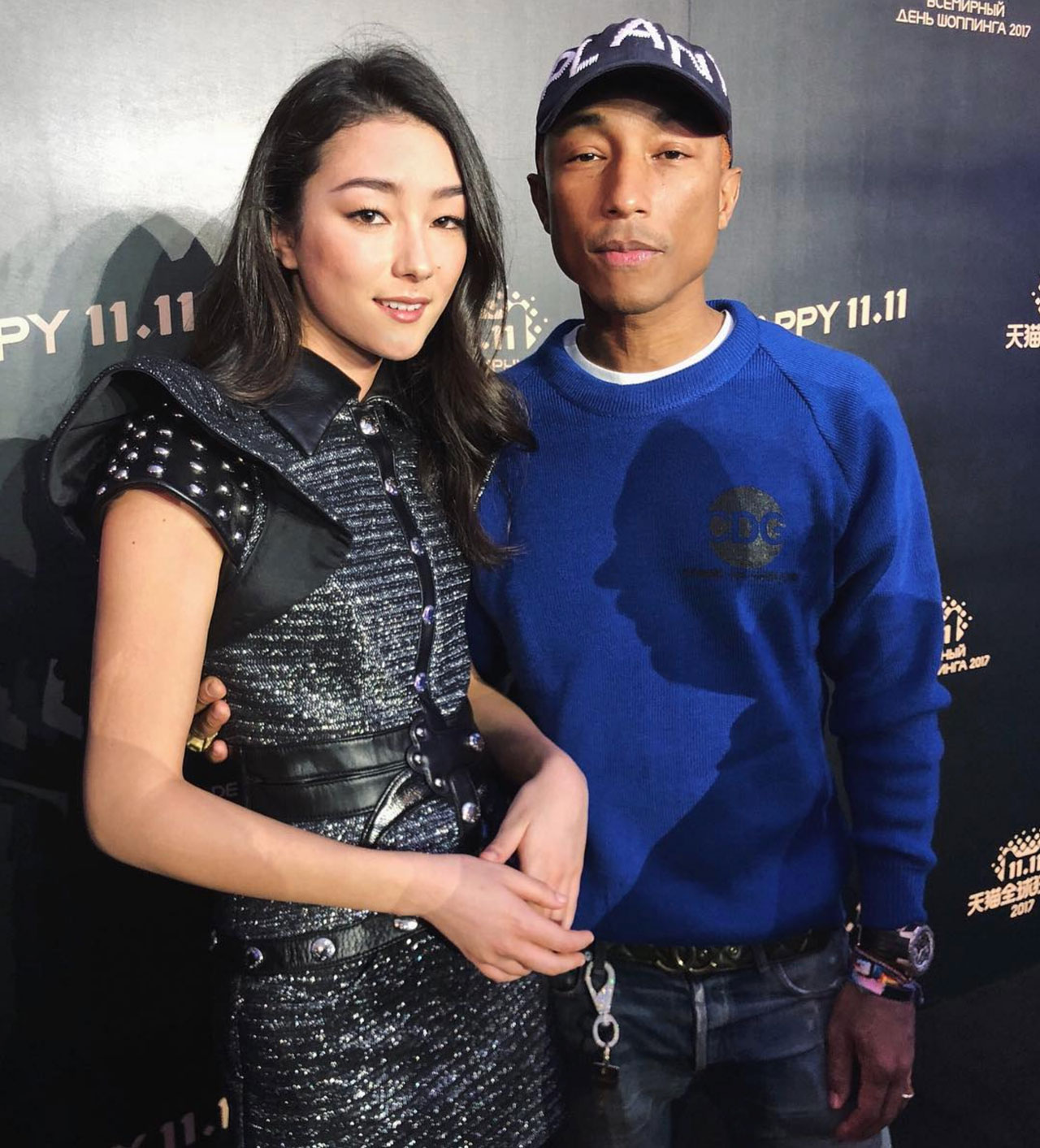 WHERE DO YOU CALL HOME NOW? I’ve spent the last three years mostly on the road. I find little homes wherever I am – in a friend in Shanghai, a cosy cafe in New York, or a quiet park in Los Angeles – but Sydney is still the city where I truly exhale and feel completely at home. I love the land itself, its sandstone cliffs, its storms, the crazy racket of passing birds at sunrise, and of course, my parents and oldest friends are there.

CAN YOU DESCRIBE YOUR CURRENT PERSONAL STYLE? I get influenced a lot by my travels. Sometimes it’s a good thing but I think it also influences me to put looks together that don’t make a lot of sense.

If my life is chaotic the often my dress-sense is too. 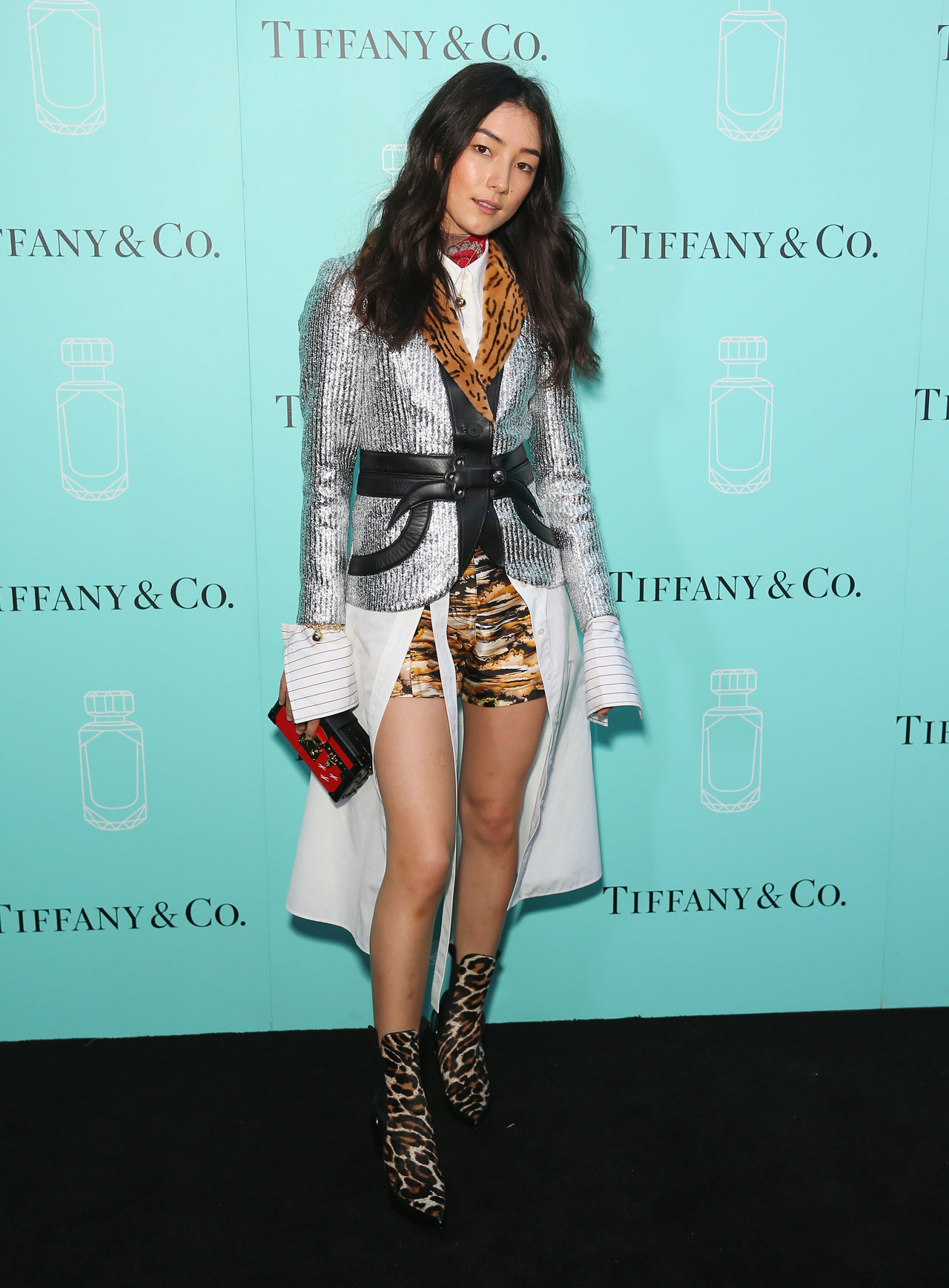 WHAT’S TOP OF YOUR FASHION WISH-LIST FOR 2018? I want to find some cool handmade rings and other unique jewellery pieces.

WHICH SHOE STYLE BEST SUMS YOU UP? Sneakers.

WHAT IS YOUR FIRST BONDS BRAND MEMORY? Like most Aussies, my first Bond’s memory was as a kid: a drawer full of scrunched up cotton undies, one for every day of the week.

WHAT TICKLES YOU MOST ABOUT BEING ITS LATEST FACE? It’s a brand I grew up with, and when a brand is that familiar to you, it’s super surreal to actually work with them. 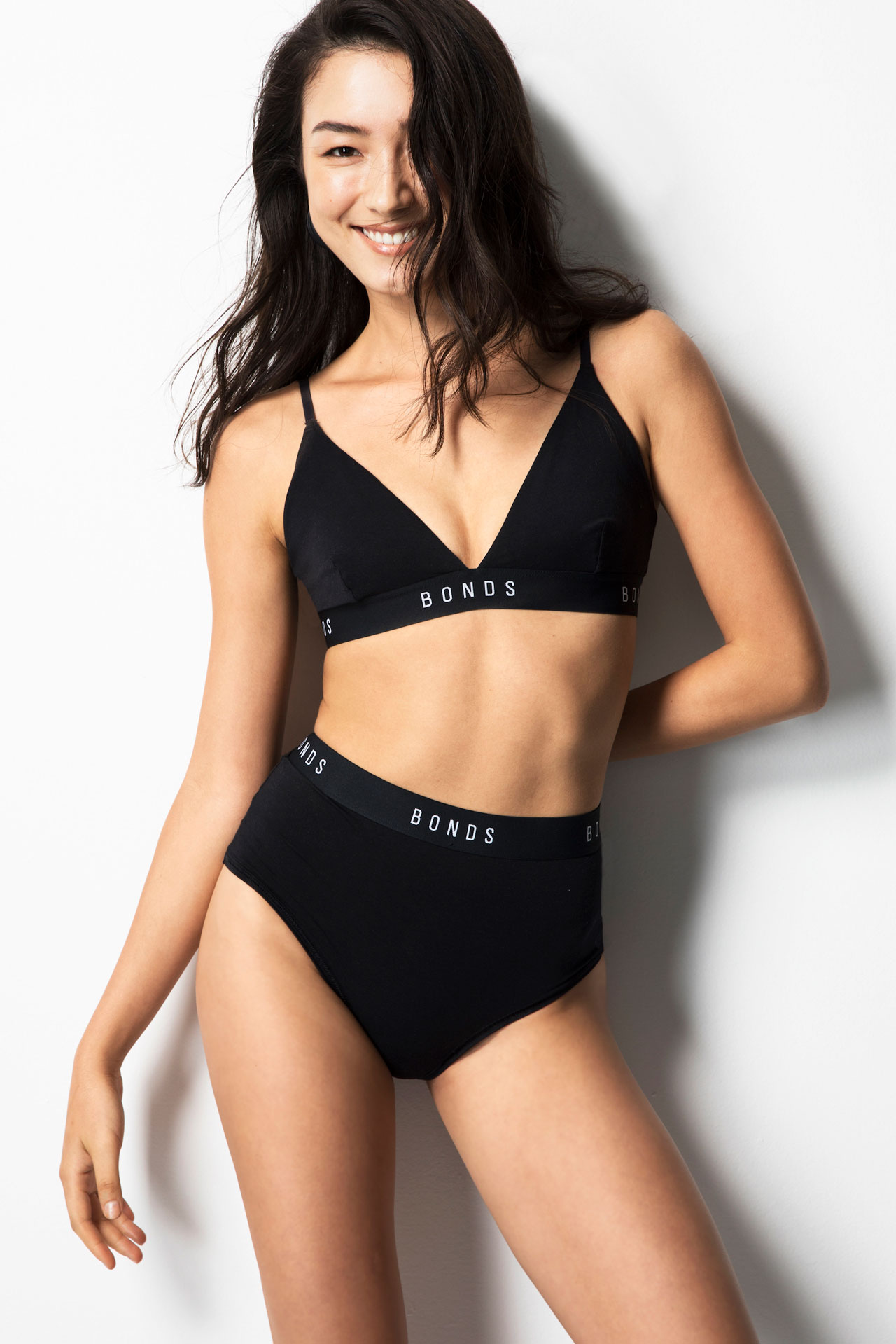 WHAT’S THE SCARIEST JOB YOU’VE EVER DONE? The most terrifying job I’ve done is probably filming Hotel Mumbai. Because of the nature of the story being based on the 2008 terrorist attacks in Mumbai, we filmed part of the movie in rural Mumbai, with real explosives and semi-automatic weapons. It was a pretty full-on experience.

WHO HAS BEEN YOUR BIGGEST PERSONAL MENTOR OR INSPIRATION TO DATE? Michelle Yeoh. I was lucky enough to work with her for almost four months on my first film, Netflix’s Crouching Tiger Hidden Dragon: Sword of Destiny. I hit the lottery meeting a role model like her on my first project; a mindful, confident, generous woman who took me under her wing and guided me through that chaotic time.

Her career speaks for itself, and I often seek advice from her when I’m having a hard time seeing the best way forward. 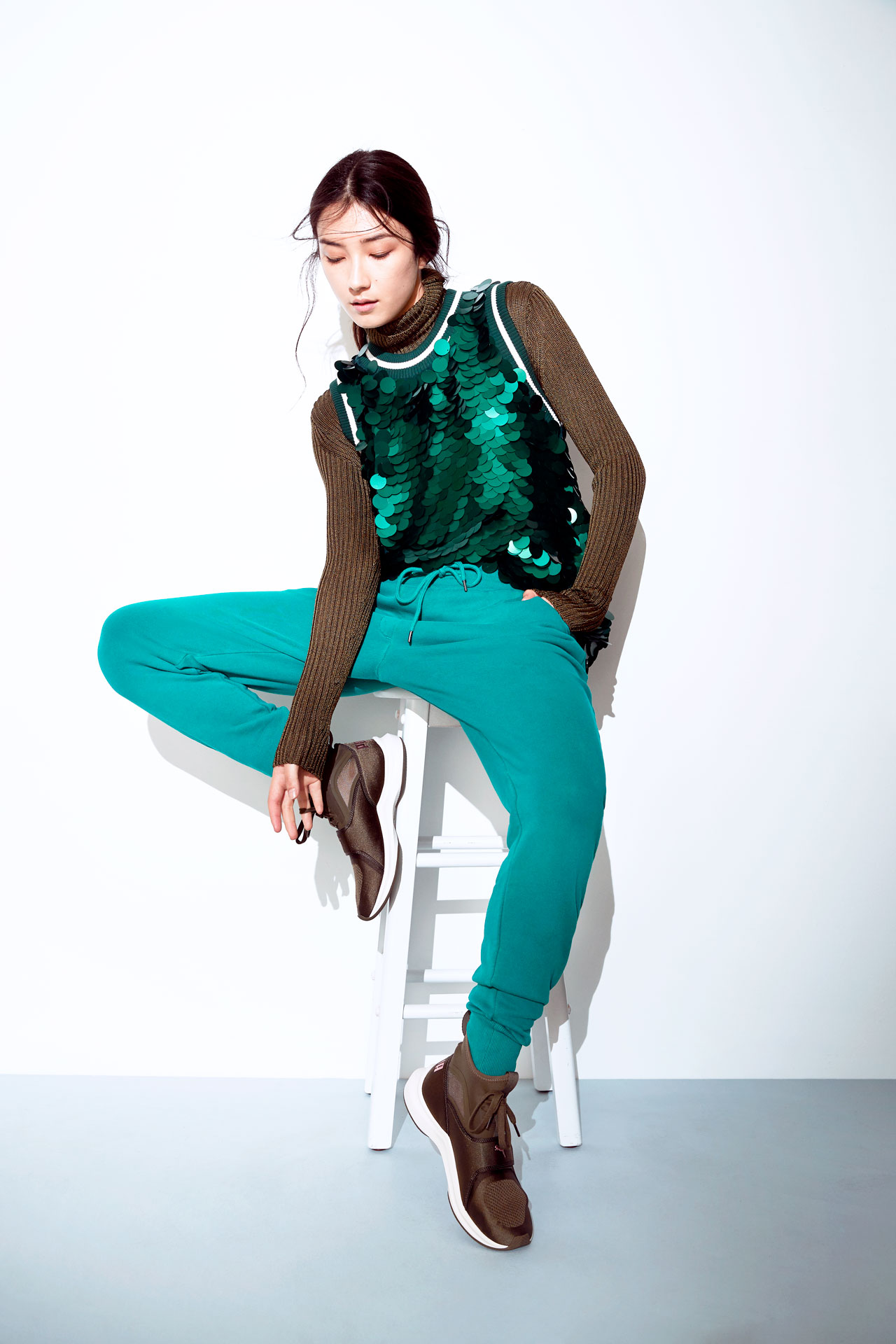 WHAT’S YOUR BEST LONG-HAUL TRAVEL TIP? Use travel-friendly essential oil blends to calm down or go to sleep. A lavender oil-based mix is always a safe option for anxiety and insomnia.

CAN YOU REMEMBER THE LAST TIME YOU LOST YOUR TEMPER? I didn’t totally lose my temper, but miscommunications due to language are the absolute bane of my existence this past year. The last time I remember almost losing it was trying to communicate to a hotel’s staff in Shanghai that I needed cotton buds or Q-tips. They sent a steamer, and then a basket of fruit, and then finally after my fourth call, they sent the engineer to my room. All the while I just needed a cotton bud to fix my makeup for an event. At least it’s funny in hindsight. 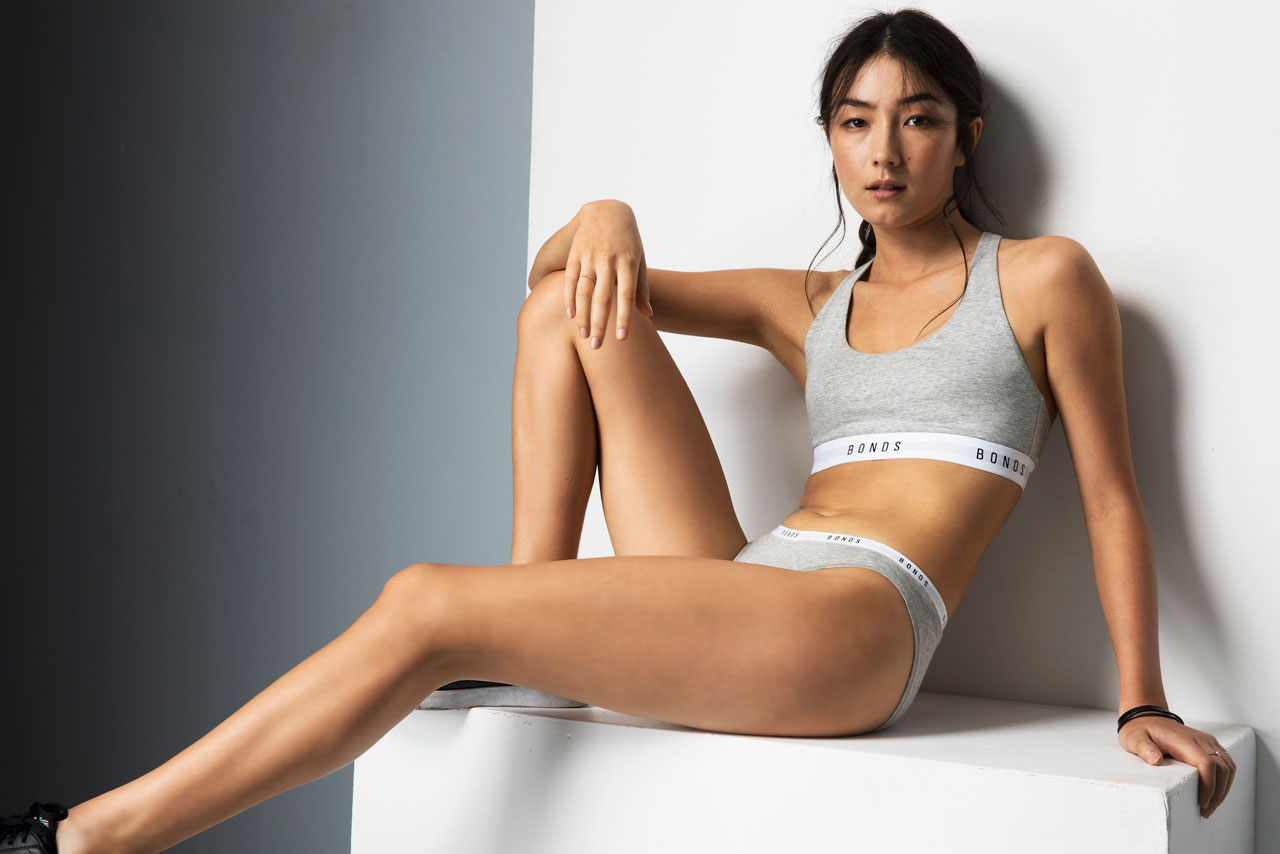 WHAT WOULD YOU BE DOING NOW IF YOU WEREN’T AN ACTOR? Well, I was originally studying law but I’m not sure I could go back to that now. I’ve been increasingly fascinated with design, particularly interiors and gadgets for the home. Even on a larger scale, buildings and architecture. Traveling so much and living in so many hotel rooms, apartments and AirBnBs, I’ve become hyper-aware of how our surroundings shape our daily mood and cognitive load.

WHERE AND WHAT WOULD YOU LOVE TO BE BASED AND DOING FIVE YEARS FROM NOW? I’d love to be continue being based between Los Angeles, Beijing and Sydney and hopefully would have started a company by then to start producing original content and try my hand at producing and screenwriting.

WHAT’S BEEN YOUR BIGGEST LIFE LESSON SO FAR? Not to be afraid of failure. And on a much larger scale, realising we’re all in this together.

NATASHA LIU BORDIZZO is the face of the new BONDS Original Underwear. Visit here for details.