I Went to Las Vegas for Rest and Relaxation

What happens if you skip the booze, gambling and debauchery – and the resulting fear and loathing so accurately depicted by Hunter S. Thompson – in Sin City?

On my first day in Las Vegas, I saw the sun come up. Pink-gold light peeked out from behind the fake Manhattan skyscrapers and spilled over the deserted Strip.

I wasn’t stumbling, heels in hands, back from dancing to Calvin Harris under laser lights all night. To the contrary, the night before I was tucked up in bed at 10pm to be ready for my 5am alarm. I was being picked up by my guide from Take A Hike for a trek through the Valley Of Fire, a state park about an hour outside of downtown Las Vegas known for its surreal red, twisting rock formations.

Turning out the lights in my hotel room before midnight, seeing the Strip glowing neon below, I wondered if I was missing the point of Sin City. Shouldn’t I have been, I don’t know, dancing in a bikini at a foam party or gambling a month’s rent on black?

What I’ve since discovered about Vegas is this: the city’s innate desire to take things to the extreme, resulting in casinos bigger than football stadiums and take-away cocktails the size of your head, also applies to its health and wellness scene. Why do yoga in a boring old studio when you can do sun salutations in the world’s tallest Ferris wheel? Or fly in a helicopter to do downward dogs on the top of a mountain? Yes, the former and latter are real activities you can and should do in Las Vegas.

The other thing that makes Vegas an expectedly perfect place to rest and rejuvenate is the pervasive sense that real life is suspended, like some kind of Truman Showsituation. Sure, it’s almost always warm and sunny, but it’s more than that. Is this the real life?, you think, as you pass the fake Statue of Liberty. Walking the Strip, you notice that those markers of the mundane parts of normal life – accountancy firms, newspaper stands, hardware stores – are conspicuously absent. That stuff is waiting for you back in your real life. The sidewalks and escalators, lined with jasmine flowers and speakers that play mindlessly upbeat music, are designed to move the masses up and down the Strip with safety and ease. All you have to do is join the flow with no destination in mind and wait to see what pretty, shiny thing draws you in. So long as your out-of-office is on and you don’t spend the whole time scrolling Instagram, it’s shockingly easy to leave the world behind and take a mental break.

Without further ado: how to DIY a wellness retreat in Las Vegas.

DO A BUCKETLIST-WORTHY YOGA CLASS

The High Roller – the world’s tallest observation wheel at 167 metres – is easily one of the most spectacular places that exists to do yoga. As you move through those downward dogs and sun salutations in your private air-conditioned capsule, the glittering Vegas Strip, then the desert and mountains beyond, come into view. My teacher, Dray Gardner from Silent Savasana, led me through a one-hour practice (that’s two full rotations of the High Roller) with a calming, vibrant energy that made doing yoga 167 metres above the Las Vegas Strip somehow even more uplifting.

When I asked Dray if the High Roller was the most unique venue he teaches in, to my surprise he said it wasn’t.

“Next time you come back, you’ll have to come and do heli-yoga,” he said, “we fly a helicopter out to the Valley of Fire and do the practice on a mountain top.”

For costs and more information about yoga in the High Roller, visit the website.

Las Vegas has to be one of the world’s most unnatural landscapes, a man-made mega resort of concrete, steel and glass in the middle of the desert.

But Las Vegas’s location in southern Nevada, bordering California and Arizona, means it’s surrounded by some of America’s most jaw-dropping landscapes. Las Vegas tends to be thought of as a city break, but after just one hour of driving I was wandering the other-worldly landscape of the Valley Of Fire with Take A Hike, a small group tour company passionate about showing off the region’s natural beauty.

My guide, David, expertly led me through a breath-taking section of Nevada’s largest state park, pointed out Native American petroglyphs (rock paintings) and, because of the early start time, had me back in Las Vegas in time for a well-earned long lunch.

To see the various tours on offer from Take A Hike, visit the website.

HAVE A SPA DAY

Deep inside the city-within-a-city of Caesars Palace lies an oasis. Fitting for an Ancient Rome themed resort, Qua Baths is a day spa centred around a series of thermal baths. Put on a swimsuit, leave your phone in a locker, grab a fluffy white robe and move through the various pools, saunas and steam rooms (a massage or facial is recommended for the full experience). Because anything is possible in Vegas, there’s even an ice room with gently falling ‘snow’. 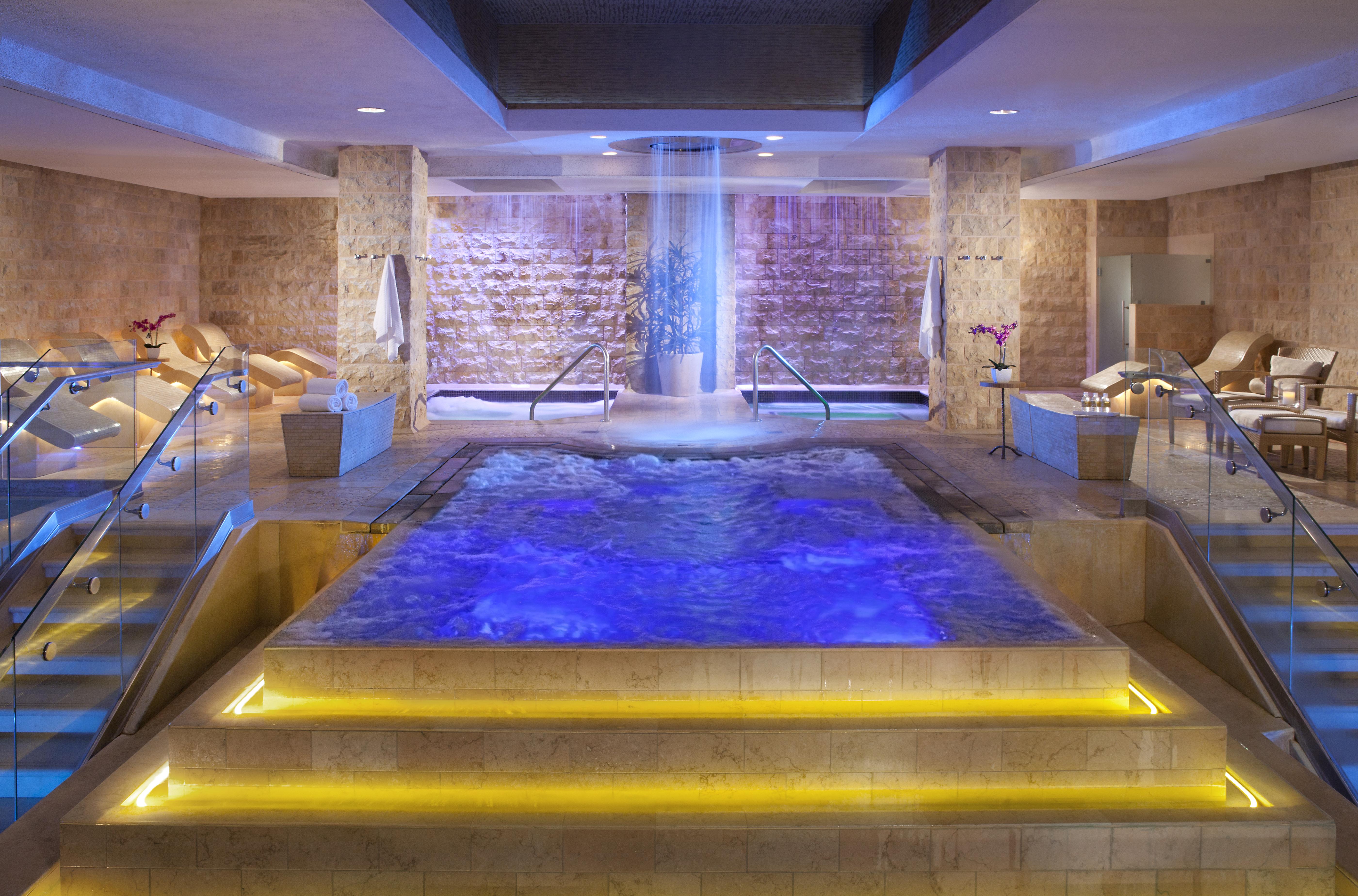 If you find yourself at the Mandalay Bay, the hotel has a spacious day spa with a pool, steam room and sauna, with massages, facials and other treatments on offer.

If you’d rather leave Las Vegas without feeling like you competed in a hotdog eating contest, it is possible to find food that’s healthy (ish) – or at least, not deep-fried.

Nobu is one of Vegas’ top bucket-list dining experiences for good reason. You think you’ve had good sushi before, and then you feel the sashimi melt like butter on your tongue. You think you don’t like sake, and then you sip a thimble-sized serve of the traditional Japanese spirit that tastes more like a white wine that’s been infused with delicate flowers, honey and blessed by Oprah. Nobu may very well ruin all other sushi restaurants for you for the rest of your life, but honestly, it’s worth it.

The recently opened NoMad Hotel, the Vegas outpost of the cool boutique chain you might’ve visited in New York or London, has filled a gap in the Vegas dining scene for casual-elegant American cuisine. At NoMad Restaurant or NoMad Bar, created and managed by Michelin-star chef Daniel Humm, a sophisticated salad is actually a Las Vegas possibility – but that doesn’t mean you shouldn’t get the beef burger, too.

You can skip the hedonism-hangover rollercoaster in Vegas, but there are still some essential bucket list activities. One of those is a helicopter tour of the Grand Canyon. Sundance is the only company with the rights to land in the canyon itself, due to an agreement with the traditional land owners. After flying over the Hoover Dam and the Colorado River, you’ll land on a bluff in the Canyon, have some time to wander in the serene desert landscape, then sit down to a champagne picnic before flying back. 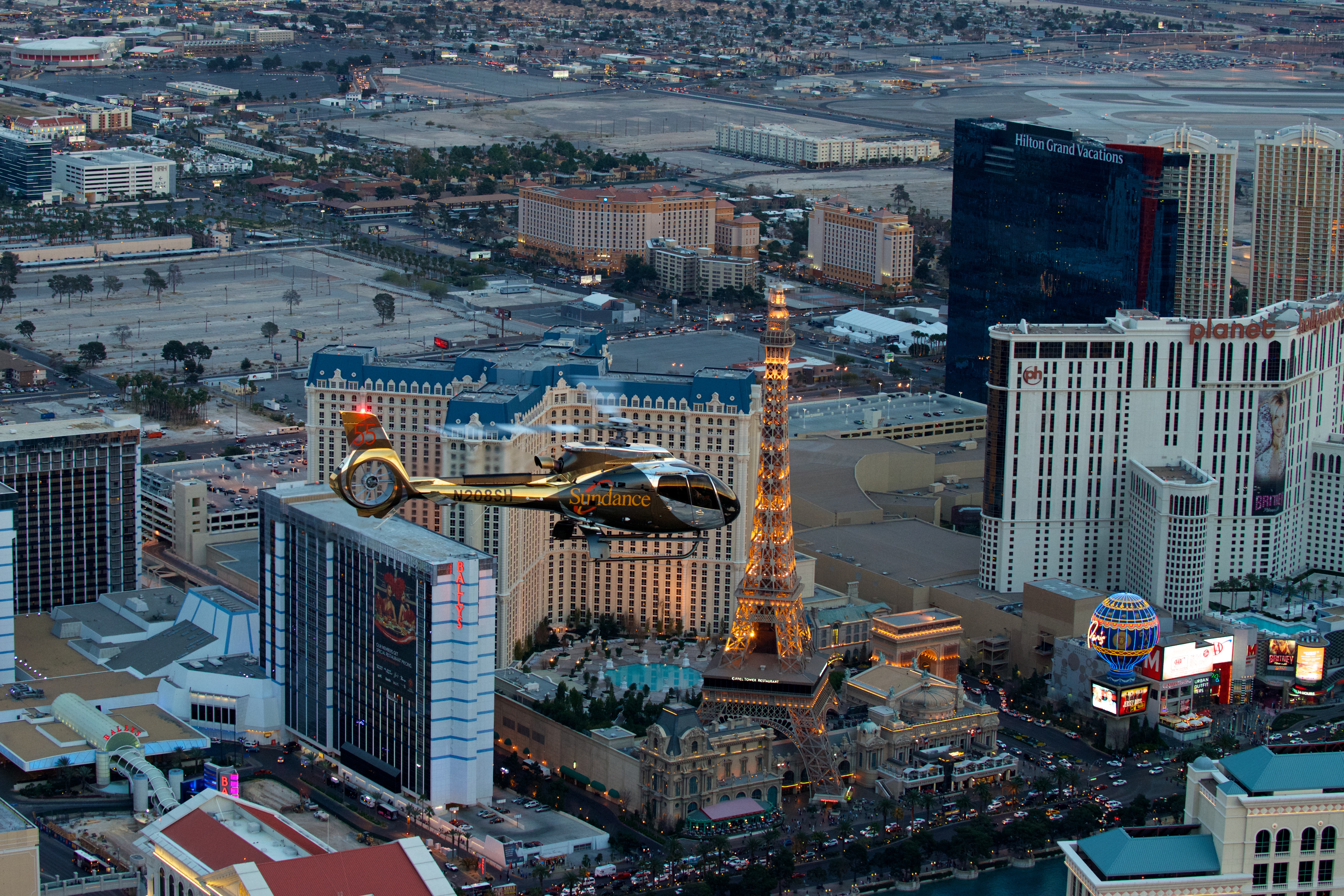 Going to Las Vegas for the museums makes about as much sense as going to Abu Dhabi for the Vietnamese food, but Vegas is in fact home to some good ones.

If you only get to one museum in Vegas, make it The Mob Museum up in the ‘old Vegas’, retro-fabulous Fremont Street District. The Mob Museum is essentially like being inside a true crime podcast; it offers a fascinating look at the history of organised crime in America, with a focus on the Prohibition era and the growth of the mob. The museum holds more than 1000 artefacts and exhibits; you can listen to FBI surveillance tapes on wiretapping equipment (this one’s for you, The Wire fans), and when you’re done wandering, have a drink in the 1920s feel speakeasy bar.

Entertainment is world-class in Vegas, and you’d be remiss to leave without seeing at least one performance. There are a number of Cirque du Soleil shows in Las Vegas, and if you only see one, make it ‘O’. The water-themed production serves up the signature super-human acrobatics with a mind-blowing aquatic element.

WHERE TO STAY IN LAS VEGAS

Since it opened as a 293 room property on the top four floors of the Park MGM complex in late 2018, NoMad Las Vegas has brought something to the destination it was lacking in: a stylish boutique hotel. Like its sister properties in New York, Los Angeles and elsewhere, the NoMad is dripping in classic French salon elegance; communal spaces are styled with velvet, dark woods and low-lighting, and rooms have touches like freestanding tubs and hardwood floors. You could almost forget you were in Vegas, if it wasn’t for the uninterrupted views of the The Strip. 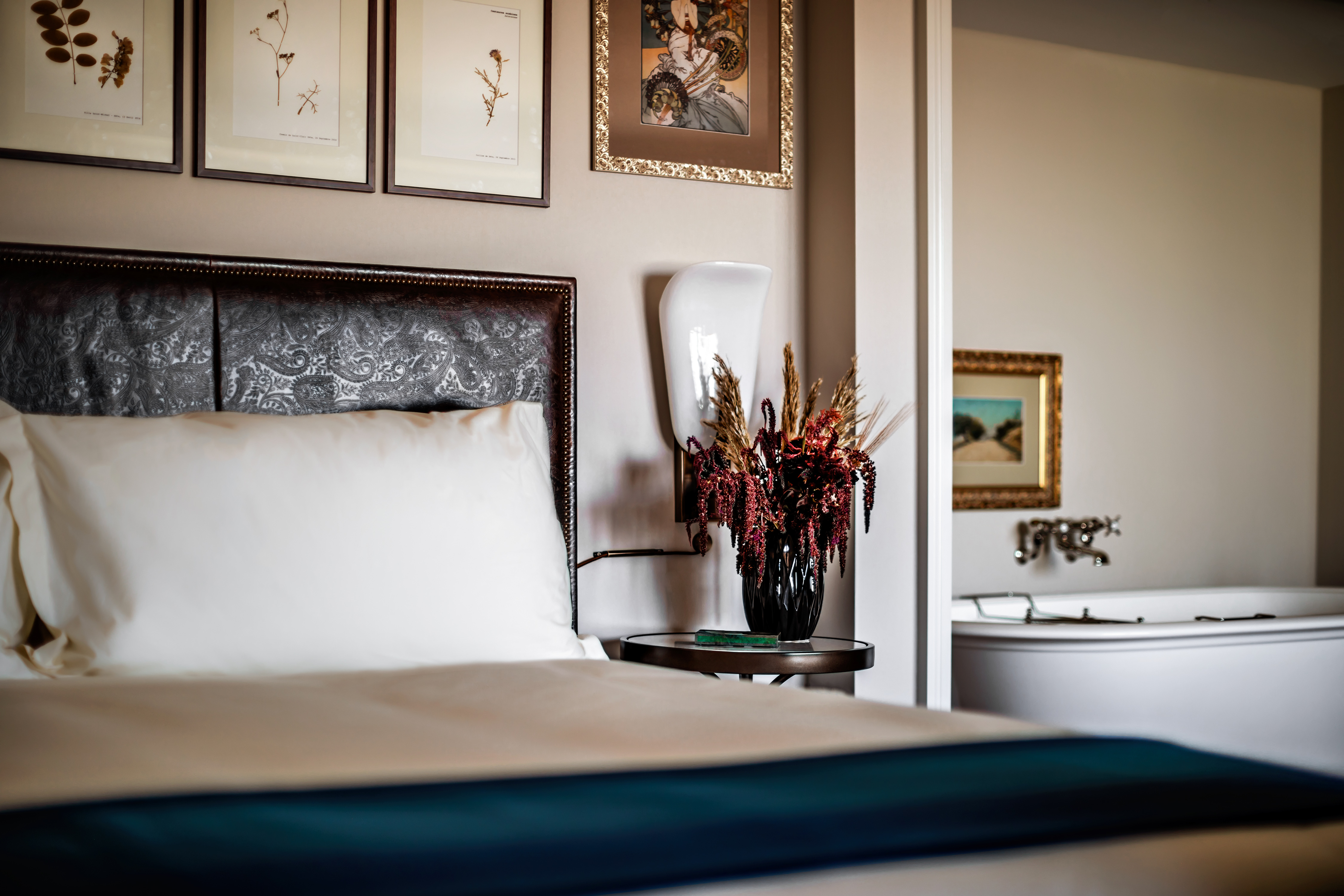 Sometimes, however, you want the quintessential Vegas experience; gaudy, glittering and excessive. The perfect place to find it is The Palazzo, the Italian-themed jumbo-hotel so big it truly deserves its own post code. It’s hard to beat the Palazzo’s oversized rooms with sunken living rooms, and floor-to-ceiling windows with an iconic view looking north along The Strip taking in the Fountains of Bellagio.

For more information go to www.visitlasvegas.com