How did Michael Jordan - basketball's GOAT and every man's (and sport fan's) wet dream - become my style icon? Netflix, of course

I am a 5′ 4″ (and a half) Caucasian woman. I have hips, a bit of a booty and would sit on the “petite” side of things. I am definitely not a 6′ 6″, 100kg African-American male. I didn’t play 15 seasons in the NBA, win six championships with the Chicago Bulls, six Finals MVP’s, or am considered the greatest basketball player of all time, but, I really want to dress like him. Considering our very palpable physical differences, it may come as a surprise to you that I want to dress like Michael Jordan. He was physically brutish, burly, beefy and buff. A specimen, almost Godly in physique. I – while I like to consider myself Greek Goddess-y – am in reality pint-sized, puny and at the the moment, a little pudgy (thanks to isolation-induced baking). So to have Michael Jordan as my current style muse seems slightly strange. There’s of course the case of gender, too, but in this day and age such an argument is quickly rebuffed as non-binary fashion rules (and rightly so). So how did I land upon every man’s (and sport fan’s) wet dream as my style icon? Netflix, of course.

‘The Last Dance’, the new ESPN / Netflix docuseries which charts the rise of the Chicago Bulls dynasty, is my household’s current binge. Dropping in weekly two-episode instalments, it’s quickly replaced ‘Tiger King’ as our iso compulsion and we collectively wait every Monday night for the next two to arrive. Sure, I live with two sport-obsessed males, but I am actually a huge sports fan, too. Don’t let the Bottega and blow-wave fool you, I live and breath AFL, I love tennis, and am glued to the screen when the World Cup is on. But I’ve never been a big basketball fan. Of course, I know the basics: slam dunks and set shots and subs, even flagrant fouls, and I of course know the GOAT, but I didn’t really know how great Michael Jordan’s style was. Until now. 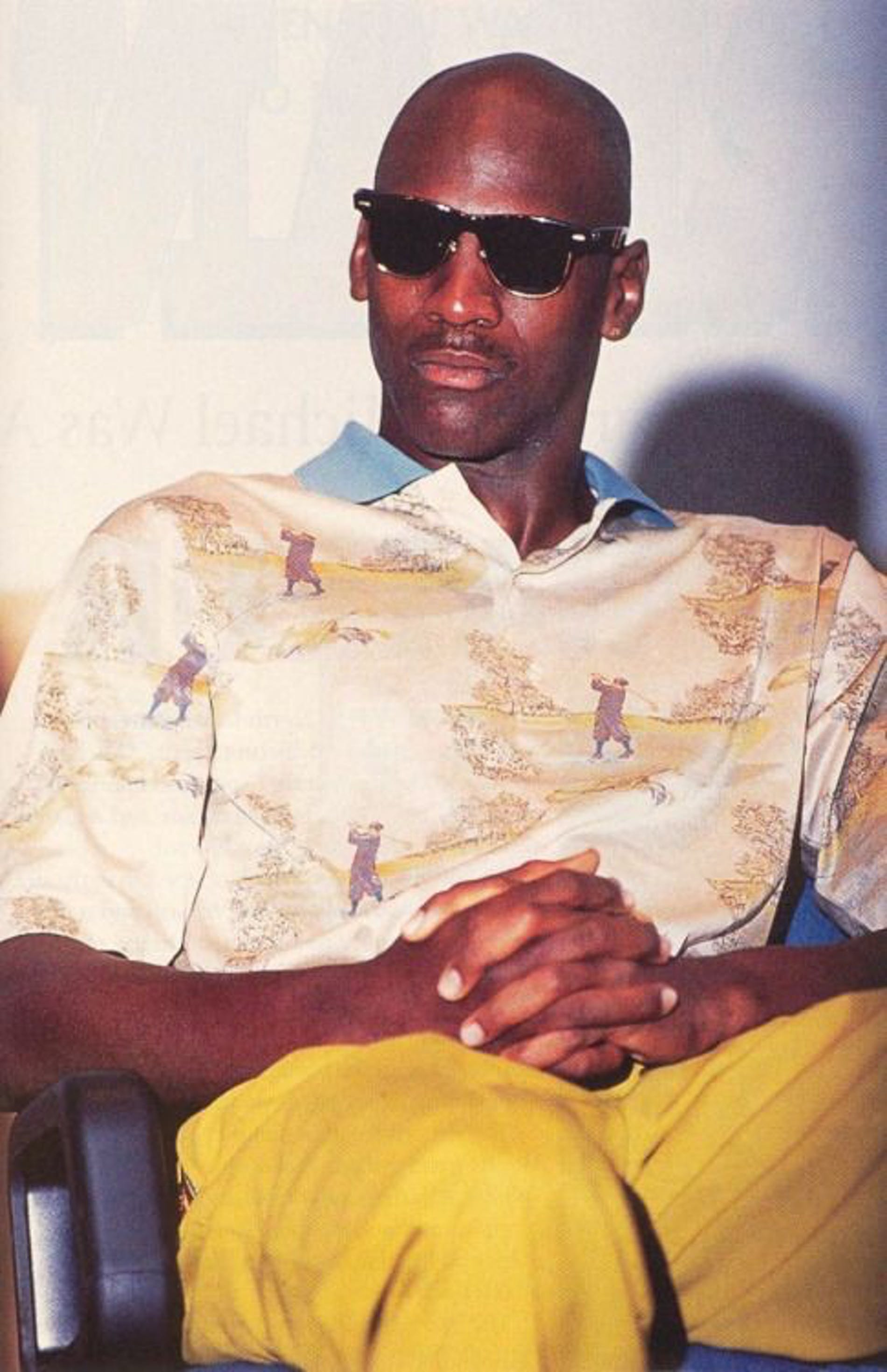 While my housemates audibly swoon at Jordan’s basketball prowess – his nonpareil ability, his artistry, his flight – I sit there every Monday night swooning (audibly, also) at his style. Ooh, it was good. Like awfully good. In the past, Jordan has been derided for his “terrible style” – the gargantuan suits, the single gold hoop earring, the berets – but in today’s cultural Zeitgeist, where the ’90s unequivocally marshals modern fashion, Jordan’s “terrible style” is not so terrible after all. In fact, it’s excellent.

One of his signatures, the oversized power suit, today exists as one of the most coveted items to own, with even the most intrinsically feminine designers adding boxy, boyish suiting to their repertoire. Watching the series, his suits – even from the female gaze – are simply magnificent. “I’m a suit guy. I have anywhere from 100 to 150,” he told GQ in an interview in the ‘90s. But it wasn’t merely the fact that he owned and loved suits, but the way he wore them, his approach to tailoring. “What Michael did, he came in and started wearing these beautiful Italian suits but they were modified,” Tinker Hatfield, the creative director for product design at Nike and the man responsible for developing the Air Jordan shoe, told the Chicago Tribune in 1999. “He would modify them not only to fit, but he would also play with the look a little bit and he would take an Armani suit and restructure so it would drape differently.” It was Jordan’s finesse at wearing a suit, his aforementioned attention to detail like drapery and proportion and early advocacy of tailoring, that struck me so. 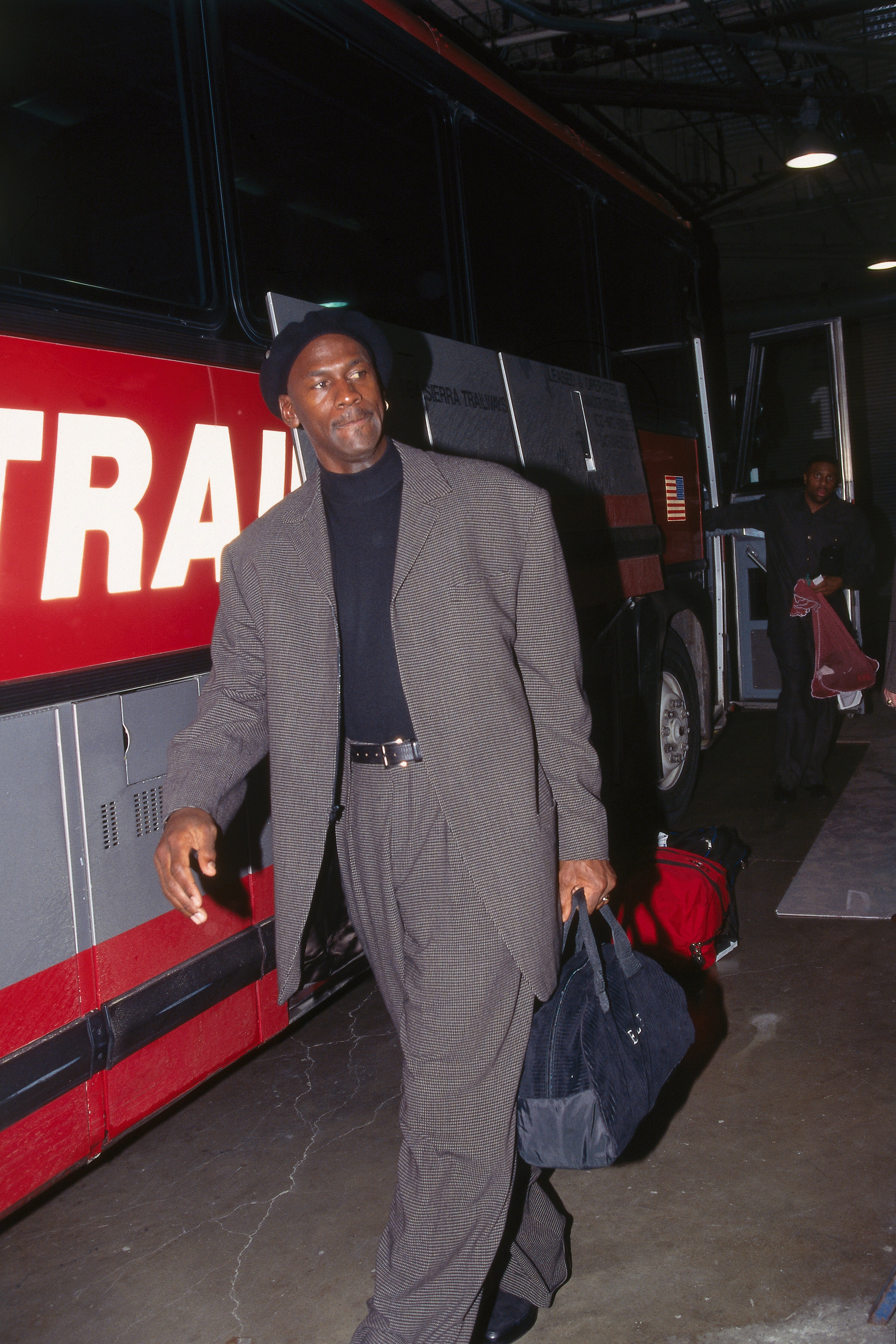 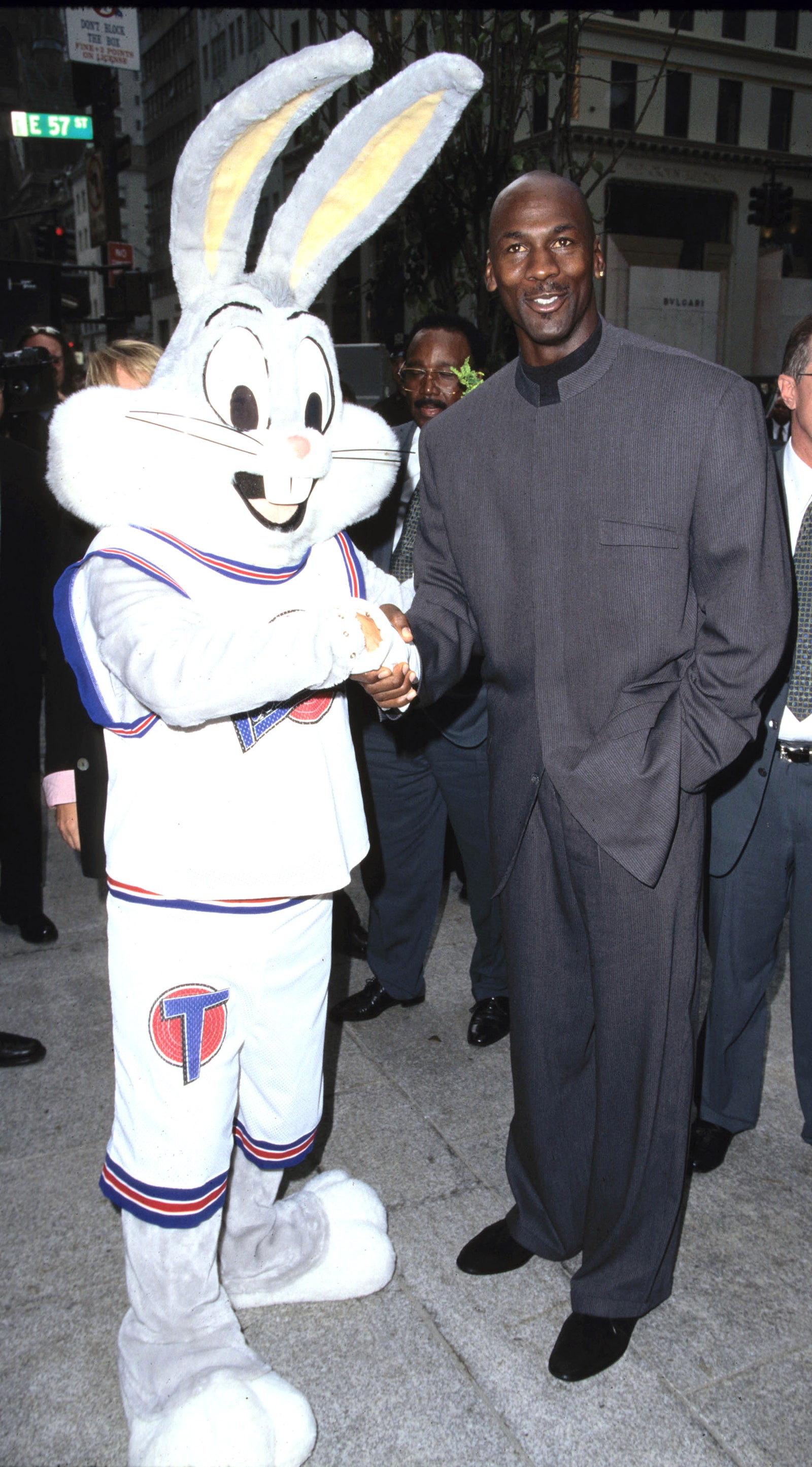 Basketball’s BJ era (before Jordan) was a time when players didn’t dress up. In fact, Hatfield argues they were actually “very poorly” dressed. “It’s really pretty fascinating, but if you were around the NBA 15 years ago those guys dressed very poorly,” he explains, crediting Jordan for the tangible shift in player style, even calling it “the Michael Jordan effect”. “He really started coiffing himself so well and he did it in a high-class way that was really appealing to other athletes,” he adds.  His suit wearing post-game at press conferences rocked the NBA narrative of player dress codes, adding a gentlemanly-like quality not yet seen before. His love of longer baggy shorts prompted the entire league to abandon the short shorts they’d been ducking and dunking in for years, creating what we have now come to define as “basketball shorts”. When fashion wunderkind Daniel Lee presented a pair of baggy Bermuda’s in his debut season for Bottega Veneta, he cited the basketball short as his inspiration. Four seasons later, and fashion’s spin on the basketball short remains steadfast with designers Frankie Shop, The Low Classic, Burberry and Jacquemus all shooting this particular style hoop.  To enter to the singular and stylish universe of Michael Jordan one must be willing to give size a go. This is perhaps his greatest style legacy above all else – one which spans all signatures of his personal aesthetic. When dismembered, each individual part of his look was spoof-life in size, almost a parody of itself.

His Chicago tailor, Alfonso Burdi, did most of his custom tailoring. Burdi’s son, Rino Burdi, told GQ the relationship began when they surprised him with a one-measurement custom suit prototype: “baggy pants, jackets extra long and extra full”, with the idea that they’d adjust the fit to a traditional slimmer cut on future fittings. But Jordan being Jordan, loved its capaciousness, ordering 13 more that day – all cut big. His suits remained spatially large thereafter, with the pants, too, cut wide to accommodate Jordan’s bowed legs. Rino Burdi told GQ they adjusted his pants’ patterns so they’d hang straighter because Jordan, who astonishingly considered himself a “petite-type person,” liked what wide styles did for him. 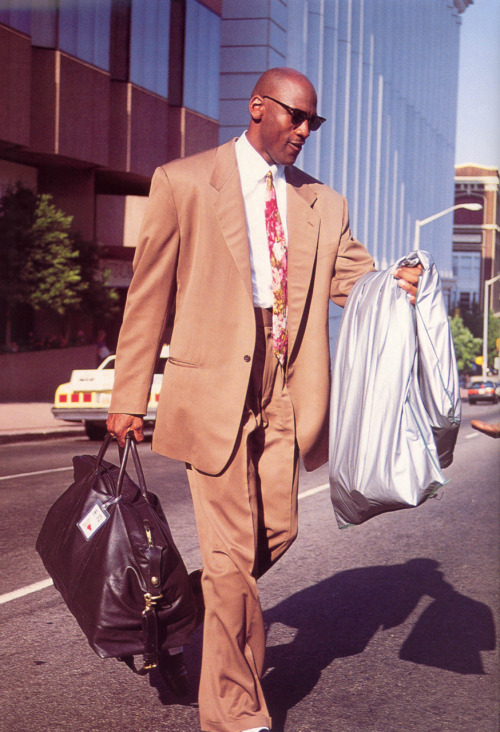 Interestingly, he was also gender-bending long before the non-binary movement of today, drawing inspiration from women’s magazines and occasionally using fabrics from the womens’ lines that Burdi would carry. His fondness for drapery stemmed from what I see a kind of body dysmorphia, with Burdi adding he would hide his “skinny body behind clothing that draped,” even widening his lapels to a 1930s kind of gangster width to hide himself even further.   Along with the baggy suits and shorts, there were also bootleg jeans, particularly breezy at the hem, big leather blazers, even cargo pants, which he got kicked off a Miami golf course for wearing.   Muscle tees made up his training style, often layered artfully to both cater to Chicago’s sub-zero temperatures and ostensibly offer a sense of “cool”. He would even rock up to training in a chic designer coat over full Bulls training gear, a wonderful display of both his sense of fashion quirk but also impenetrable confidence. Watching the docuseries, the takeaway feeling is exactly this: the man’s unrivalled resolve. It is, quite fittingly, mystic. His fashion choices too fit this mould; he proudly wore what he wanted, bucked social norms of dressing yet was a stickler for impeccable presentation. It was swagger meets suave. Perhaps it was this unexpected merger of streetwear and high fashion that set the precedent for the haute street movement of today, a category so powerful I believe it will come to define this new decade of fashion. 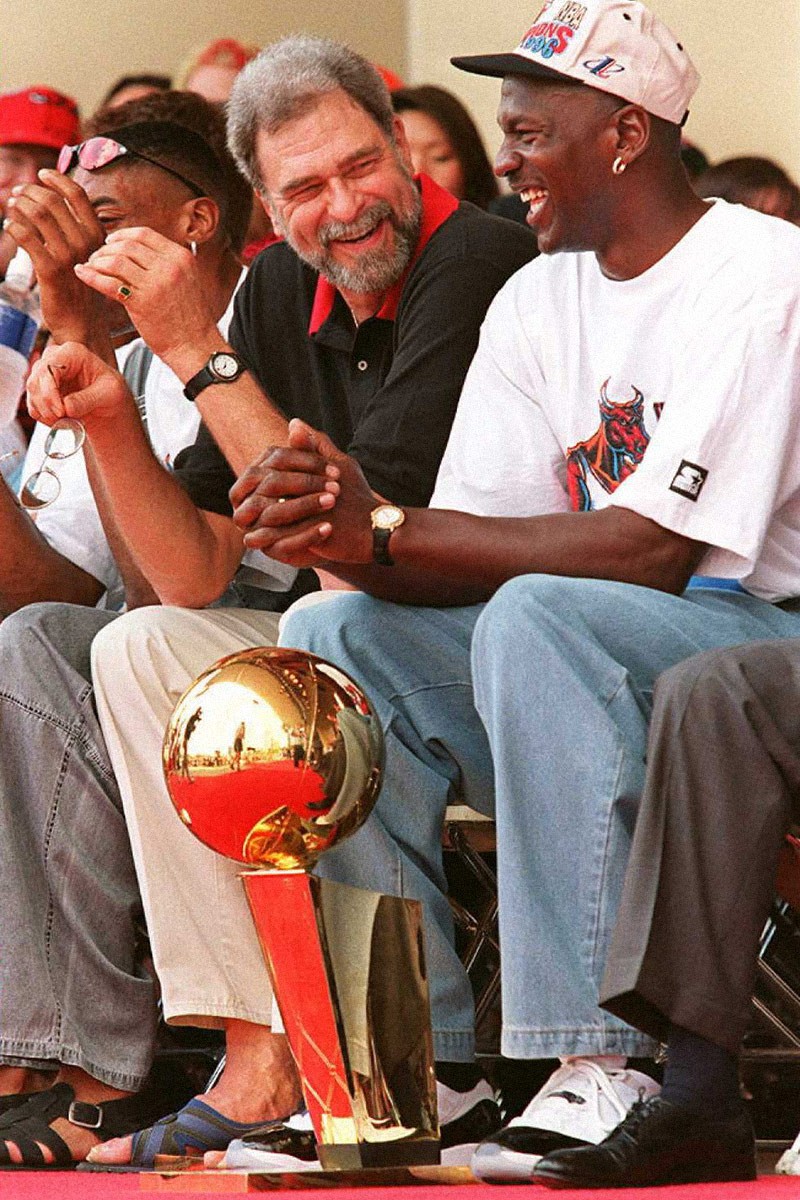 His on-court fashion antics were equally, if not, more powerful. He gave rise to the status of sportswear, elevating it and making it so very desirable. He was the original influencer, setting a precedent for sports stars commercialising their most prized real estate – their face – into a brand.

When Jordan started playing, NBA regulations stipulated that only generic shoes provided by the league could be worn – Chuck Taylors and Stan Smiths – and that these shoes could be white only. Then, of course, the famous Air Jordan came into fruition. Designed in collaboration with Nike in the Bulls colours – red, white and black – Jordan wore his namesake shoe in every game he played – despite the NBA’s rules. And every game, he was handed a $5000 fine, which Nike would pay – because is there any better form of advertising than Michael Jordan swooshing around the court a Nike Air Jordan 1 and Air Jordan 11? The Air Jordan empire, now estimated at a cool 2.1 billion USD, single-handedly changed the way players market themselves, shifting the entire sporting apparel stratosphere. Not only did he gift the game with arguably the greatest talent the world has ever seen, but he shaped the way the players dress today, across all sports, both on and off the court.

But for a long while, Jordan was seen as a living, breathing artefact of the era’s ugly anti-fashion movement. Many have argued in favour of his utter un-hipness, a byproduct of having endless money and “zero fucks”, apparently. But unlike other fashion fossils of the decade – the Jen’s, the Gwen’s, the Elaine’s – I actually believe Jordan had natural style. You could tell it came naturally to him, even the jarring incongruities were purposefully put together, the earlier example with the Armani suit and his deliberation over drapery evidence of this. While his couplings may have been curious, they laid bare the man’s understanding and appreciation of style and the idiosyncrasies that come with it. Most importantly, he was never apologetic about his quirk.

One of his most divisive looks, the single hoop earring, is now hipster humdrum; one trip to the inner west will see any cold brew-yielding barista make you a short black with a glinting hoop. In commercial style circles, the gold hoop earring can be seen on every fashion wannabe, myself included. We usually take our hoops in pairs, but seeing Jordan look so damn suave with just one has made me reconsider my predilection for symmetry and say F U, OCD!

I’ve been keen to try a beret for a while now, but will give it the MJ spin – instead of French-girl-gone-wrong – and wear with a boxy suit and hopefully will shoot and score. Other MJ classic hits include a sleek turtleneck, matching twinsets and he was an early adopter of Ray Bans’s The Clubmaster, all of which I’m willing to give a go in the name of MJ. I’m not a sneaker girl per se, buy hey, the all-white Jordan Air 1 Mid is looking particularly seductive right now (and will compliment my newfound love of loungewear perfectly). 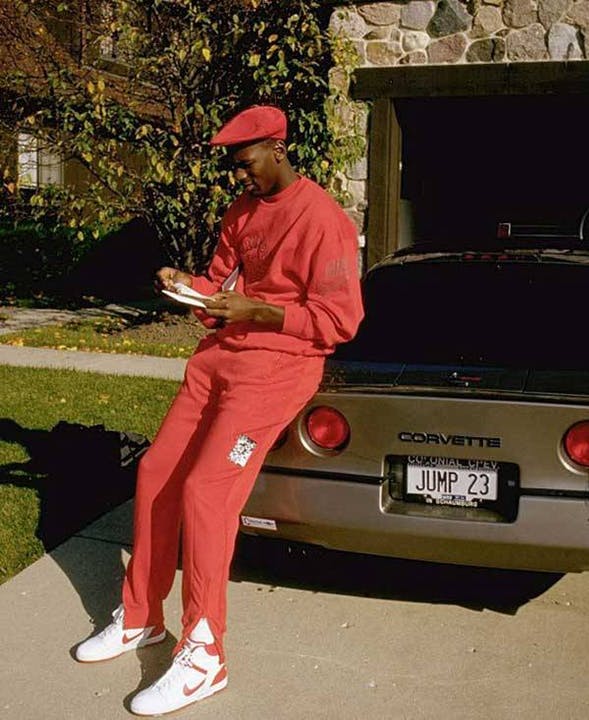 For me, to watch him strut down the tunnel like a runway in a gloriously gargantuan suit, neat turtleneck and hoop earring was the fashion equivalent of watching him in flight. Graceful. Hypnotic. Flawless.

Moving from man to myth, it is difficult to discern what exactly defines his legacy today. While his talent for basketball will always maketh the man, his on and off court style also plays a pivotal part in his personal mythology. He was, always, a conscious consumer of fashion. And as we slide back into the depths of the ‘90s – even those suspiciously murky and decidedly ugly corners – MJ’s style is as relevant now as it was back then. We’ve re-appropriated almost everything from the era, even the ugliest, most Zeitgeist-y things I thought all but banished for eternity, so it seems only natural that I want to dress like ‘90s Michael Jordan.

Yes, I may not posses the Herculean frame and beautiful skin, and yes you could probably fit six of me inside one of those magnificently monstrous suit jackets, but I will be attempting to emulate some of his greatest personal style achievements. It’s the closest I will come to his greatness – because let’s face it, I’m way too short to play basketball. 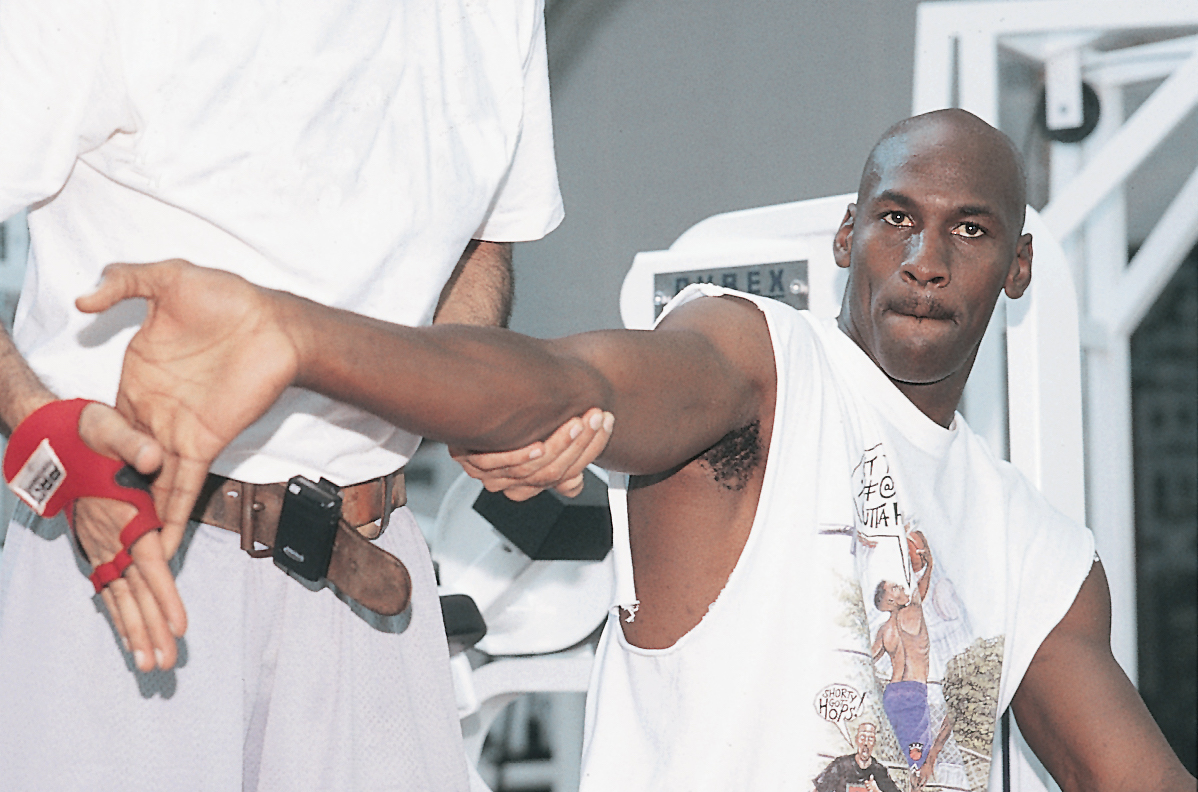 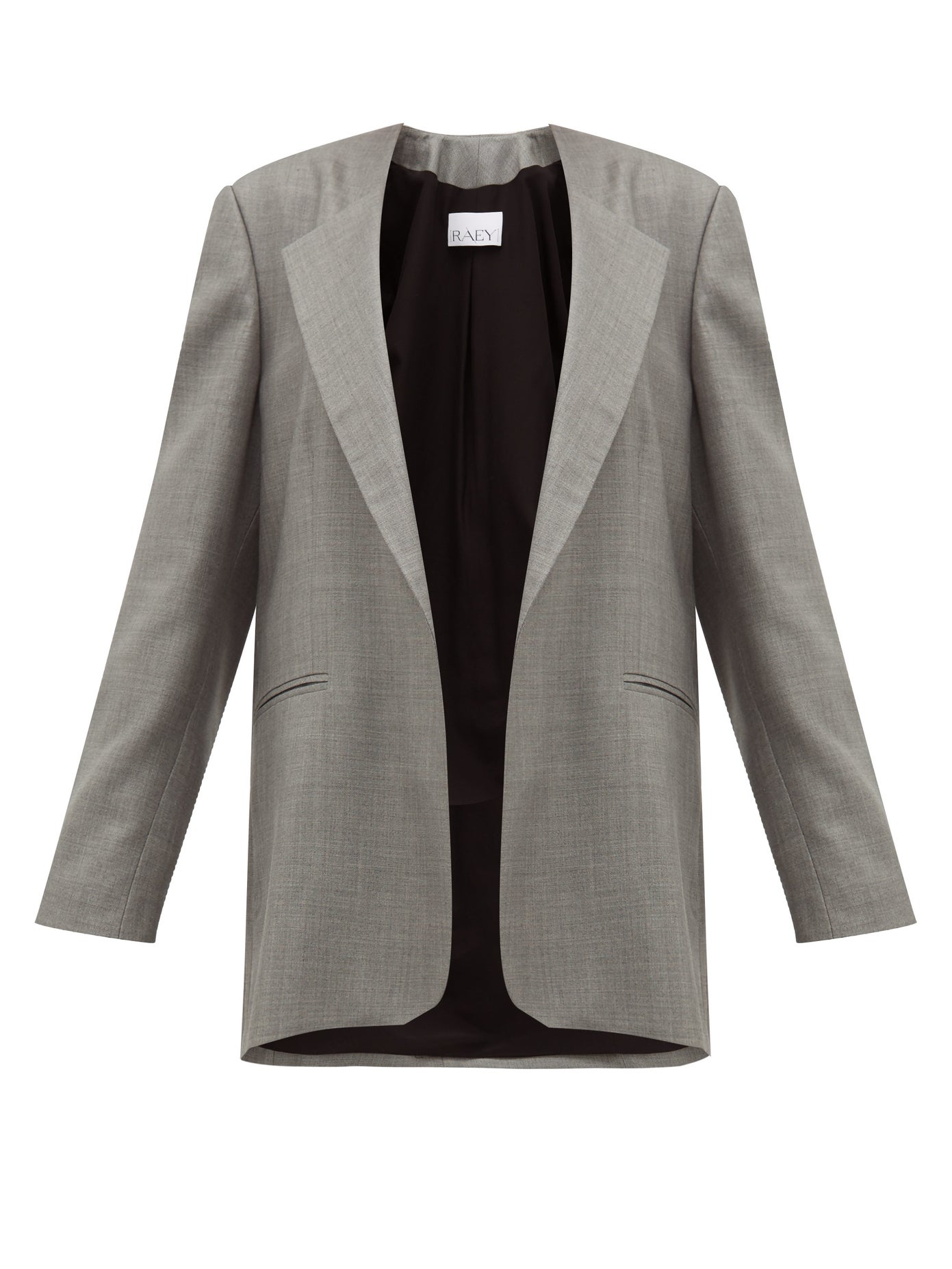 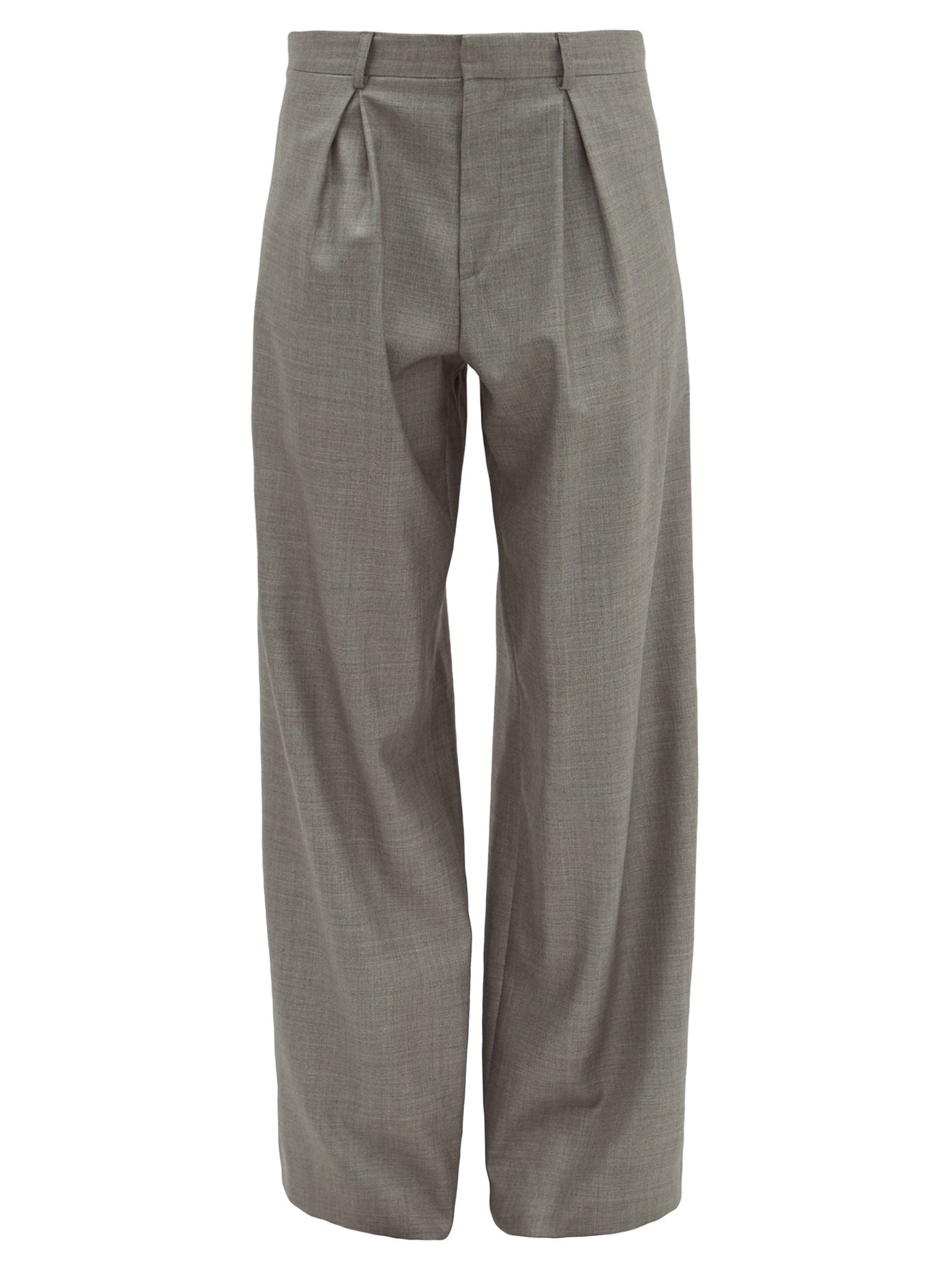 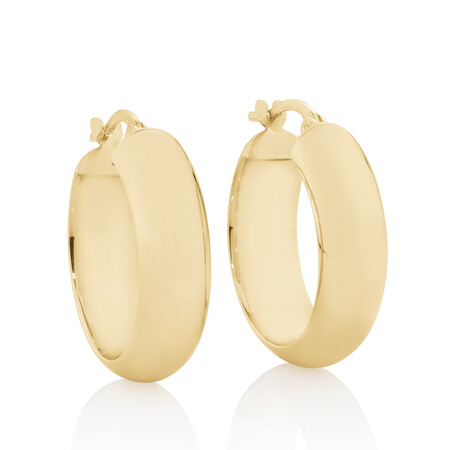 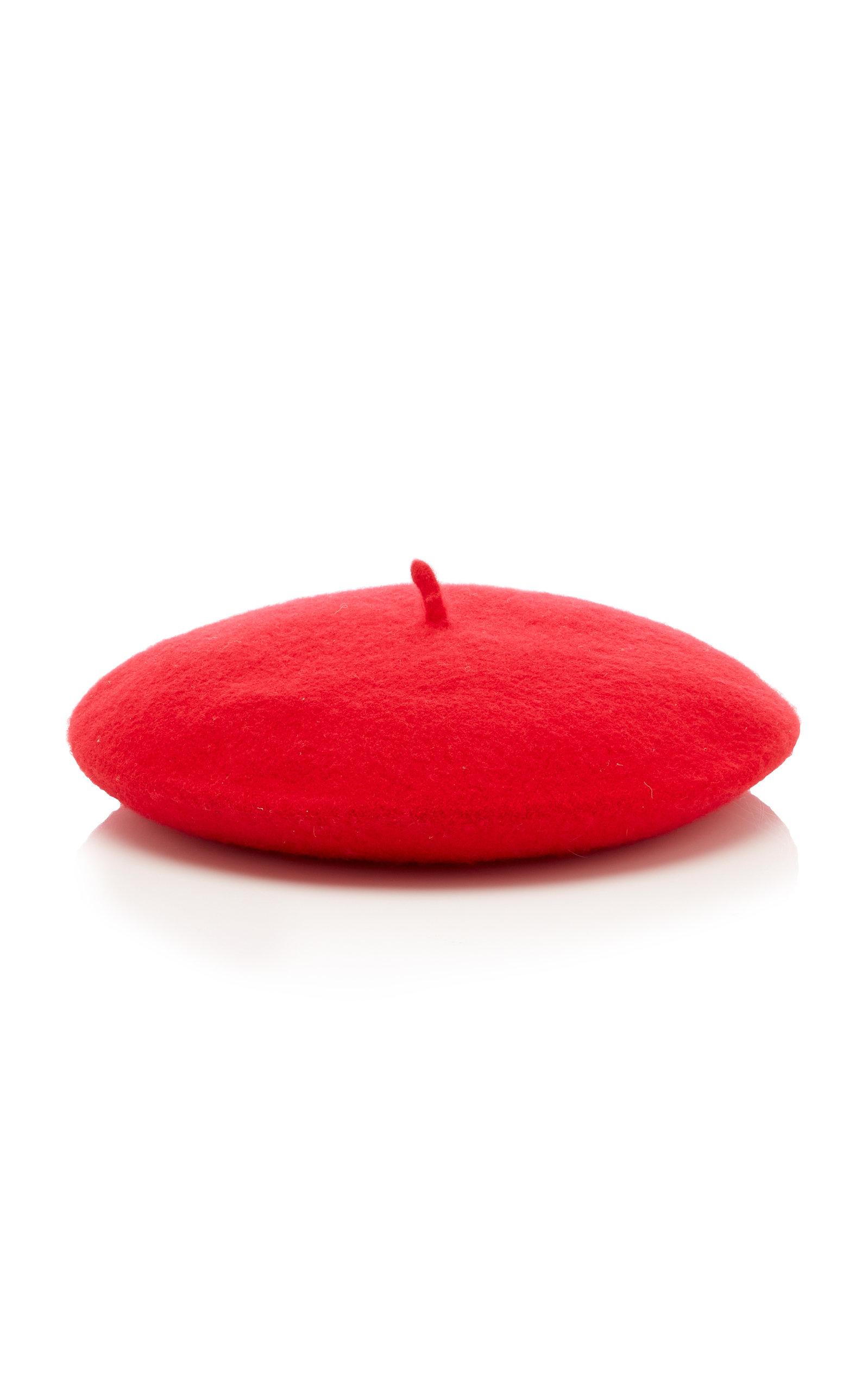 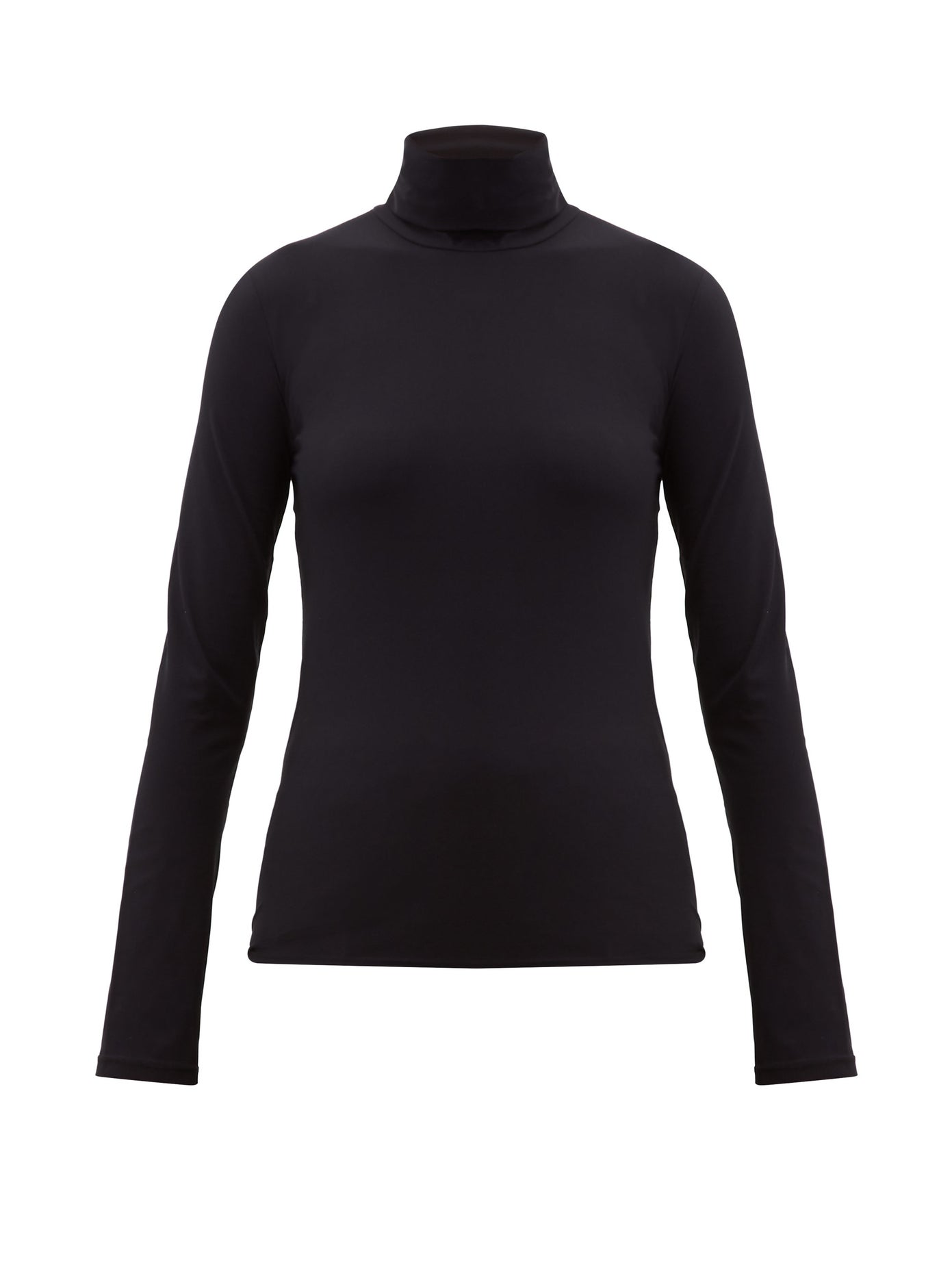 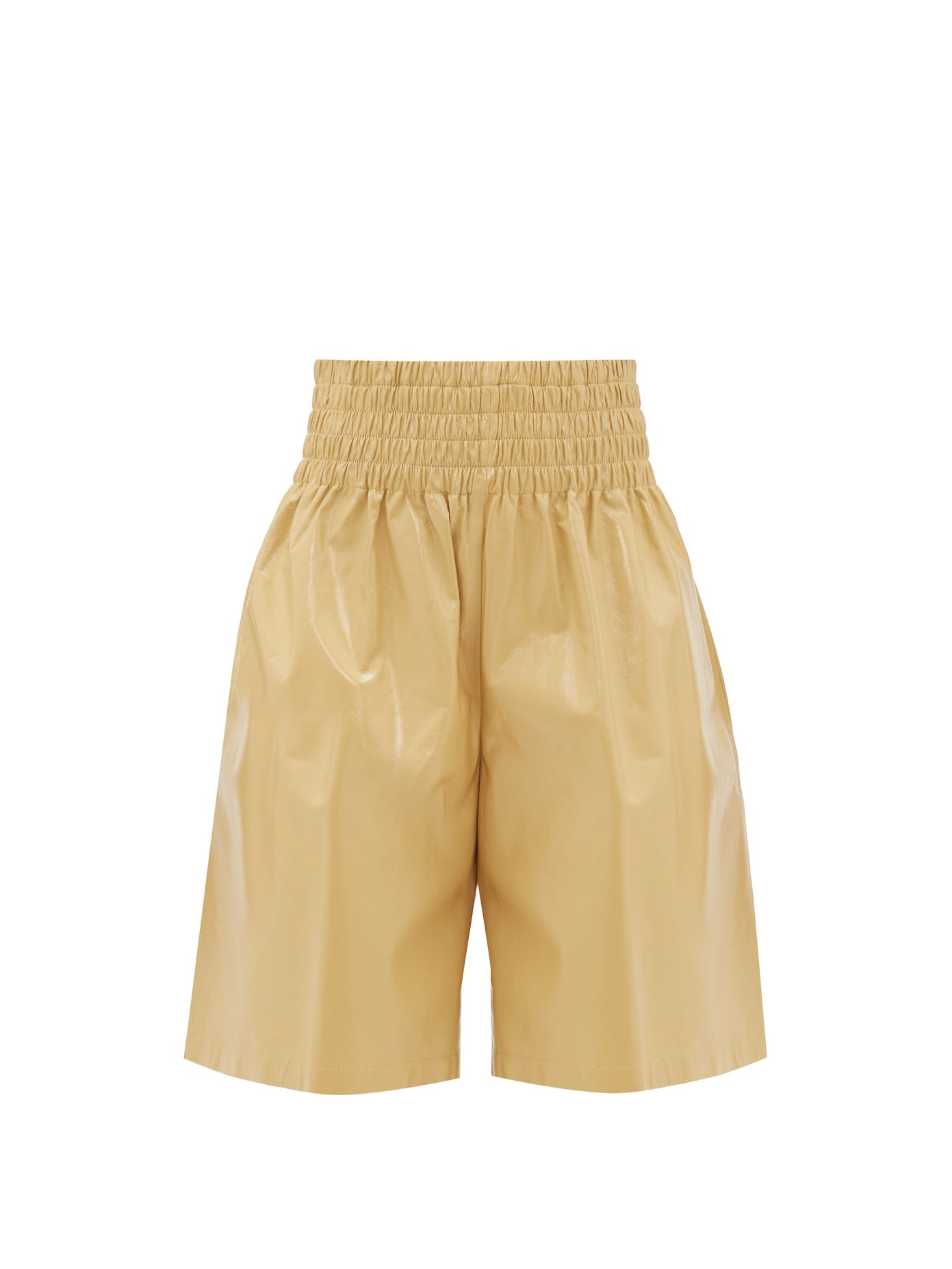 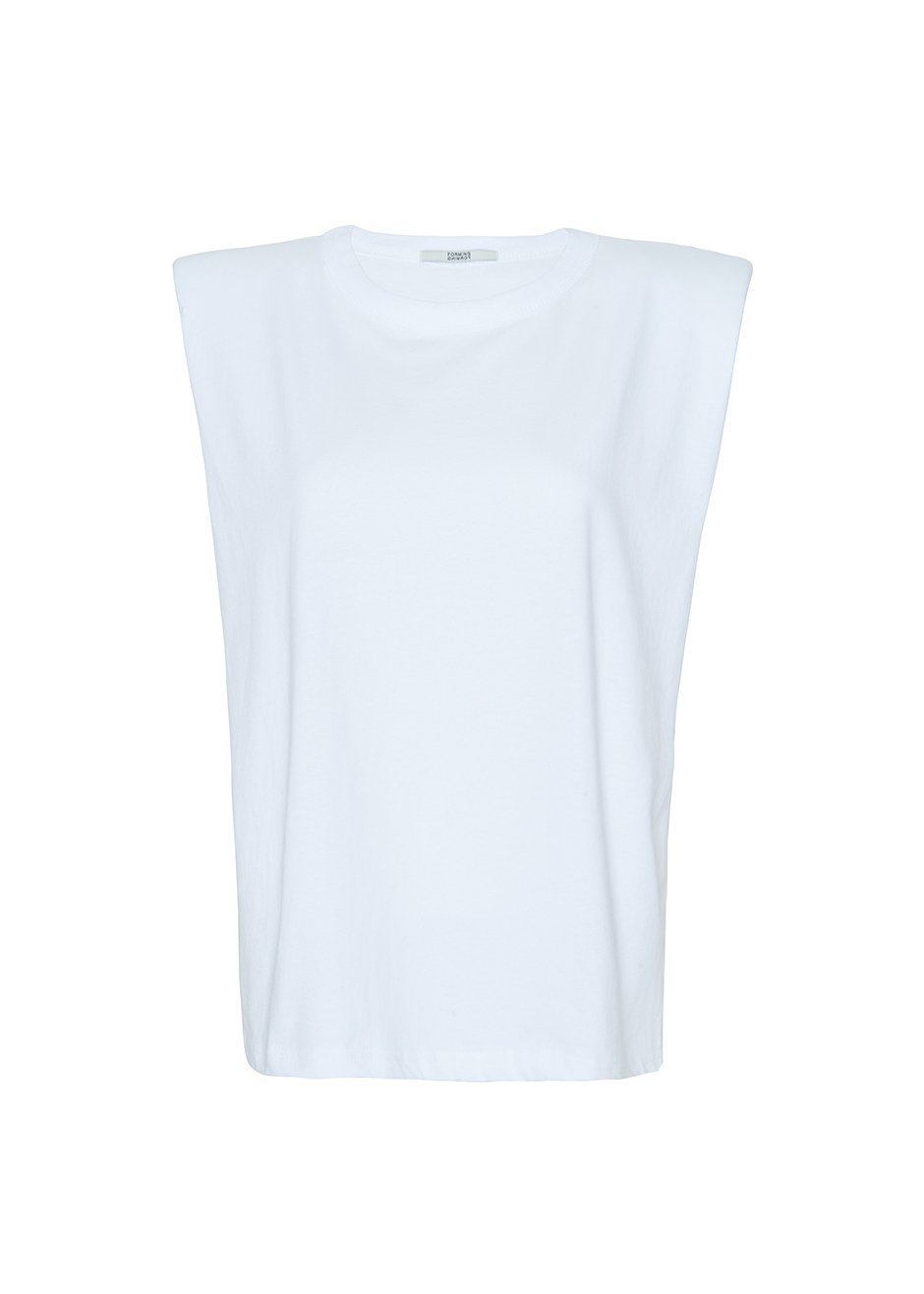 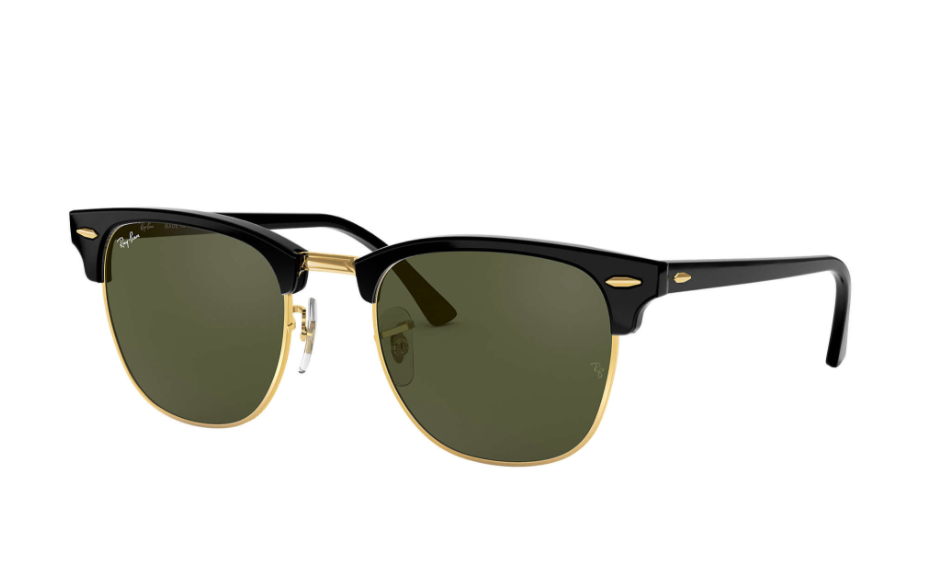 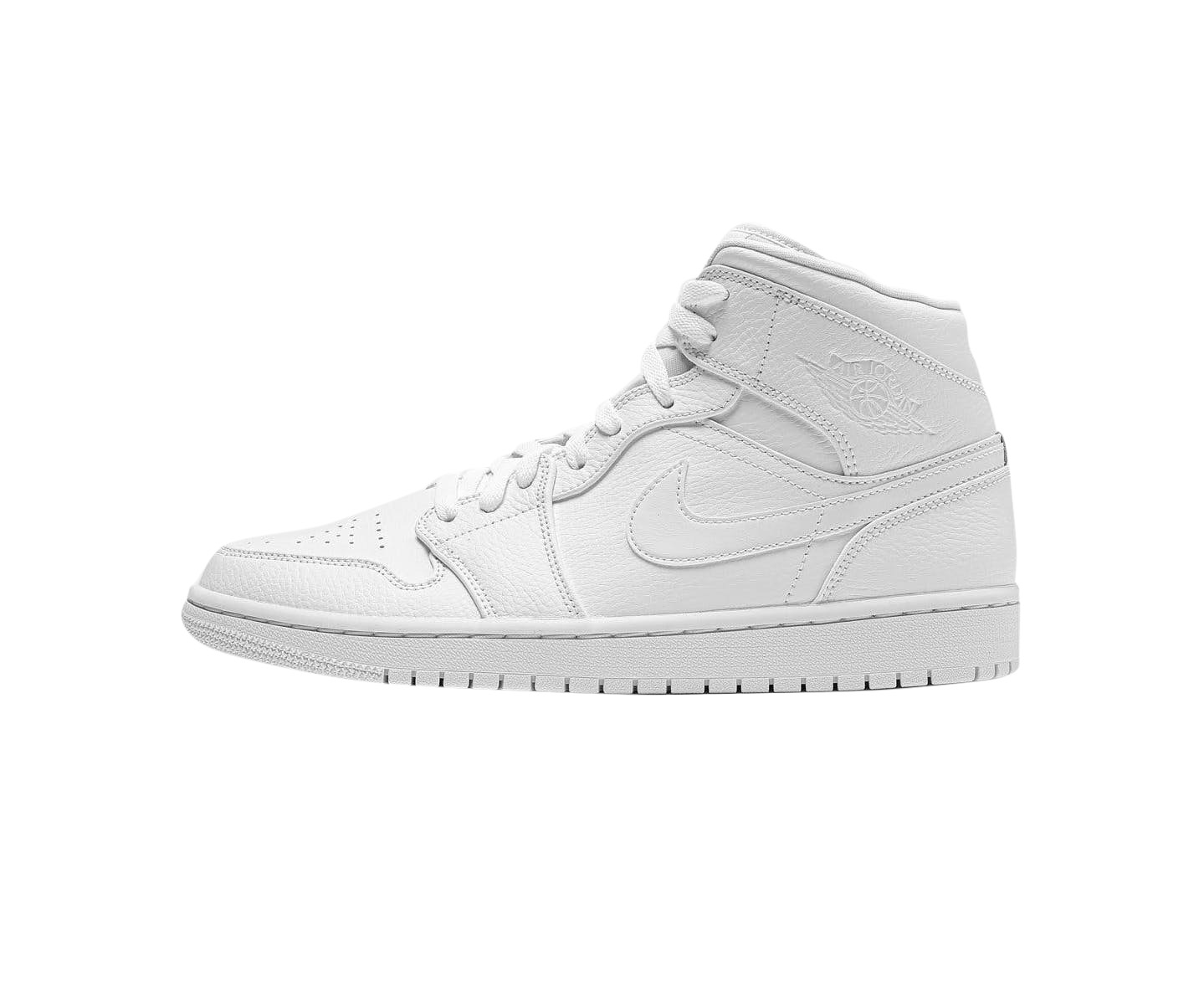 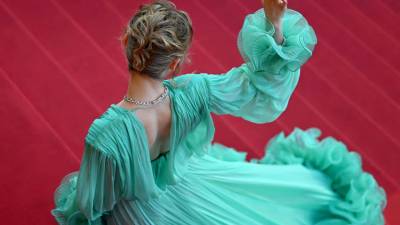 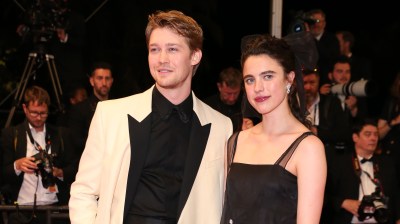 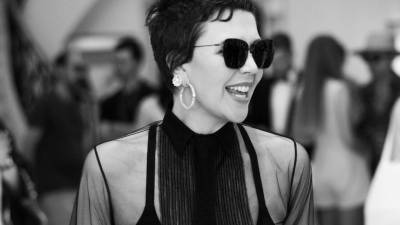