A seat at the table

Or, more accurately, a table at the table. That's how the Melbourne practice Hecker Guthrie claimed the highest design accolade in the country 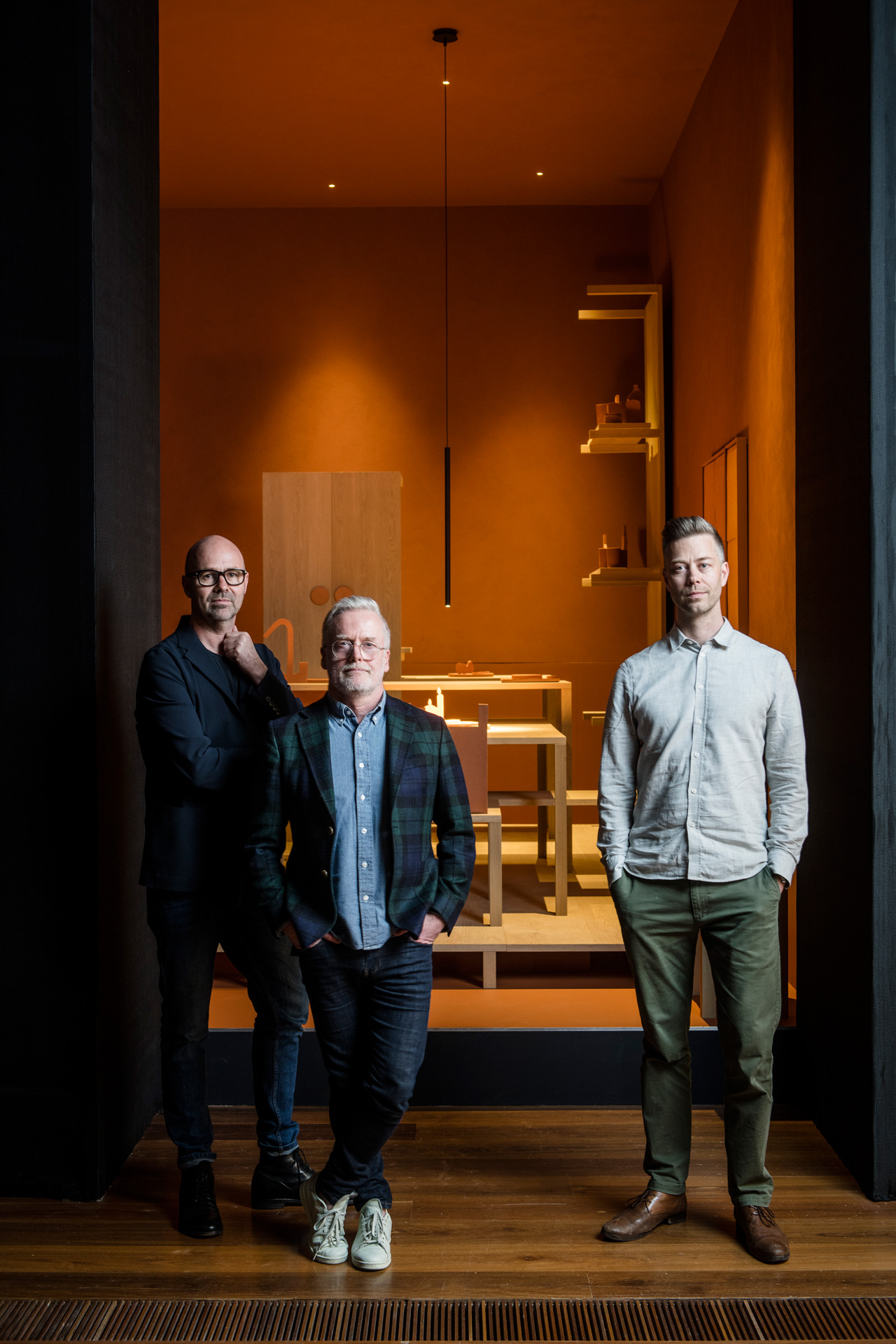 Designers Hamish Guthrie, Paul Hecker and Josh Watt, associate, in front of The table is the base, 2018 inside the Rigg Design Prize 2018 at The Ian Potter Centre: NGV Australia from October 12 – February 24, 2019 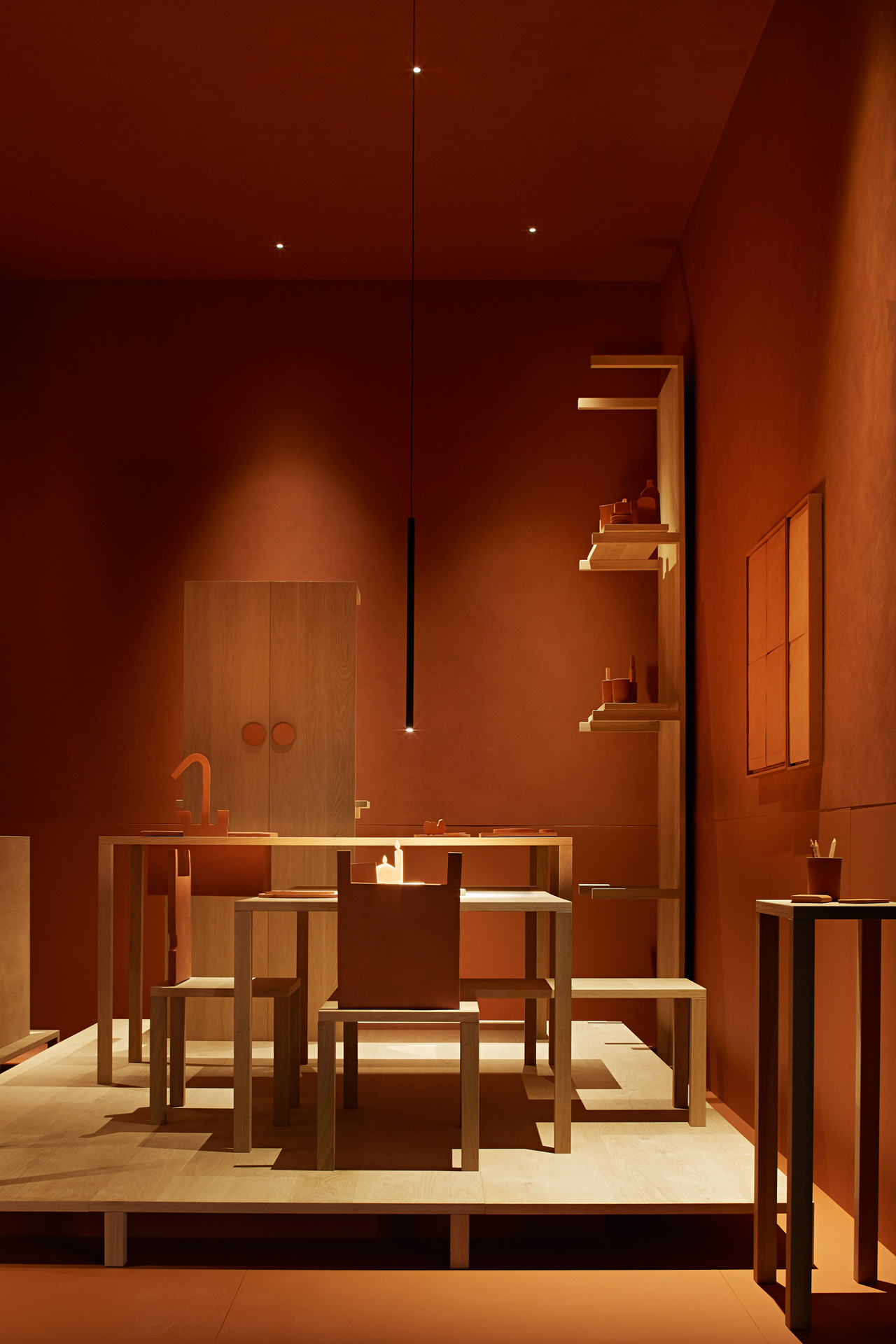 Installation view of The table is the base, 2018 Hecker Guthrie design studio 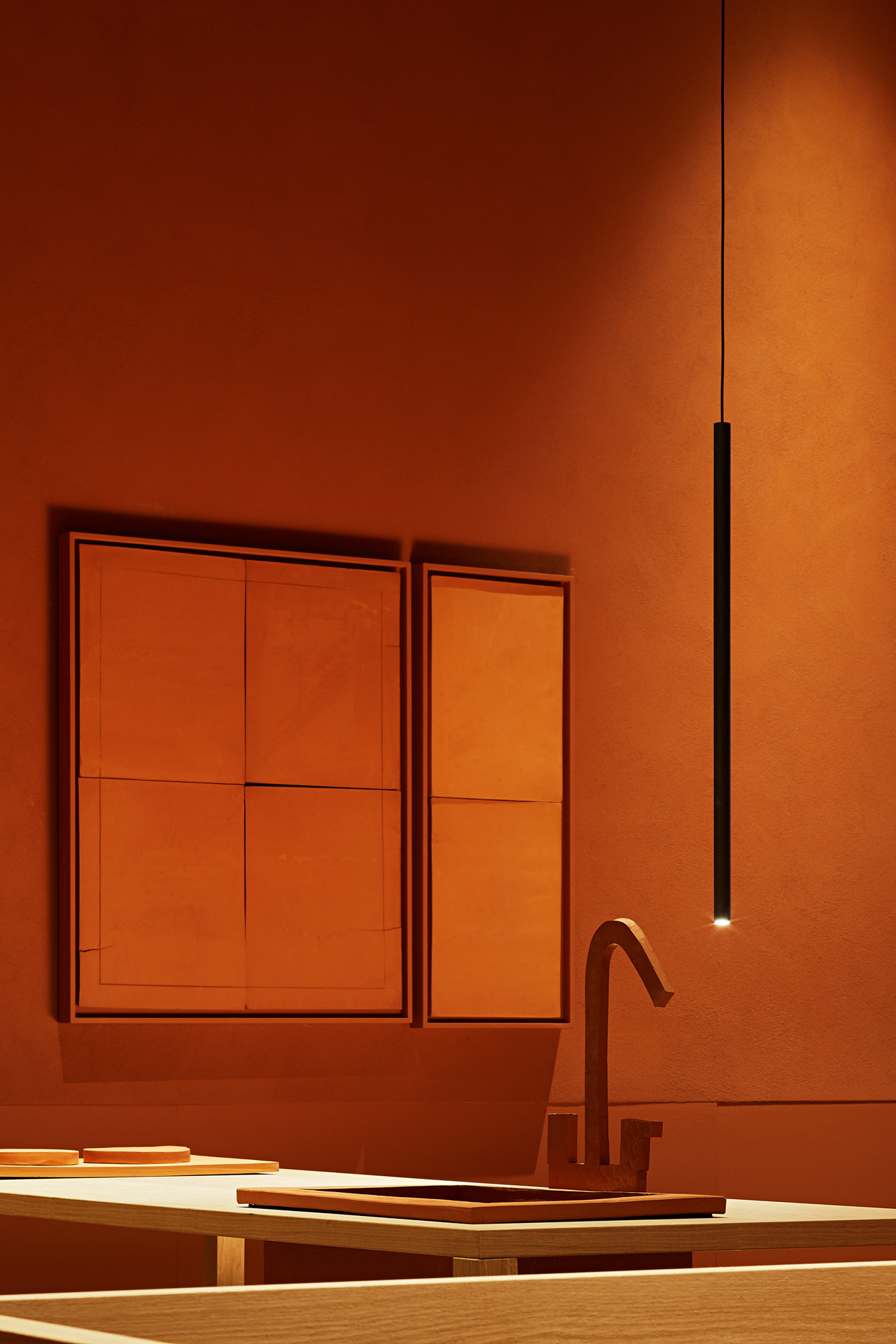 Installation view of The table is the base, 2018 Hecker Guthrie design studio

It’s only once you really start looking at a table – not as a simple, convenient fact but as an innate cornerstone of contemporary life – that you can recognise its elemental importance. From where I’m sitting – which is not an office, mind you – I can count in excess of ten. It was armed with the realisation of a table’s universal weightiness (or, at least, a semblance of that idea) that the designers behind Melbourne-based design practice Hecker Guthrie, Paul Hecker and Hamish Guthrie, set about answering the brief for the 2018 Rigg Design Prize.

A triennial initiative, the Rigg Design Prize is the first major presentation of contemporary interior design in the National Gallery of Victoria’s history, and, perhaps more broadly, in Australia. This year, the invitational competition tasked 10 of the country’s eminent interior designers with responding to the theme of ‘domestic living’. In practical terms, it was a remit that required they fashion from the ground up a single bespoke, purpose-built example of interior design, which, as a proposition for new modes of living, is a practice distinct from interior architecture and acknowledges that great spaces are indispensable to creative cultures that respond, in the most pragmatic way, to human needs.

As new developments in our cultural spaces demand a greater understanding of spatial experience and how our environments directly impact on our experience of life in myriad ways, an initiative like the Rigg Design Prize has never felt more pertinent. Then there’s the fact that, in our hyper-saturated, image-driven, design-savvy age of Insta gratification, where trends have become both increasingly potent and prone to shorter lifespans, innovations in design built to withstand the whims of fashion have never felt more vital.

Each of the submissions to this year’s Rigg Design Prize contained a world therein. Impossibly dense and oftentimes deeply personal, the groundbreaking showcase is an energising display of the industry’s extraordinarily diverse talents. There isn’t a single entry that you wouldn’t risk a lifetime ban from the gallery for if only for the chance to cross the threshold and explore the multitudes contained within. Where many of the participating designers presented spaces that wouldn’t look out of place where you to transpose them into your living room – provided you had 40 square metres to spare in your rental property – the designers from Hecker Guthrie, who walk away with a $30,000 prize, took a wildly divergent approach.

Rather than approaching the task as an open-ended invitation to do what they pleased, the designers began by looking first at what they didn’t want to do. At a preview of the exhibition, the designers said they began by setting themselves a brief-within-a-brief, as it were, to winnow in on the idea of ‘domestic living’ as it related to their practice. They began first by eliminating any likelihood that they would answer with a fully realised material fit-out; a desire to step away from a pure aesthetic as a starting point was a second consideration. Instead, their design scheme’s ascetic final look resulted from the process itself rather than as a point of departure.

They then looked to both their own practice and the domestic landscape more generally to identify a recurring element that acted as a foundation in all spaces. From there, they identified and settled on the typology of the table to act as the nexus of an idea that challenges the limits of that most innate object in our lives – something that is at the very heart of our public and private interactions.

The table is the base, their winning submission, is an exercise in pure design principles. Every aspect of the space is informed by the table, and where other design schemes in the Rigg Design Prize invite an immediate inclination to set up camp and remain forever, Hecker Guthrie’s provokes an altogether different response. From that fundamental idea, they have extrapolated an entire landscape.

“I think that was the exciting thing,” Hecker explained. “Taking something and reducing it to its most prosaic form, which is four legs and a top and realizing that we could have a lot of fun manipulating that by just scale, size and height.”

In its lowest form, the table doubles as a physical platform for the entirety of the design scheme. From there, with the added element of height, it becomes a chair, a bench, a table, and, at its highest form, a structure to enclose a space from which to hang pendant lights. Nothing therein is affixed to the space, with each object able to be moved – and perhaps more implicitly, relocated from one rental property to the next. “It was quite interesting [that] from this one form, we could create an entire spatial experience out of this one singular, prosaic form,” added Hecker.

To underscore the manifold uses of the core device, Hecker Guthrie engaged Bruce Rowe of Anchor Ceramics Studio to create unfinished terracotta elements “to give meaning and reference to all of these various objects.” They include everything from a ceramic smartphone placed alongside notepads and pencils, to place settings and food, taps and stovetops; sinks, toothbrushes and toilets; cushions, glassware, mattresses and precariously hung clothes hangers. “For Hamish and I, the great thing was being our own client and having a huge amount of fun exploring what this object could be by simply turning it, rotating it, turning it upside down, putting it on its side and realising we could fundamentally almost make everything that exists within a space out of this one [form],” Hecker said.

In the variance of objects it contains, The table is the base also invites allusions to different cultures, which emerge through the rigorous examination of the form and the relative blank canvas that it and its material provides. “There was almost a serendipity,” Hecker reflected. “The more we explored what we were trying to do and trying to create, the more these things became apparent.”

From their experience working within the parameters of multi-residential spaces where an economy of space is paramount, they discerned that their response was something that would also translate within the broader scheme of their practice going forward. “It’s probably not too different from some of the apartments that are being [built]”, Guthrie said. “This is almost the starting point for a design in some way that [might] underpin a design for a new model of living.”

The Rigg Design Prize is exhibiting at the Ian Potter Centre: NGV Australia at Federation Square from October 12 until February 24, 2019. Entry is free. More information is available here.