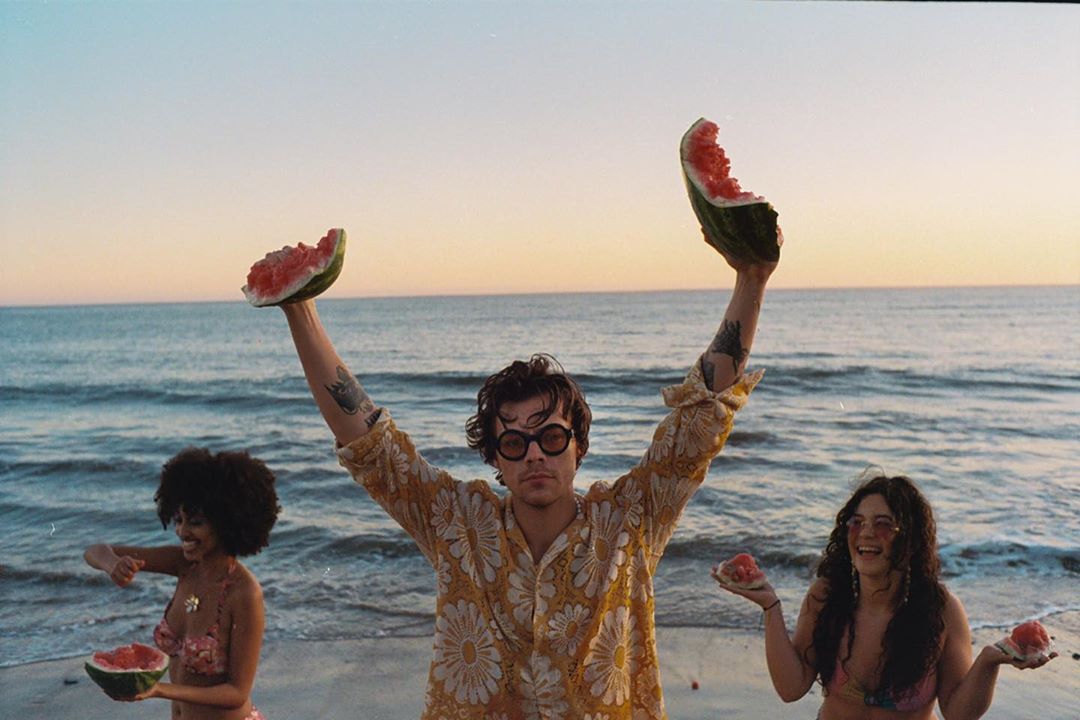 Leave it to Harry Styles to make a shitshow of a year that tiny bit better. After the recent announcement that the British musician is set to star alongside brilliant actress Florence Pugh in a film directed by brilliant director Olivia Wilde, it’s now reported he’s up for the lead role in a LGBTQ+ romance movie alongside Lily James. Yes, this means that our gender-fluid boy will be playing a queer character on screen for the first time and honestly, we love to see it.

The film is an adaptation of Bethan Roberts‘ LGBTQ+ novel My Policeman, set in 1950s Brighton, England. It follows a schoolteacher named Marion (James) who instantly falls for Tom (Styles) (who wouldn’t). But when Tom meets a museum curator, Patrick, he’s left with a difficult decision about whether to follow his heart, or stay with Marion where it’s safer, during a time when it was illegal to be gay in the UK.

In the novel, Tom’s two lovers are forced to share him, but before long, one of them cracks and all three of their lives are changed forever.

There’s not much more we know yet other than that the film is as of yet untitled, but has been acquired by Amazon, and will be directed by Michael Grandage.

Of course, Styles made his movie debut in Christopher Nolan’s Dunkirk a few years ago, but since then hadn’t been cast in any roles until Wilde announced her new star-studded cast for Don’t Worry Darling. The film includes Styles and Little Women actress Florence Pugh, as well as Chris Pine and the woman who single-handedly started the downfall of Ellen DeGeneres, Dakota Johnson.

If these recent announcements are anything to go by, it looks like we’ll be seeing much more of Styles on our screens in the years to come, which is absolutely fine by me.