NOVEMBER 30, 2017: When Prince Harry and Meghan Markle first began dating, so much was made of the actress being either “bi-racial” or a “divorcee” in the press that the Royal released a statement via his communication secretary in defense of his new girlfriend.

“The past week has seen a line crossed,” it read.

“[The Prince’s] girlfriend, Meghan Markle, has been subject to a wave of abuse and harassment. Some of this has been very public – the smear on the front page of a national newspaper; the racial undertones of comment pieces; and the outright sexism and racism of social media trolls and web article comments. Some of it has been hidden from the public – the nightly legal battles to keep defamatory stories out of papers; her mother having to struggle past photographers in order to get to her front door; the attempts of reporters and photographers to gain illegal entry to her home and the calls to police that followed; the substantial bribes offered by papers to her ex-boyfriend; the bombardment of nearly every friend, co-worker, and loved one in her life.”

“Prince Harry is worried about Ms. Markle’s safety and is deeply disappointed that he has not been able to protect her,” it continued. “It is not right that a few months into a relationship with him that Ms. Markle should be subjected to such a storm.”

It was a storm – or a hurricane of sorts – that was never going to be avoided. And, as the couple announced their engagement, interest spiked again. While whispers of Markle’s ethnicity quietened, questions spanned her past marriage and if indeed a divorcee is eligible to marry into the British Royal Family.

The answer to the latter question is simple. In 2002, the Church of England agreed divorced people could remarry in the church with the discretion of the priest. Here’s what you want to know about Markle’s first husband, Trevor Engelson. 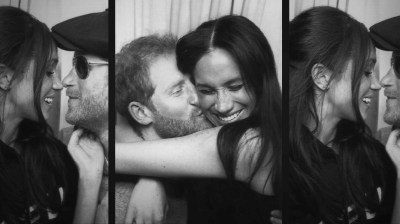 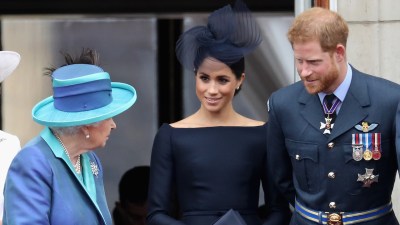