Hailey Bieber Bunks Down With This Aussie Classic

Because what’s better than a hug and an UGG (and Justin Bieber) to get you through iso?

To the rest of the world (cough, cough Americans), Australians have Vegemite straight up for breakfast, ride a kangaroo to school, wrestle crocodiles at lunch with a “knife”, hug a koala on the way home, have shrimps on the barbie for tea and say “maaate” a lot. For most of us Aussies, none of the above is true – except for the last one, which a certain GRAZIA editor can confirm is said in almost EVERY dialogue with her colleagues. Our fashion stereotypes are similarly amiss – most of us don’t walk up the street bare foot, we don’t wear thongs in winter, or bikinis all year round, or Akubras, or shear sheep in RMs (in fact only elitist private school boys now wear them with polo knits propped on shoulders). But one fashion stereotype most of us do abide by on the daily is the old UGG boot. Quite simply, it’s un-Australian not to own a pair.

In the early oughts, however, the humble UGG – a slipper in the Australian wardrobe first worn by surfers to keep warm after early-morning sessions – became a fashion statement to the rest of world. Paris Hilton was wearing the sheep-lined boot to Cecconi’s with gal pal Nicole Richie (also in matching Juicy Couture tracksuits), Oprah called it one of her “favourite things” in 2000, even Beyoncé touted a pair of the sheepskin boots with a pleated suede mini skirt. They were on red carpets, in paparazzi snaps, on glamorous holidays, everywhere. I was fielding calls from my cousins in Greece who were throwing money at me to secure a pair as they’d sold out and they “needed” to wear them out and about in Athens (a city you DO NOT wear slippers out in). The world had gone UGG mad, but for most Australians, it was the shoe they wore to bed or scuffed around the house in – or at the most, wore on a coffee or Maccas run (paired then with collegiate track pants). Wearing them in public was fashion purgatory – you were quickly branded a “bogan” and banished to the naughty fashion corner, slandered for your sartorial misdemeanour.

But like any “it” item, the heat began to cool, the shine wore off and the world – particularly those myopic celebrity folk – slowly got over the UGG as a “cool” dress shoe and high fashion statement and saw it for what it truly was: the best slipper you will ever own. Of course, they still traipse around the streets of West Hollywood in them, but their function is more pure in its intent; a comfy conduit for green smoothies and iced hemp milk lattes. Just ask Hailey Bieber, who has been gallivanting around the Bieber residence in a pair of classic caramel UGGs while in isolation. They received a slightly fashionable touch: a cute little striped sock, thick suede jacket with matching shearling trim and tiny tiny micro shorts (perhaps boy leg knickers?) – because exhibitionism is imperative to the it-girl blueprint.

Sure enough, UGG season is fast approaching for the original custodians of the shoe (Australians). And while we’ll pull out our precious booties for the winter months and our “essential” iso oat latte run, we sure as hell won’t be paring them with a bloomer in public (have your seen what we’ve been eating?). The matching shearling jacket, however, is a nice touch. 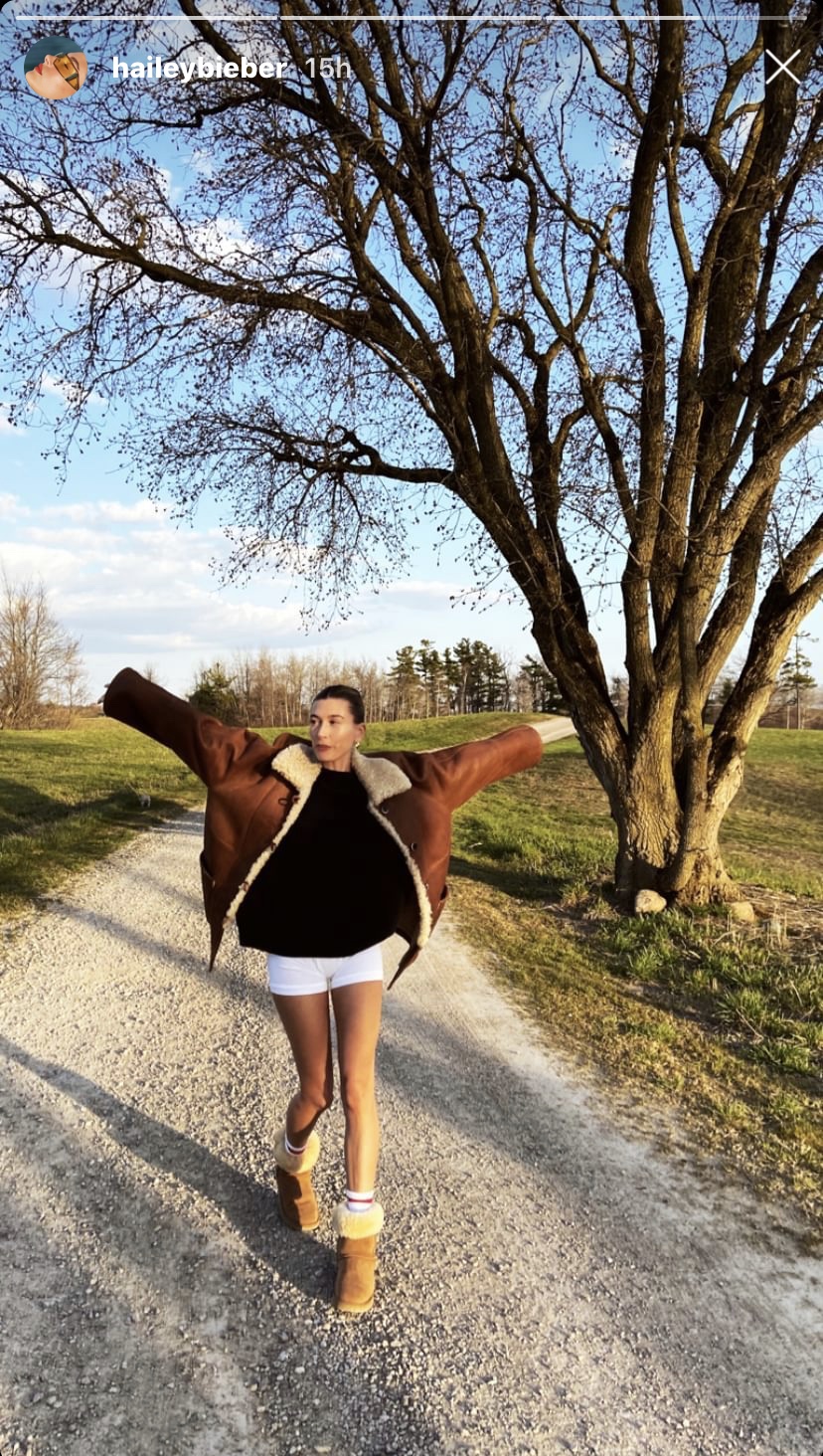 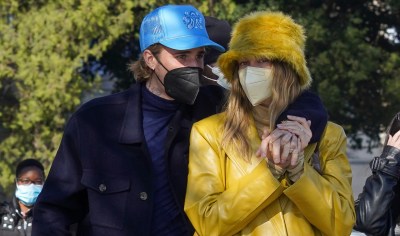