The butt-kicking, all-female trio reunite to celebrate Lucy Liu's Star on The Hollywood Walk Of Fame. And we couldn't be more excited

It’s been almost 20 year since we heard Drew Barrymore, Cameron Diaz and Lucy Liu say, “Good morning, Charlie,” and the mysterious millionaire “Charlie” (voiced by John Forsythe) reply through a speaker, “Good morning, Angels”. And today, some 20 years on, our favourite seraphim reunited in Hollywood to celebrate Lucy Liu’s Star on The Hollywood Walk Of Fame.

This time, instead of leather and roundhouse kicks, there were florals and Saint Laurent platforms, as Dylan Sanders, Natalie Cook and Alex Munday reunited in a sea of smiles and hugs to honour Liu in Los Angeles. Even former-Angel-turned-foe, Madison Lee, made a surprise appearance, as Demi Moore joined her Charlie’s Angels co-stars, speaking at the ceremony. “Lucy and I first met while making Charlie’s Angels — didn’t know we were going to have a reunion today!” the actress said. “And I could see that she was, in fact, as I had heard, a badass with brains.”

Despite the filmic reunion, Liu actually received the accolade in the TV category (all Walk of Fame stars are designated to a single medium only) in recognition of her work on Ally McBeal, Elementary, Southland, and other television series. Liu’s star sits next to that of Anna May Wong, the first Asian-American actress to receive the honour, with Liu now the second. “When we place Walk of Fame stars, we love to juxtapose Hollywood’s Golden Age icons with the role models who represent the exciting shifts taking place in the film industry whenever we can,” Walk of Fame producer Ana Martinez said on the landmark’s website.

But it was Barrymore’s outpouring of love and sisterhood which truly warmed our hearts: “20 years of this tripod!!!!!!! We love each other and support each other. Always will. Congratulations to our girl and her star on the walk of fame.”

A heavenly homecoming indeed, here’s to badass women with brains. 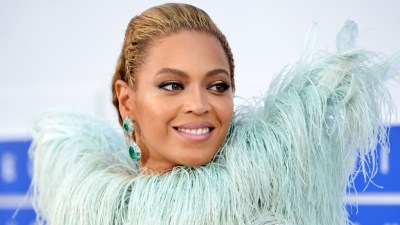