We can already picture the 2031 magazine covers...

Celebrity children already get one of the biggest headstarts possible. They’re born into immense privilege which results in doors that are firmly shut for the majority of the population—until we work really, really hard—already being wide open.

That headstart is even greater when you call one of the world’s most famous supermodels mum. Not only do you have connections and wealth, but you have genes that have been deemed beautiful by millions. Genes that will very likely result in you having a career on a platter should you want to follow in your famous parent’s footsteps. Take Cindy Crawford’s Kaia Gerber, Kate Moss’ Lila Moss and, most recently, Heidi Klum’s Leni Klum, the 16-year-old who made her runway debut at the recent Berlin Fashion Week, for example.

One such lucky human is 8-year-old Vivian Brady, who, though she’s too young to make a career out of it (yet), looks identical to her supermodel mother, Gisele Bündchen.

On July 20th, the Brazilian model turned 41 and to celebrate, her husband Tom Brady (who also contributed some good genes of his own) shared a tribute to Instagram alongside an image of Bündchen and their daughter, Vivian. In the photo, the mother-daughter duo embrace while sitting on a rock in the forest. Even with just the quickest glance, it’s obvious Vivian looks exactly like her supermodel mum with the same coveted hair, skin tone, eyes and facial features:

“This has been an incredible year and it’s hard to imagine loving you more today than I did a year ago,” Brady wrote. “But I do! You love our family the way nobody else can and we all celebrate you on this day!”

In a photo Brady shared for his daughter’s 8-year-old birthday in December 2020, it looks like Vivian might also not only have green eyes, but a beauty spot in the exact place Bündchen’s fellow Super Cindy Crawford does. Oh, how unfair the world is.

A few weeks ago, Bündchen posted side-by-side photos proving the similarities between her and her daughter go further than that of (very good) hair and bone structure.

On Instagram, the supermodel shared a childhood photo of herself cuddling a hen, alongside another more recent photo of Vivian in the same pose, also snuggling a hen in her arms. 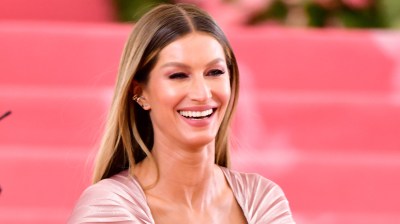 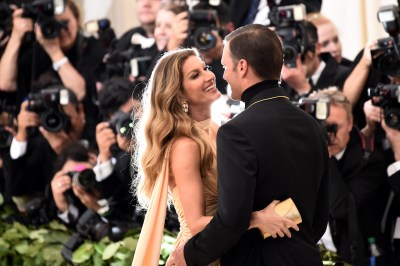 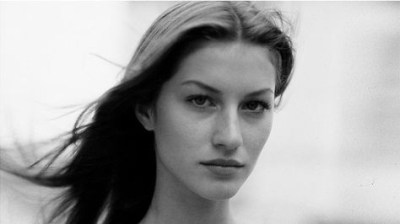 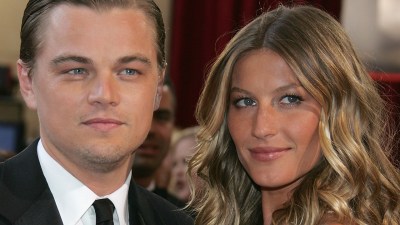