NEW YORK CITY: Supermodel Gigi Hadid was among the 120 potential jurors vetted by Harvey Weinstein’s lawyers at a Manhattan court on Monday.

All jurors are given a questionnaire where they are asked about their backgrounds and if they are able to remain impartial in the case and deliver a verdict based on the evidence presented in court, and not of that in media coverage. When asked by Justice James Burke if she had met Weinstein, Hadid replied, “I have met the defendant.”

The model, 24, was also asked if she knew any witnesses in the case to which she told Burke she had met Salma Hayek.

“Is there anything about having met them that makes you unable to be an impartial juror?” Burke asked Hadid.

“I think I’m still able to keep an open mind on the facts,” Hadid responded.

A court officer later asked a group of potential jurors who had not been dismissed if they were willing to serve on jury. Hadid raised her hand and is expected to return to court later this week.

Lambasted by reporters outside the New York State Supreme Court on Centre Street in Manhattan’s Financial District, Hadid covered her face and said she was not legally permitted to discuss the trial.

It’s unlikely a model will become a member of the jury given the nature of charges against the film mogul. Weinstein faces felony charges for allegedly raping one unidentified woman inside a Manhattan hotel room in 2013 and forcing a non-consensual sex act on a female assistant in 2006. The predatory sexual assault charge against Weinstein is especially significant as it carries a maximum sentence of life in prison. In the state of New York, this charge is considered as serious as murder.

Weinstein faces four counts of that charge, along with one count of criminal sexual act in the first degree and one count each of first-degree rape and third-degree rape.

The 67-year-old, who is currently free on bail and who has arrived in court hunched over a walker every day post-back surgery, has pleaded not guilty to the charges.

Hadid is also friends with fellow model Cara Delevingne who accused Weinstein in October of 2017 of trying to kiss her during a hotel room meeting.

GRAZIA WILL BE ON GROUND OUTSIDE THE COURT ON THE DAYS OF THE TRIAL. YOU CAN STAY UP TO DATE HERE AT GRAZIA.COM.AU AND VIA OUR INSTAGRAM @GRAZIA. 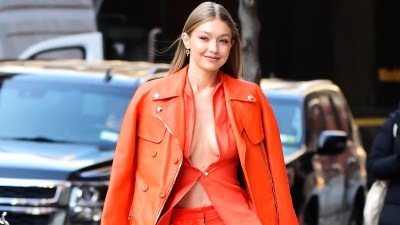 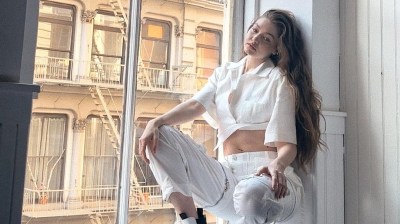