"As our baby grows up we have to realise that we can't protect her from everything the way we wanted..."

Gigi Hadid and Zayn Malik have been notoriously private when it comes to their baby daughter, Khai. In a direct address to paparazzi, press and fan accounts, the supermodel mother has today asked for space and respect when it comes to photographing the family. She posted a lengthy statement to her Instagram stories just hours ago.

“As our baby grows up we have to realise that we can’t protect her from everything the way we wanted to and could when she was smaller,” Hadid wrote. The 26-year-old went on to explain that while Khai is able to see the world from outside the pram’s sunshade at the family’s farm, she’s unable to do so in New York City in a bid for privacy.

“I also want her to see the most amazing city in the world + the beautiful and diverse people that walk down the streets of NYC,” she continued. “That is, without the stress off the media circus that comes with parents are public figures.”

“Our wish is that she can choose how to share herself with the world when she comes of age, and that she can live as normal of a childhood as possible, without worrying about a public image that she has not chose,” Hadid added.

While some state laws in the US prevent media from posting children’s faces without consent or being blurred, Hadid asked members of the media to refrain from photographing Khai. If she is captured ,the model asks that her daughter’s face be blurred. She went on to thank the paparazzi that have kept their distance while she’s been spotted in NYC.

“For a child, I can imagine that close or dramatic paparazzi frenzies must be overwhelming and disorienting… it still is as an adult that  understand and deals with it often.”

Last month Hadid spoke on how she plans to raise Khai, noting their family’s mixed heritage.

“I think that Khai will grow up feeling out the way that she can or wants to be a bridge for her different ethnicities,” Hadid said in an interview with i-D. “But I think that it will be nice to be able to have those conversations, and see where she comes from [with] it, without us putting that onto her. What comes from her is what I’m most excited about, and being able to add to that or answer her questions, you know?” 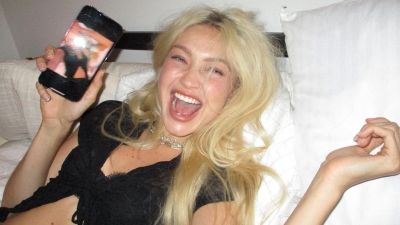 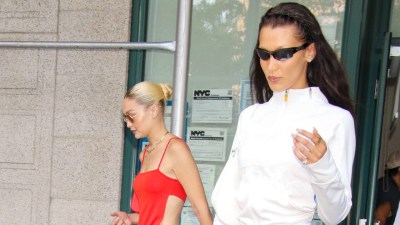