For The First Time, Ghislaine Maxwell Has Been Charged With Sex-Trafficking Of A Minor

Two new federal charges of sex trafficking conspiracy and sex trafficking of a minor have been filed against British socialite Ghislaine Maxwell, long thought to have been the person who aided convicted paedophile Jeffrey Epstein to abuse young girls.

The new charges introduce a fourth alleged victim to the case, an unnamed woman from Florida, who was allegedly approximately 14 at the time of her introduction to Maxwell and Epstein. The government claims she disclosed her age to both.

According to The New York Times, Maxwell is alleged to have groomed the victim to engage in sexual acts with Epstein, beginning with nude massages at his Palm Beach mansion between 2001 and 2004. She allegedly was also invited to travel with Epstein (who offered to assist in getting her a passport) and to recruit other girls under the age of 18 to massage him.

Maxwell, the daughter of media mogul Robert Maxwell, was in a relationship with Epstein in the 1990s. She allegedly introduced him to wealthy and powerful figures including Bill Clinton and Prince Andrew of the British Royal Family.

Last July, Maxwell was arrested at a secluded property in New Hampshire and is currently awaiting trial at a federal detention facility in Brooklyn. Before these two new charges, Maxwell had faced six others, none of which went as far as sex trafficking. Four relate to the years between 1994 and 1997, when prosecutors say she helped Epstein groom girls as young as 14. The other two are allegations of perjury in 2016. If convicted on these first six charges, she would face up to 35 years in prison.

Maxwell has maintained her innocence and denied any wrongdoing. A judge has reportedly repeatedly declined Maxwell’s request for bail, despite her offering millions of dollars in bond and the renunciation of her British and French passports. Her trial begins this July.

Epstein killed himself in prison in 2019 as he awaited trial on sex trafficking charges. 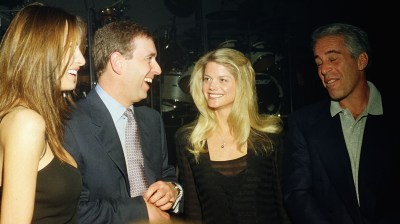 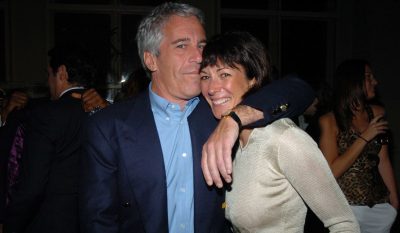 “Partner In Crime”: Ghislaine Maxwell Has Been Found Guilty Of Trafficking Teenage Girls For Sexual Abuse By Jeffrey Epstein
Next page