In a new interview, the actor spoke, oftentimes unprompted, about how the human rights lawyer has changed his life

Once one of the most eligible bachelors in the world, George Clooney is not afraid to admit that meeting and marrying his now-wife Amal Clooney made him want to completely and fundamentally change his life.

Though he doesn’t often speak about his personal life, for GQ‘s Icon of the Year issue, Clooney not only agreed to an interview but he spoke in length – oftentimes unprompted – about his marriage. The publication noted that the actor “will tell you about [his wife] Amal unprompted and then return to the subject again without ever having been asked.”

“I was like, ‘I’m never getting married. I’m not gonna have kids,'” Clooney started, adding he was content with his life and bachelor-era after his 1993 divorce from Talia Balsam.

“I’m gonna work, I’ve got great friends, my life is full, I’m doing well,” he said of his mindset at the time. “And I didn’t know how un-full it was until I met Amal. And then everything changed. And I was like, ‘Oh, actually, this has been a huge empty space.'”

Clooney said that marriage changed him “because I’d never been in the position where someone else’s life was infinitely more important to me than my own. You know? And then tack on two more individuals, who are small and have to be fed.…”

The couple met through a mutual friend in 2013 and got married the following year in Italy. In 2017, they welcomed twins, Ella and Alexander.

In 2018, the human rights lawyer discussed Clooney publicly for the first time at the American Film Institute’s Life Achievement Award Gala, saying that before she’d been introduced to the actor, she’d started getting used to the thought of never meeting The One. 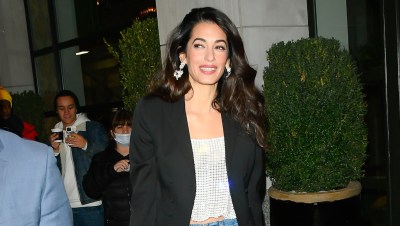 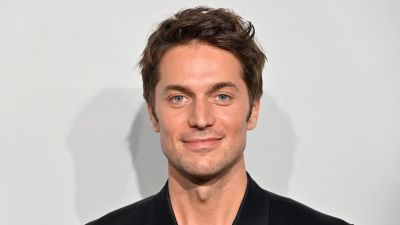