Held in a Scottish castle, it was a wedding worthy of Westeros 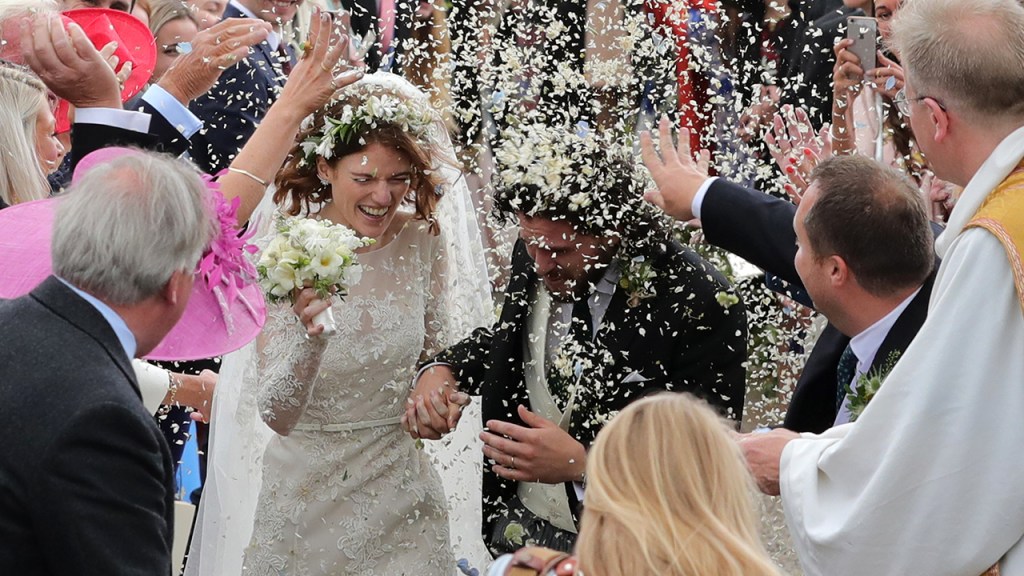 Kit Harington and Rose Leslie have tied the knot.

The actors, who met playing lovers on Game Of Thrones, were wed in a castle in Aberdeenshire, Scotland that’s been owned by her family for more than 900 years.

Plenty of the couple’s Game Of Thrones co-stars were on the guest list, including Emilia Clarke, Sophie Turner, Peter Dinklage and Sophie Turner. 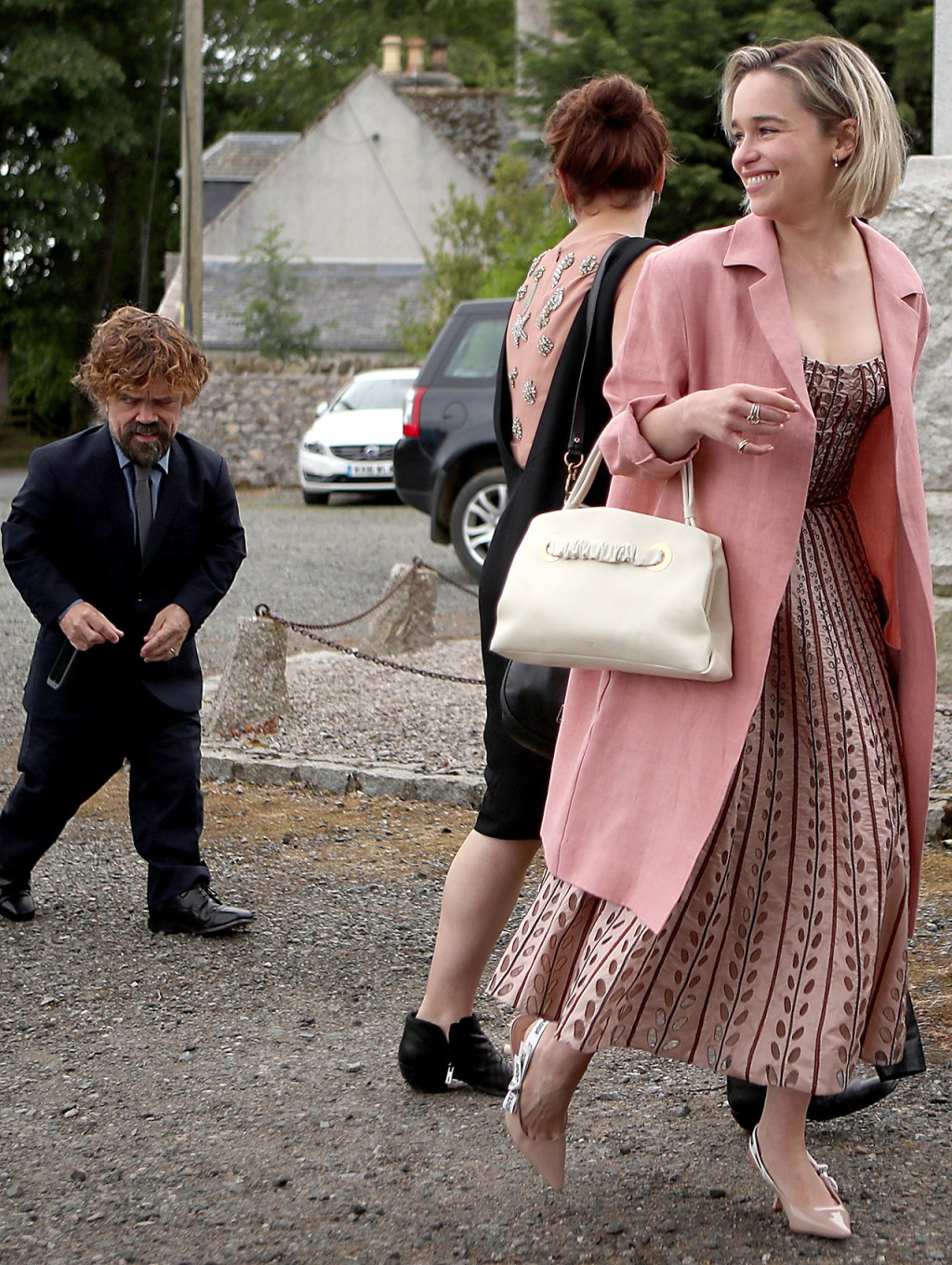 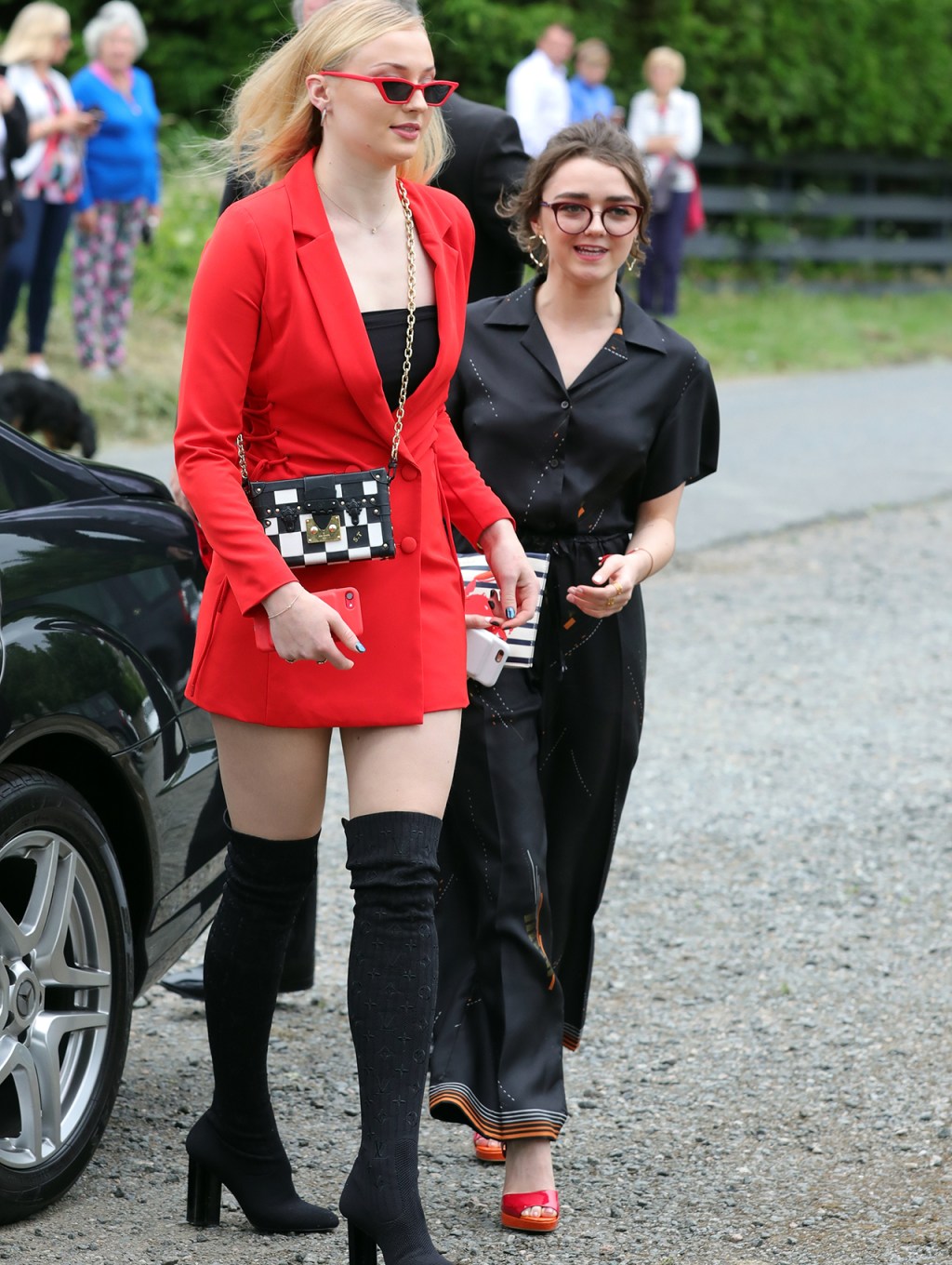 Rose, who is a descendent of King Charles II, was walked down the aisle by her father Sebastian Leslie wearing a traditional Scottish kilt.

She looked elegant in a long-sleeved ivory lace dress, flower crown and veil.

After the ceremony, Rose and Kit, who’ve been together for four years, were scattered with confetti by family and friends before getting into a Land Rover a “just married” sign on the back. 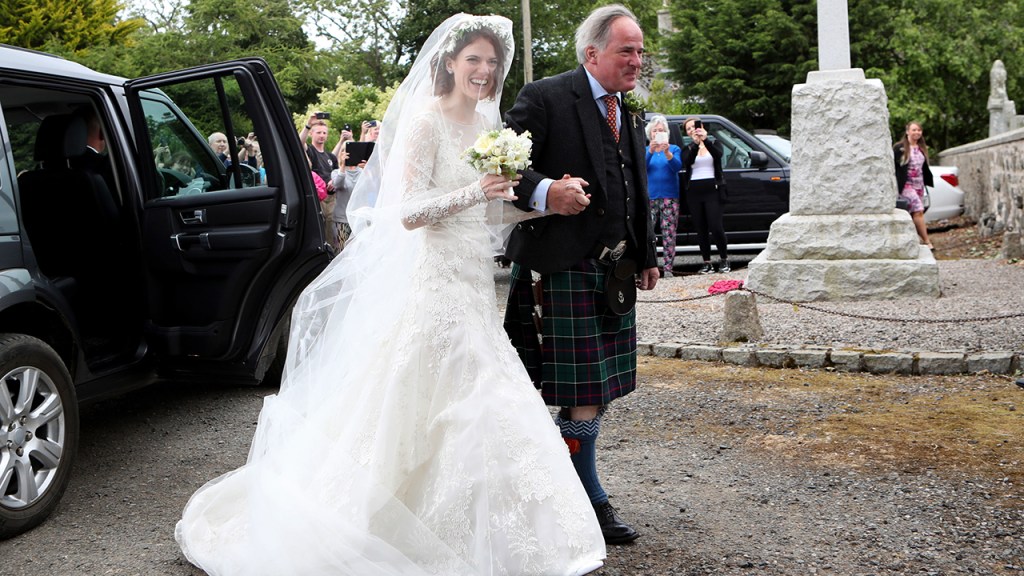 The couple announced their engagement in September last year in a fittingly old-fashioned way, given they met on a TV show set in medieval times.

Neither of the stars have social media accounts, so they decided to announce their engagement the old fashioned way – a newspaper notice.

London Evening Standard staffer Elliot Wagland shared a photo of the announcement on Twitter for people who get their news from the internet, not newspapers (because, er, it’s 2017?). 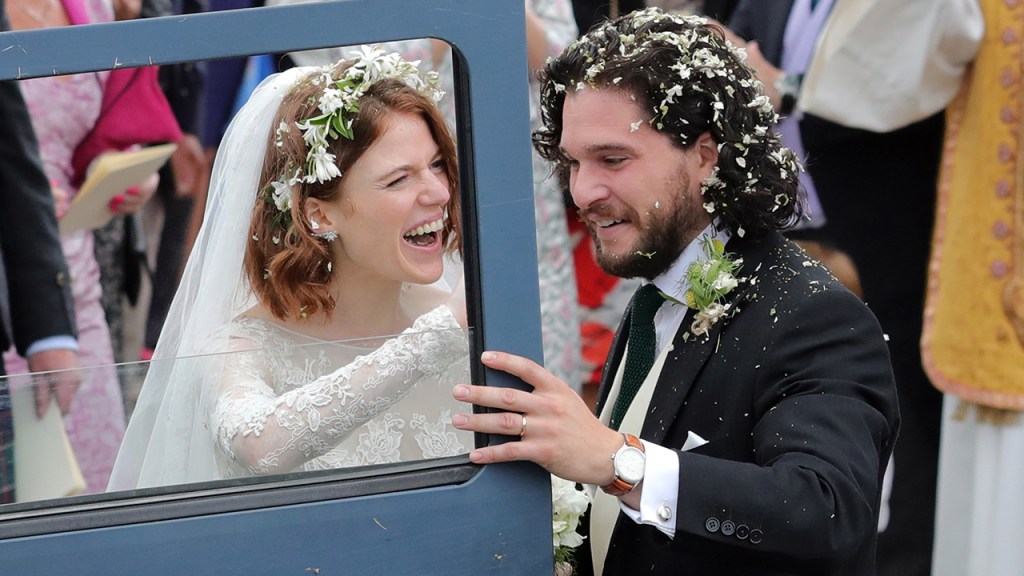 Under “forthcoming marriages”, the notice reads:

“Mr K.C. Harington and Miss R.E. Leslie. The engagement is announced between Kit, younger son of David and Deborah Harington of Worcestershire, and Rose, middle daughter of Sebastian and Candy Leslie of Aberdeenshire.”

After getting to know each other while playing Jon Snow and Ygritte on the HBO show, they went public with their relationship on the red carpet in April 2016.

The world’s collective heart melted when Harington told Vogue Italia of how he and Leslie fell for one another:

“Because the country is beautiful, because the Northern Lights are magical, and because it was there that I fell in love.

“If you’re already attracted to someone, and then they play your love interest in the show, it’s becomes very easy to fall in love.” 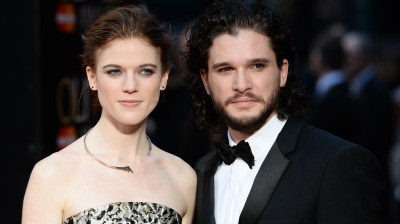