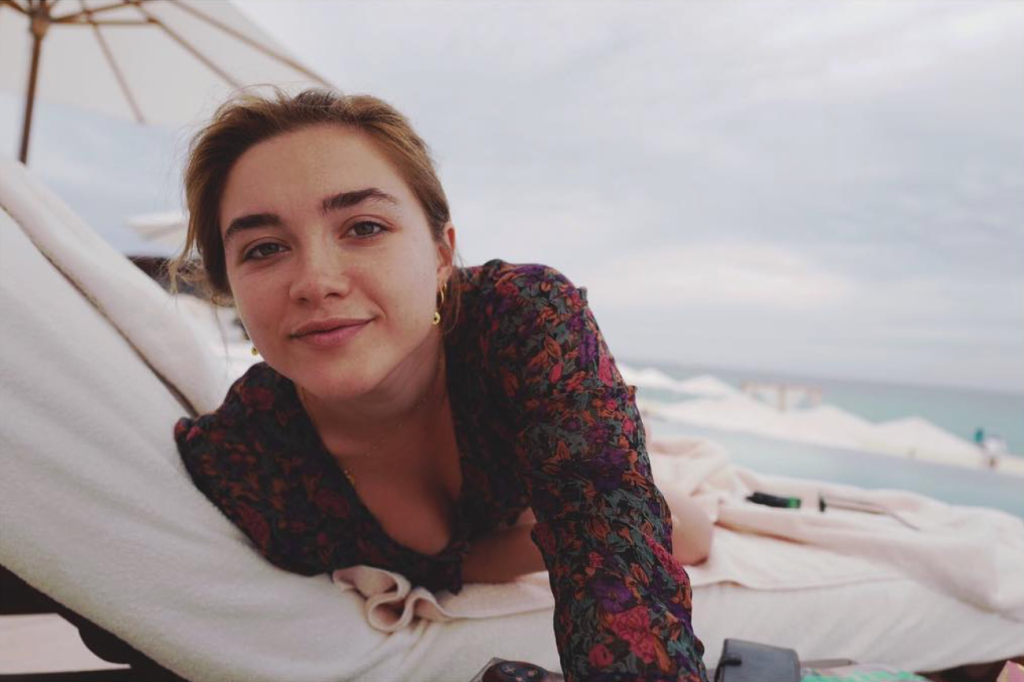 When you have an A-list cast consisting of multiple Oscar winners and nominees such as Meryl Streep, Laura Dern, Saoirse Ronan and Timothée Chalamet, you don’t delay filming for just anyone. But when 24-year-old British actress Florence Pugh was concerned, Little Women director Greta Gerwig was willing to wait as long as it took.

As confirmed by the Academy Awards last week, Gerwig’s decision paid off. Pugh earned her first Oscars nod in the Best Supporting Actress category for her role as Amy March in the period drama, an announcement which coincided with her first Vogue US cover.

Pugh has been acting for seven years with a role in 2016 film Lady Macbeth getting industry attention and acclaim – she won the British Independent Film Award and was later nominated for BAFTA’s Rising Star Award – and her performance in John le Carré’s TV adaption of The Little Drummer Girl so arresting that le Carré named a character after her in his next novel.

But it wasn’t until she was cast as the lead in 2019’s Midsommar that it was clear she is on track to be one of the most in-demand actresses of her time.

thank you @davestanwell and @makeupvincent for all of your morning energy, love AND attention! #midsommar

With a Marvel film in the works – she’s starring alongside Scarlett Johansson in the upcoming superhero spin-off Black Widow – and a Hollywood romance already under her belt – she’s been linked to Scrubs actor Zach Braff since April 2019 – it’s clear that for Pugh, 2020 is just the beginning.

As for what she thinks of it all? Slide to image two:

Before the moment.. the exact moment. #nominated #forafuckingoscar!!!!!!