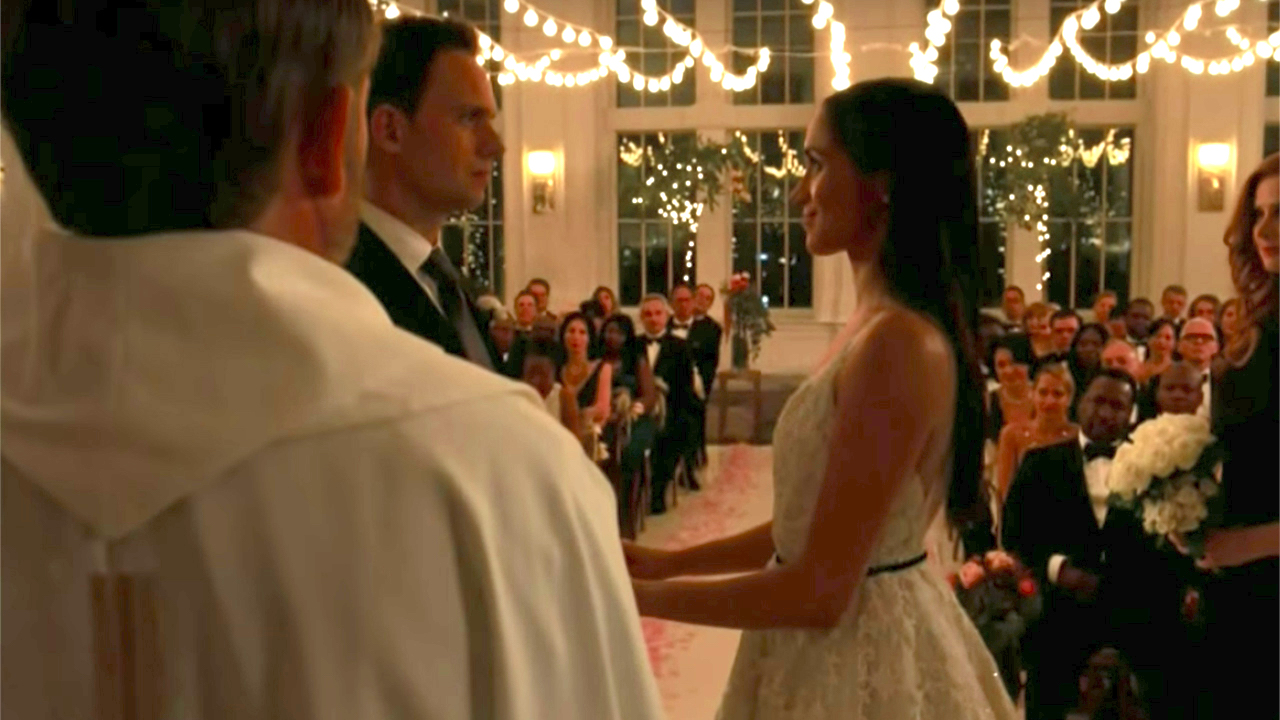 In an eerie coincidence, the world will watch Meghan Markle get married twice in under a month.

The first will be Meghan in character as Rachel on Suits, where she’ll marry Mike (Patrick J. Adams) in the season finale before both actors exit the show for good.

The second, of course, will be in real life, when she marries Prince Harry at Windsor Castle on May 19 (just in case you’ve somehow managed to miss that news).

A trailer for the double episode Suits season finale dropped overnight, and it shows Mike telling Rachel “I’ve wanted to marry you from the second I met you.”

“You are the husband I’ve always wanted.”

The on-screen couple are shown holding hands in the chapel, and later dancing the night away at their wedding reception.