All the better to see you with 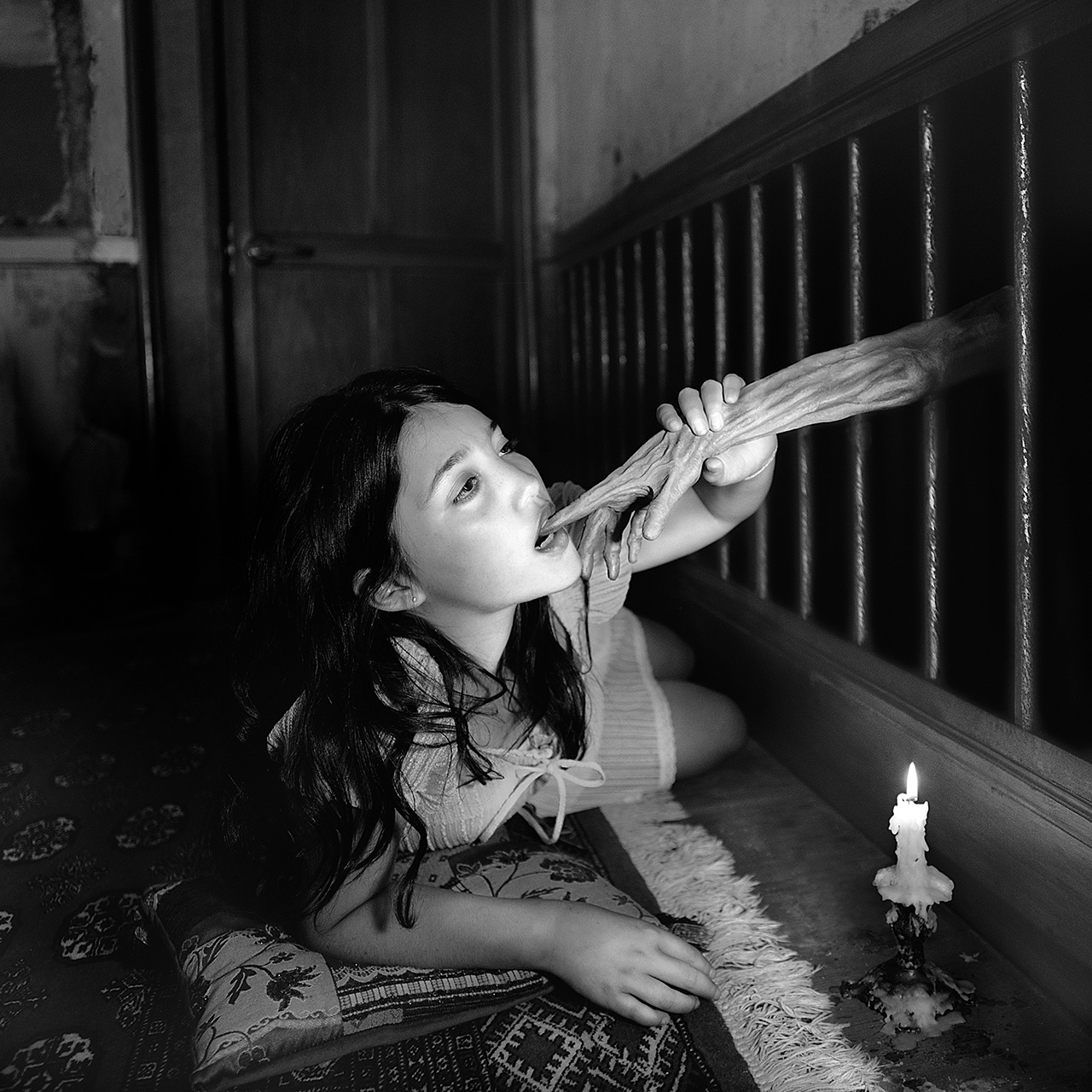 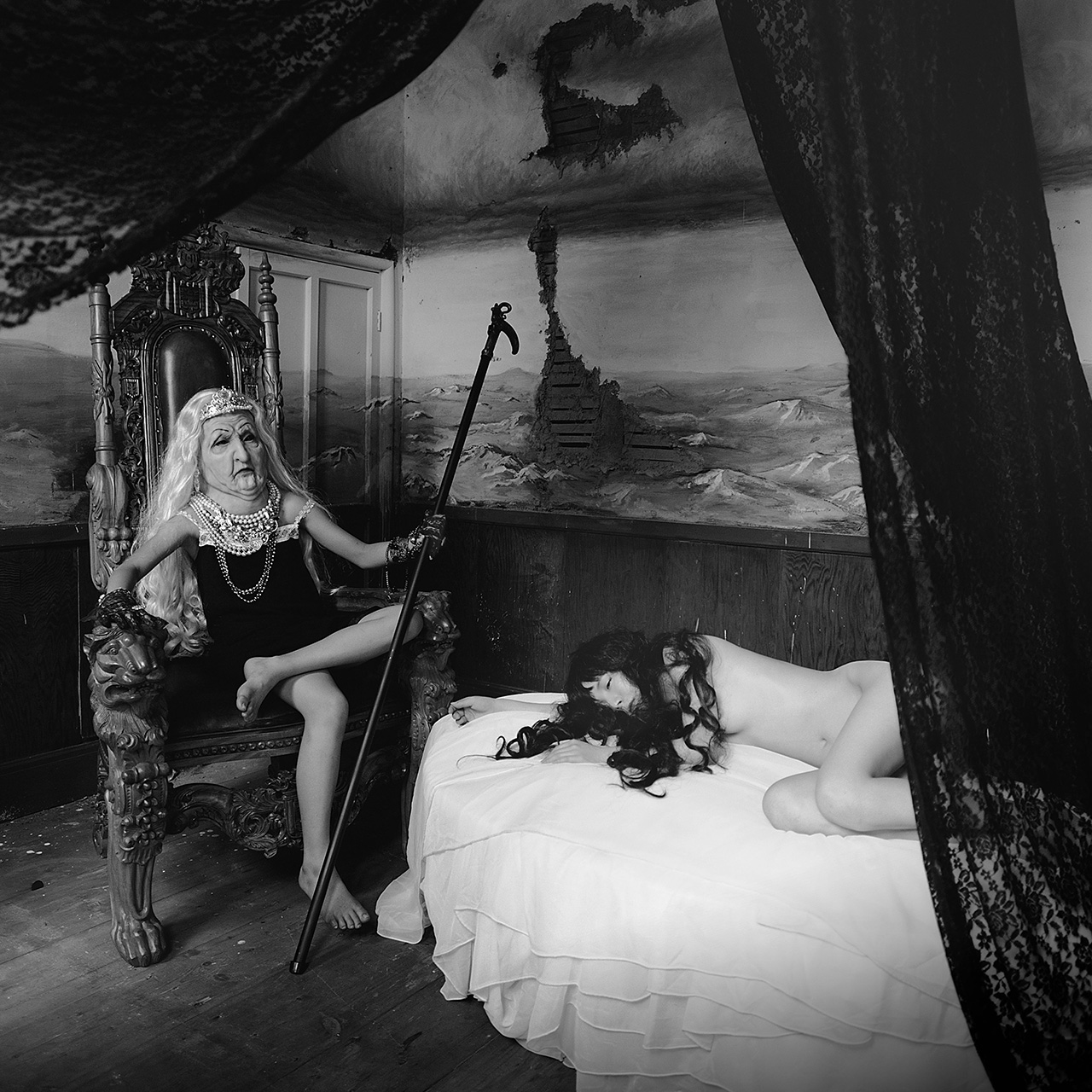 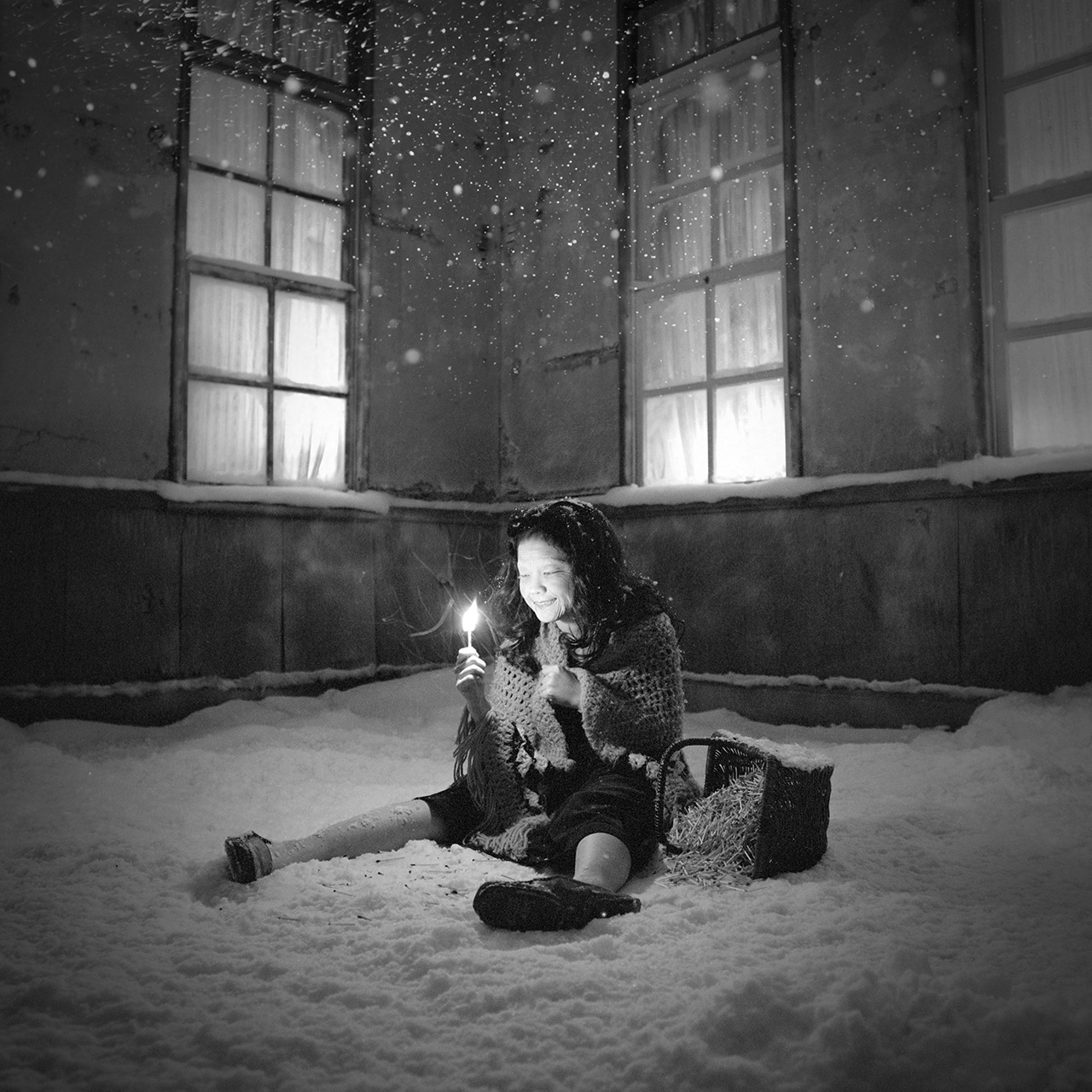 It’s strangely fitting, in a way, that the very reasons for which fairy tales were once censored – infanticide, bodily mutilations inflicted upon unwitting maidens as requital for some imagined wrongdoing, you name it – in the 18th and 19th centuries would today be considered prestige entertainment.

You need only think of The Handmaid’s Tale’s Biblical invocation of forced amputations as punishment for adultery, or the entire premise of The Hunger Games for proof of the matter. As the longstanding theory posits, there are only seven basic plots in circulation and, once you disregard the particulars of each different telling, it then becomes possible to trace those tales across cultures and centuries, with each iteration altering the details to fit their given context. Give a little magic, take out a little homicide and tell it again, in perpetuity.

When the curator Samantha Comte first began plotting the course for her next exhibition at the Ian Potter Museum of Art in Melbourne, it was the revival of dystopian literature that first piqued her interest – in particular those shows, films and novels that champion a solo heroine who doggedly pursues hope regardless of the seemingly insurmountable forces conspiring against her. “That’s what a fairy tale is, they’re all about hope,” says Comte, recalling an early realisation.

“Look at Cinderella. She has this destitute life as a maid but then magic happens, and suddenly she has this beautiful life.” It’s The Bachelorette, but with better shoes.

In their earliest iterations, fairytales were often told to alleviate the kind of drudgery that Cinderella quietly endured, but they also served another crucial function as morality tales – tools for navigating an uncertain world. As a child, Comte’s favourite fairytale was Little Red Riding Hood.

You know how it goes: a young girl, teetering on the cusp of adulthood, receives a warning not to stray from her allocated path or risk engendering great peril from her (male) aggressor. The original tale, by the French writer Charles Perrault, is simple enough: Little Red ventures out and is promptly, unceremoniously, devoured. In this earliest incarnation, there’s no (male) saviour. There’s no justice for Little Red, only the kind of karmic punishment that’s warranted for, as Perrault puts it, having listened to a stranger – an ending that retellings and time, in its course, has changed in manifold ways. It’s for that reason that Comte’s recently-opened exhibition borrows its title from a line synonymous with that ever mutable tale: All the better to see you with: fairy tales transformed.

“The show really tries to explore that dark side of the Brothers Grimm and early French fairy tales that were designed as cautionary tales,” Comte recently told GRAZIA. “It looks beyond the palatable styles that we’ve become so familiar with. As society’s values change, particularly around children, the [fairy tale] genre has adapted to those social mores by incorporating those values.”

While the passing of time came to dictate that Little Red must of necessity be saved by a man, two underlying facets of the story remain unchanged. The threat of menace still remains around every corner, as does the desire to stray from the path and see for oneself – to defy expectations and traverse the boundaries society sets for us, however arbitrarily. All the better to see you with gives shape not only to that exploration of the dark side, but to the subversion that’s present in every story and its receiver.

Fairy tales themselves are still evolving (in the most part, for the better). When Madame d’Aulnoy first coined the term contes de fées to describe her work in the late 17th century, she not only willed into existence the term ‘fairy tale’ but set in motion a tradition of revisionist writings driven by women that was perhaps most significantly inherited by Angela Carter in 1979.

Carter’s The Bloody Chamber, a now canonical series of dazzling short stories, has been instrumental in creating contemporary readings of the fairy tale genre across art, film, literature and technology. In Carter’s retelling of Little Red, The Company of Wolves, Little Red is not devoured by the Wolf – she devours him, seducing her predator and taking him to bed. The tale has also gone on to manifest itself in the digital realm in the form of a video game called The Path, a contemporary ‘choose your own adventure’ style re-reading of the tale that diverts from the original path, quite literally, and imbues each of its six Little Red characters with a sense of agency not present in earlier readings. Little Red also finds new life in the work of the British-Portuguese artist Paula Rego, whose feminist farce gave Comte a starting point from which to springboard into the art world’s embrace of fairytales. Rego’s revisionist reading sees Little Red’s mother re-enter the narrative to defeat her daughter and mother’s killer with a pitchfork and reclaim his pelt as a fetching fur stole – like Three Billboards Outside Ebbing, Missouri, without the boiler suit.

The exhibition space itself has been painted a bloodied shade called ‘Vengeful Red’ for the express purpose of underscoring many of the themes contained within the exhibition. Across three floors, the show houses works from an extensive coterie of Australian and international artists working across media, genre and time.

The Melbourne-based artist Amanda Marburg creates brutal paintings that interrogate the Grimm narratives in unexpectedly delightful colours. Marburg constructs elaborate scenes and figures from sweetly-coloured plasticine, before photographing them against studio backdrops that form the basis for her disarming paintings: of Hansel and Gretel venturing into the woods, or of a Maiden without hands, her face drawn, covered in blood pouring forth from her titular wounds.

The Japanese photographer, Miwa Yanagi, stages similarly elaborate scenes that are then shot in black and white in her series, Fairy Tale. Her models, young girls, appear both masked and unmasked to assume the roles of both naïve ingenue and withered crone. Fallen Princesses, another series of cinematic works by the Canadian photographer Dina Goldstein, redresses the fairy tale trope of ‘happily ever after’ by staging elaborate tableaux that imagine all kinds of conceivable realities for these mythic women after the official portions of their stories have been told.

In each there’s a grim sense of humour, the winsome drama of their past lives undercut with the banality of domesticity, the tragedy of unmet expectations, the hangover that invariably follows the day after the ball.

The pioneering work of the artist Lotte Reiniger, a filmmaker and director who worked in Germany and London from the 1920s until the 1960s, is central to the exhibition, the influence of her groundbreaking work readily discerned in many of the exhibiting artists. A pioneer of animation, Reiniger was inspired by fairy tales, Chinese and Indonesian shadow puppetry and painstakingly crafted entire worlds out of cardboard and wire that have gone on to shape the work of several artists who have made the fairy tale milieu their own, particularly the American artist, Kara Walker.

Walker, a renowned and prolific contemporary artist, often draws on folk history, fairy tales and historical fiction in the creation of work that grapples with and is haunted by struggles with sexuality, violence, and subjugation. Reiniger’s influence is clearly discerned in her featured work, Burning African Village Play Set with Big House and Lynching, which transmogrifies a child’s play-set into a tool for rewriting violent historical narratives centered around pre-Civil War American history.

The mutability of the silhouetted scenes – a plantation mansion, small huts set ablaze, enslaved African Americans, Confederate soldiers on horseback, and curtsying Southern belles – allows for a rewriting of events that have indelibly shaped the course of human history and continue to structure its dominant narratives.

If only you could reach out and touch the work and reconfigure its fairy tale parts, Walker seems to suggest, a different story would emerge.

Most of the artists Comte has selected to exhibit are female – a fact that the curator says was not at all intentional.

“I think the themes lend themselves to female artists,” she says, estimating that three of the 21 artists exhibiting identify as male; two of those working in tandem with female artists. “The idea of the fairy tale has been taken up by women to explore issues of representation and feminism, often subverting the dominant narrative of the fairy tale to turn it on its head.”

On the final level of the exhibition is an early work from the artist Patricia Piccini, Still life with stem cells. In the hyperrealistic sculptural mode with which Piccinini has made her name, a young girl, in a red cardigan no less, sits cross-legged on the floor. Around her, and in her lap, are six engorged ‘stem cells’ inflated to the size of dolls, rendered with uncanny, unnerving verisimilitude. She looks on at them fondly, petting their fleshy lumps indiscriminately. In Piccinini’s vision of the future and the technological capabilities its subject implies, it’s children who are perhaps best equipped to deal with life’s unexpected, and often unpleasant, realities.

Perhaps, the artist seems to suggest, we needn’t have censored these fairy tales in the first place at all.

All the better to see you with: fairy tales transformed will exhibit at the Ian Potter Museum of Art until March 4. More information is available here.