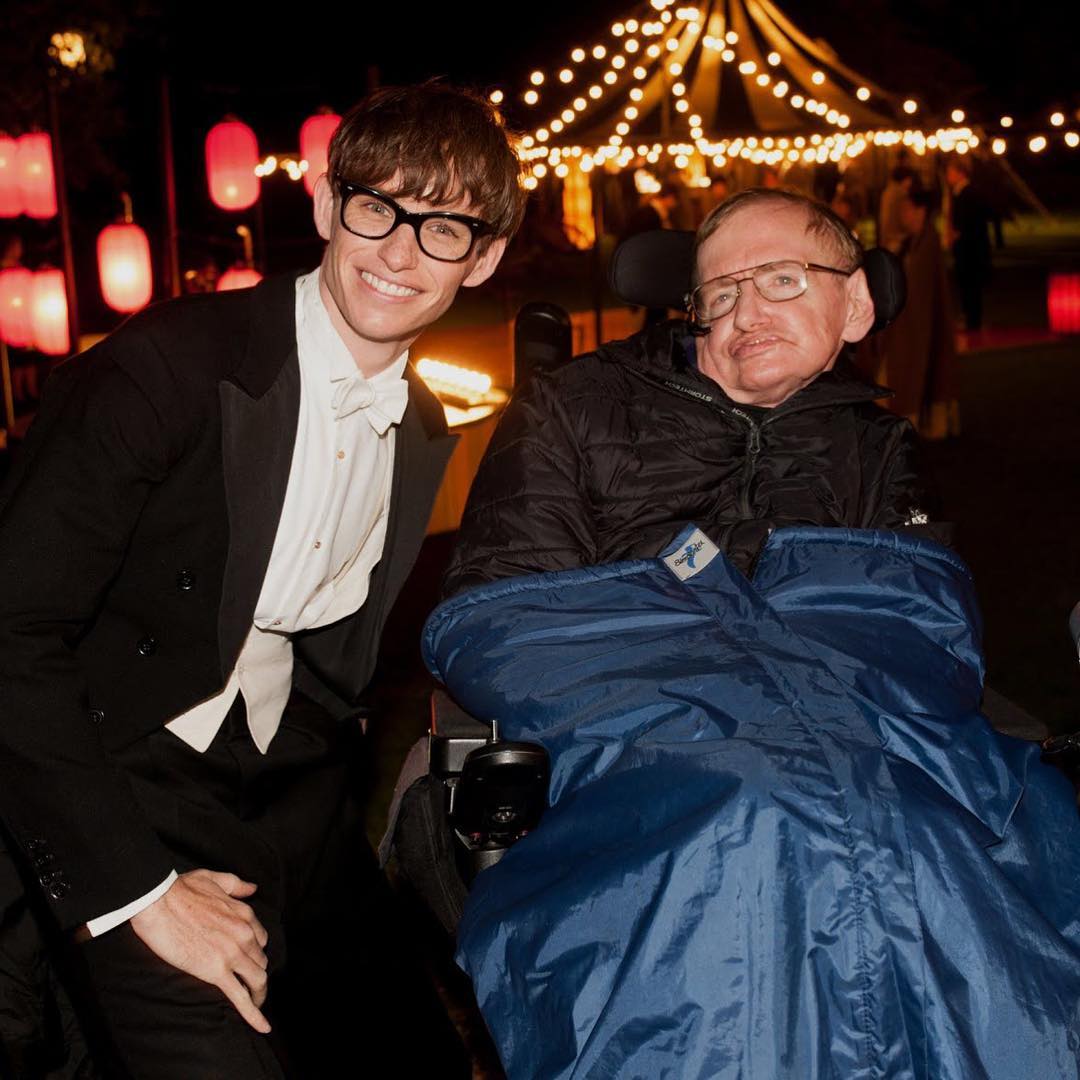 Eddie Redmayne attended the funeral of Stephen Hawking in Engand overnight, to pay tribute to the legendary physicist who passed away at the age of 76 last month.

Redmayne, who won an Oscar in 2014 for his portrayal of Hawking in The Theory Of Everything, was one of the first to arrive at the ceremony in Cambridge.

Felicity Jones, who played Redmayne’s fiancé in the film, was also in attendance.

On March 31, Eddie Redmayne arrived at the funeral of Stephen Hawking, at the University Church of St. Mary the Great, Cambridge.
Eddie honored the memory of the scientist as he read a passage from the Bible, Ecclesiastes 3: 1-11. pic.twitter.com/OmZd0JZnpK

It’s understood Redmayne spoke during the service, reading from a religious text.

Upon learning of his March 13 death, the actor said in a statement:

“We have lost a truly beautiful mind, an astonishing scientist and the funniest man I have ever had the pleasure to meet,” he said. “My love and thoughts are with his extraordinary family.”

In a 2014 interview, he described the experience sitting down with Hawking as he prepared to play him in The Theory Of Everything.

“I spent half an hour telling him about himself,” he said.

“It takes him a while to speak, so there were lots of pauses and silences. It got so bad that I was filling the air reminding him that he was born on the 8th of January, which is Galileo’s birthday. And I said I was actually born on the 6th of January, so we’re both Capricorns. When the world ‘Capricorn’ came out of my mouth, I don’t think I’ve ever felt so horrific in my life.

“He spent 10 minutes typing something out, and said, ‘I’m an astronomer not an astrologer.'”

Hawking was pleased with Eddie’s portrayal of him on screen, writing on Facebook not long after he won the Academy Award:

“Congratulations to Eddie Redmayne for winning an ‪#‎Oscar for playing me in The Theory of Everything movie,” Hawking wrote on his Facebook page after Redmayne’s big win. “Well done Eddie, I’m very proud of you.”