A new Louis Vuitton leather plant has just opened up in Texas, so in between firing off tweets abusing the “do-nothing Democrats”, shifty Adam Schiff, fake news outlets and anyone else who dare challenge him, the US president has gone to cut the ribbon at plant’s opening ceremony.

Attending with his daughter Ivanka and her husband, Jared Kushner, Trump toured the new manufacturing plant in Alvarado, Texas, just south of Fort Worth, and chatted with some plant workers before delivering a speech.

“This workshop will soon employ 500 of the most highly skilled workers anywhere in the world,” Trump said. “No one can match the precision and perfection of an American artisan.”

“Every handbag and piece of luggage produced at Louis Vuitton in Texas will be made by hand and stamped with the beautiful words, “Made in the USA!”

Trump was full of praise for Ivanka and Jared, saying that Ivanka was responsible for “14 million jobs this year” and making his daughter and son-in-law stand up so the crowd could applaud them.

Ivanka was seen earlier that day in Texas toting a Chanel handbag; she wisely appeared to have left it in the chopper for the Louis Vuitton tour. She sported a short new hairstyle that might have been inspired by vintage Hollywood starlet Grace Kelly.

Trump visited the Louis Vuitton plant after attending a fundraiser in Fort Worth that raised about $5.5 million for Trump Victory, a joint fundraising committee for the Trump campaign and the Republican National Committee.

After the tour, he headed straight to a campaign rally in Texas where he got back to the business of being Trump.

Democrats are now the party of high taxes, high crime, open borders, late-term abortion, socialism, and blatant corruption. The Republican Party is the party of the American Worker, the American Family, and the American Dream! #KAG2020 pic.twitter.com/qXB198T5cM

“Tonight, we forcefully condemn the blatant corruption of the Democrat Party, the Fake News Media, and the rogue bureaucrats of the Deep State. The only message these radicals will understand is a crushing defeat on November 3, 2020! #KAG2020” he tweeted.

New York Times fashion director Vanessa Friedman was also at the LV plant on opening on Thursday and tweeted her own bewilderment at the unfolding scenes, which Trump retweeted gleefully.

So here I am at the @LouisVuitton⁩ factory with the LV cattle in the LV fields in Johnson County, Texas for the POTUS ribbon cutting. Never did I think I would write all those words in one sentence before. pic.twitter.com/HXB75mCUbA

The ⁦@LouisVuitton Trump ⁩ ribbon cutting. “Louis Vuitton…cost me a lot of money over the years” said the President. pic.twitter.com/e8MvgRGpjn 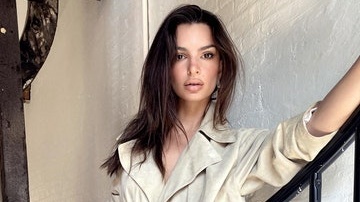 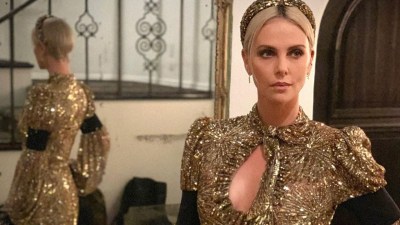 Charlize Theron Is As Good As Gold 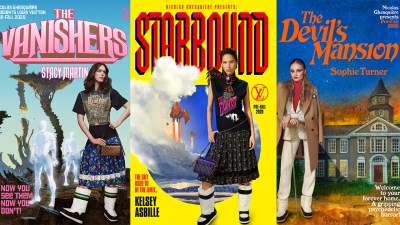 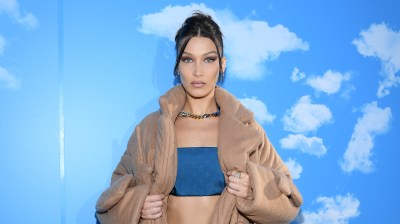 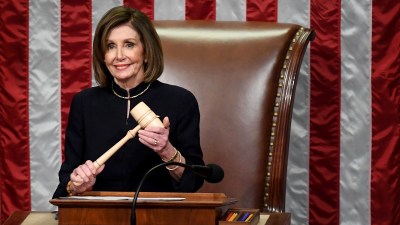 The Best Twitter Reactions To Trump’s Impeachment
Next page