Donald and Melania Trump meet the Queen for tea

And the US President only slightly broke royal protocol 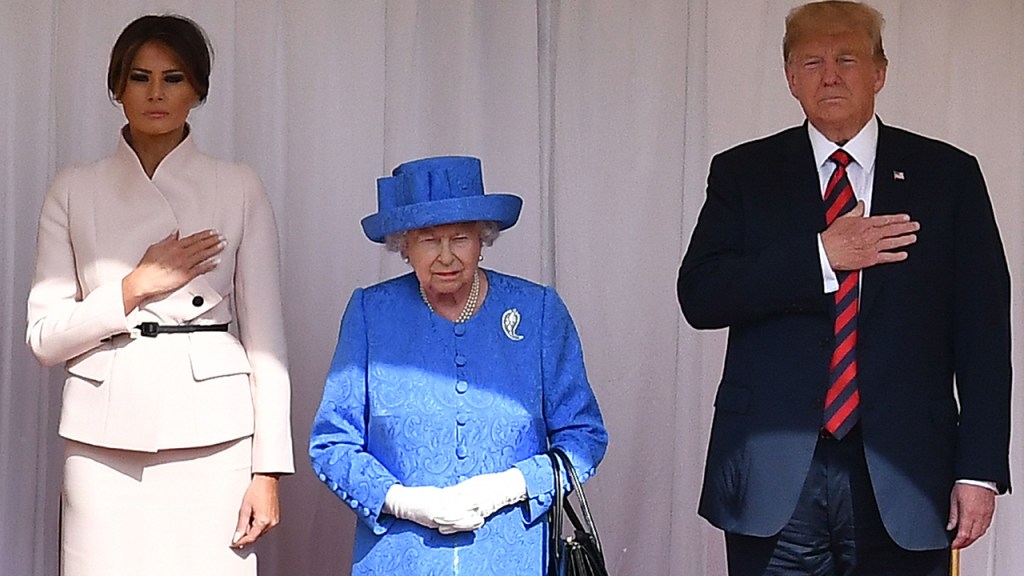 Donald and Melania Trump visited the Queen at Windsor Castle overnight, the US President and First Lady’s tour of Europe and the UK continuing amid protests.

Trump and his wife were greeted by the 92-year-old British royal family matriarch, before the trio stood to watch the military band play the US National Anthem.

Trump resisted giving one of his infamous heavy-handed handshakes when he met Queen Elizabeth, but he did commit a faux pas by not bowing in front of her, and at times had his back to her – both considered breaking royal etiquette.

It’s understood Queen Elizabeth prefers guests to be conservatively dressed, and Melania stuck to the dress code in a couture Dior jacket and skirt.

Local media reported the Trumps overstayed the initial scheduled time, having tea inside Windsor Castle for 47 minutes instead of the planned half-hour catch-up.

The meeting happened as more than 60,000 people took to the streets in London to protest Trump’s visit in the UK. Demonstrators held signs resisting Trump’s inflammatory rhetoric regarding immigrants, women and Muslims.

Prince Harry and Meghan Markle, the Trumps’ fellow American, were not in England for the visit – the couple is currently on official royal business in Ireland.

Where’s Harvey Specter When We Need Him To Take On “The Firm”?