It's all just a little bit of history repeating for Dior, who will return to Blenheim Palace tomorrow to stage their annual Cruise presentation - their third at this historic site Christian Dior (second from the left left), the Duchess of Marlborough and Princess Margaret after the presentation of Dior’s Winter Collection at Blenheim Palace in aid of the British Red Cross on November 3, 1954
Credit: Popperfoto/Getty Images
A mere day after Louis Vuitton showed its Cruise collection to spectacular effect in front of Rio de Janeiro’s iconic Niterói Contemporary Art Museum, the focus of an increasingly itinerant fashion cognoscenti now turns toward Dior, which will present its new Cruise 2017 collection at Blenheim Palace tomorrow.

While far-flung destination shows have become de rigueur for Europe’s biggest fashion houses, which are staging miniature Cruise fashion weeks across the globe in an effort to penetrate new markets, there’s more to Dior’s decision to show at a stately palace in Oxfordshire than just a desire to do something unexpected and headline grabbing.

In fact, showing at Blenheim is something that Dior has done before – twice, to be precise.

The house has previously shown two fashion shows at the 18th century palace. The first took place in 1954 during the legendary tenure of the maison’s eponymous founder and featured 13 models wearing over 100 couture looks. Four years later, one year after Dior’s untimely death from a heart attack, his assistant and successor, a 22-year-old Yves Saint Laurent presented a similar salon style show with 16 models wearing 136 garments.

Both shows were styled as salon presentations for 1,600 guests, who each paid a five guinea donation in aid of the British Red Cross. The two shows were held at the invitation of the Duke and Duchess of Marlborough and in the presence of Princess Margaret, a mutual fan of the designer and his label who also wore an iconic white Dior ballgown for her 21st birthday.

That Dior are returning to a place and referencing a time of great historical importance for the house could perhaps hint at big things to come. In the absence of a blockbuster designer, studio heads Lucie Meier and Serge Ruffieux have been designing placeholder collections that have so far received tepid reviews. There’s mounting speculation that this collection will be the first presented by the the brand’s first sole creative director since the departure of Raf Simons in October last year. While Alexander McQueen’s creative director Sarah Burton and Erdem Moralıoğlu are two British names that have both been thrown into the mix, Dior are yet to comment further on the matter.

The sharp contrast between Blenheim Palace and last year’s Cruise venue, Pierre Cardin’s Antti Lovag-designed Palais Bulles, or the futuristic Bubble Palace, also hints at a drastic about-face for the venerable couture house. A World Heritage listed Baroque masterpiece surrounded by 2000 acres of romantic gardens, Blenheim is not only the current home of the 12th Duke and Duchess of Marlborough and the birthplace of Winston Churchill, but the site of over 300 years of rich British cultural history, which looks like it might be opening a bold new chapter tomorrow.

In the interim, indulge in the ultimate Dior #tbt tribute below. 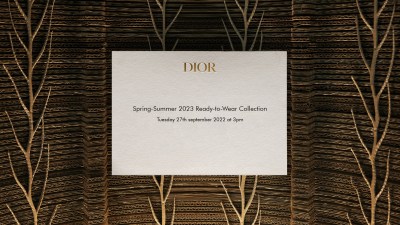 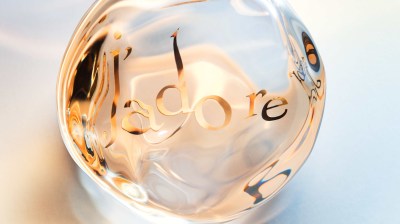 Dior’s Latest Fragrance Is Made From Flowers, Water, And Nothing Else
Next page