Chances are hell froze over yesterday, because here are three words I thought I’d never write in the course of my long fashion journalistic career: Crocs are cool. And it’s all Chris Kane’s fault.

Last season it was Teva sandals on runways. A year before that, we saw Birkenstocks reborn. But there was one style-conscious line even the most committed ironic fashion enthusiasts and luxury designers absolutely would not cross: plastic clogs. In a cataclysmic move that can never be undone, Kane took a giant, gemstone-embellished step over that mark in the sand yesterday for his Spring/Summer 2017 show at London Fashion Week.

During a presentation that deserved to have buyers, fashion media and the celebrity guests wide-eyed at the spectacular collection of masterfully crafted clothes, instead the crowd sat with mouths agape as eyes were drawn downwards. The fact the Brit designer offset his brazen statement of shoe rebellion with sheer black stockings just sealed the deal. Sure the custom marble finish in four colourways was interesting, and the usual Emoji-like shoe charms being replaced with natural gemstone ‘Jibbitz’ was a luxe touch, but at the end of the day, they were still the same staple footwear brand of chav travellers and two-year-olds. How could he?

My first reaction was to assume Croc HQ made Kane a financial offer he couldn’t refuse – after all, runway shows cost many hundreds of thousands of dollars to produce and I’ve seen plenty of dodgy ‘sponsor’ additions to runways over the years I’ve covered the Fashion Week circuit. That would have been a plausible and, frankly, understandable explanation.

But news today that things played out the other way around is almost as shocking as brown plastic popping up there in the first place. A Croc senior vice president has confirmed Kane approached them several months ago for permission to include their shoes in his LFW show.

Little surprise the mass-market brand jumped at the chance (the first, and hopefully last time any luxury designer’s helped them climb through a window into the high fashion arena). He then worked with the brand’s ‘designers’ to create custom colours and gem embellishments to compliment his masterful SS17 collection. Of course, both brands plan to capitalise on their new friendship. Kane will sell the special edition plastic clogs – each stamped with his logo on the ankle strap – in select places that already retail his fashion, with prices expected to start around $200. (Just to put that into context, a pair of bog-standard Crocs set you back around $49 in Australia.) They won’t be sold in regular Crocs outlets. As for clog brand itself, bosses are currently rubbing hands together in glee and preparing for a giant bump in sales as their wares enjoy their first wave of relative cool-factor.

Mock as some (including yours truly) will, the fashion crowd are fickle and easily turned – the whole normcore trend of ironic, daggy pieces and $1000 Vetements hoodies are proof of that – so there’s every chance these shoes will become cult classics for a season. Maybe even two. Hell, I might even give them a test run if I was gifted a pair.

But before you part with your cash, just ask yourself this: Kane wants you to wear them, but what would King Karl think? I’m pretty sure we all know the answer. 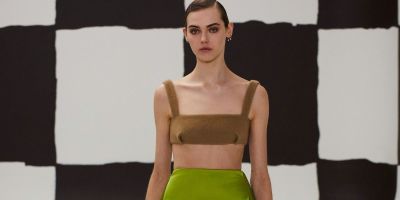 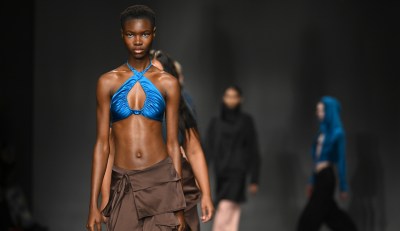 A Spice Girl, A ‘Euphoria’ Star And A Runway Filled With Future Cult Items: It’s Supriya Lele, Of Course 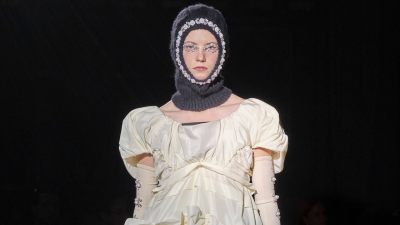 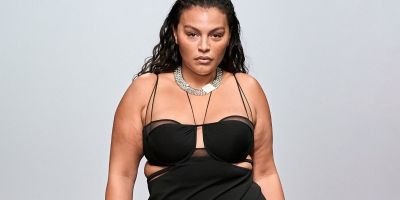