Agnes Martin spent a decade painting in New York before heading west to New Mexico in the late 1960s where she worked in isolation until her death at the age of 92
Credit: Supplied

The work of Agnes Martin (1912 – 2004), a Canadian-born artist who spent her formative years as an artist working in New York alongside contemporaries like Ellsworth Kelly and James Rosenquist before relocating to New Mexico, is the subject of both a new retrospective opening this week at the Solomon R. Guggenheim Museum in New York and a COS-designed capsule collection that takes its cues from Martin’s nuanced and contemplative work.

“Not from the beginning, but quite early in her career, she turned from being an abstract expressionist into working more with minimal art with lines and grids,” COS head designer of womenswear, Karin Gustafsson, told GRAZIA earlier this year while discussing Martin’s recurring influence on her work and that of her colleague Martin Andersson, head of menswear design at the H&M-owned entity.

The similarities between the work of Martin – one of the preeminent American artists of the late twentieth century whose understated style interrogated the power of sparse monochromatic compositions to evoke positive and emotive experiences – and the Swedish high-street retailer’s quiet, considered design ethos are manifold: a refined colour palette with a preference for neutrals, a fondness for clean lines and organic geometry and a predilection for a simplicity that belies rather complex construction chief amongst them.

Inspired by Martin’s subtle and measured approach to painting, both designers have constructed a capsule collection of 12 pieces rendered in the same muted palette and textiles like canvas and linen, redolent of the workwear that Martin herself preferred. Embellishments are typically minimal, with hand-drawn checks and hand-stitched stripes emulating Martin’s signature bold geometric forms, particularly those of her later years.

The line is a first for the Guggenheim, who will stock pieces in its New York store to coincide with the retrospective of some 110 works, with a percentage of the proceeds from sales in COS stores also being donated to the Agnes Martin Foundation. 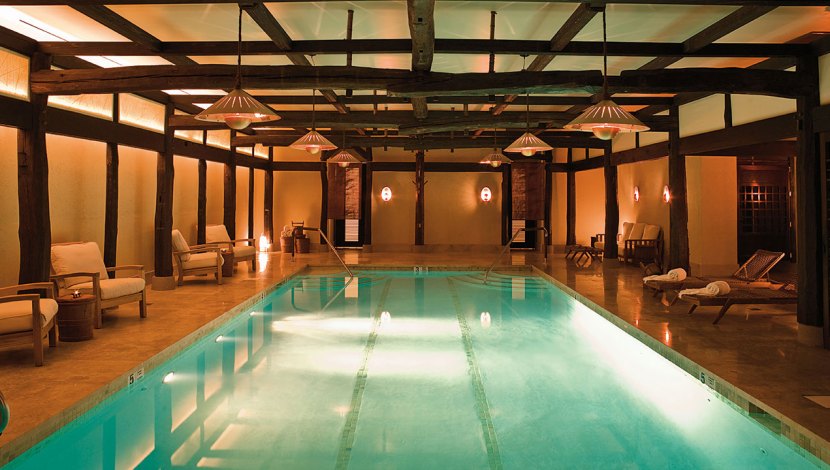 A Japanese Massage (Almost) Worth Travelling To NYC For