Kylie Jenner’s best friend, Jordyn Woods is rumoured to be the cause

It’s officially confirmed: Khloe Kardashian and Tristan Thompson have ended their relationship ten months after the Keeping Up With The Kardashian’s reality star gave birth to their daughter True.

While the couple are said to be focused on co-parenting their little girl, the reason for the break-up is shockingly being attributed to Kylie Jenner’s best friend, Jordyn Woods, who allegedly had a recent affair with Thompson. Reports have claimed the basketball star and the 21-year-old met up at a private party at his Los Angeles home over Valentine’s Day weekend and were spotted looking “suspiciously intimate”.

Hollywood Unlocked first broke the report and while Thompson called it “fake news” via a now-deleted tweet, Kardashian commented on the publication’s post alluding to its truth via emojis. 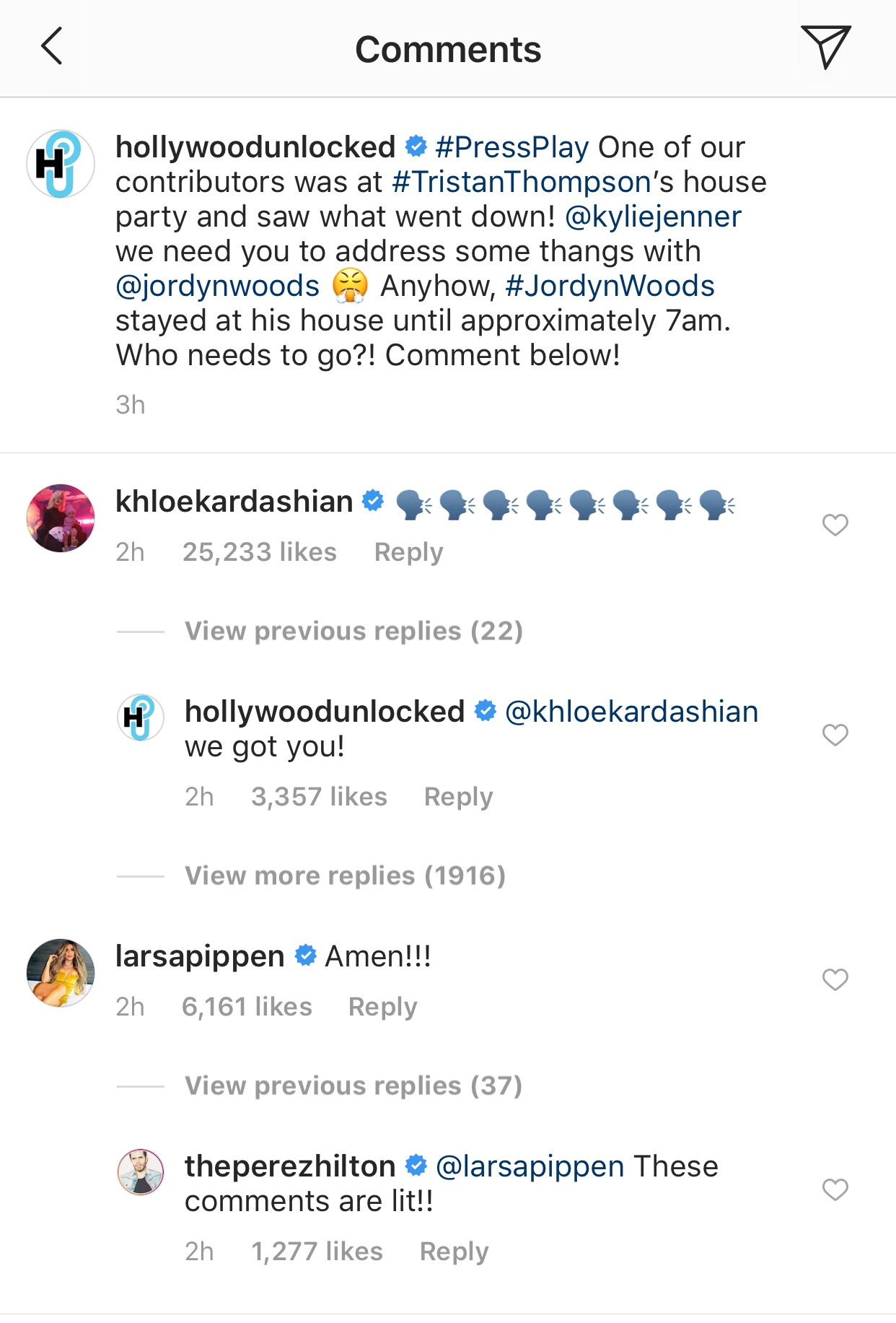 It is believed, however, Kardashian has been checked out for a little while. There are so many reports of the state of their relationship on the internet but we’ll take it from E News who have a close relationship with the family. “Khloe doesn’t trust Tristan and the relationship hasn’t been repaired. It’s never going to be the same,” E News reported a source as saying recently. Another source told the publication Kardashian was focused on her daughter and work and “chooses not to worry about [Thompson] or to classify their relationship anymore.” “She doesn’t need to think about what’s up with Tristan or what he’s doing out on the road like she used to,” the source said. “Being True’s mom is truly all she cares about and is her top priority.”

Just days before True was born in April 2018, Thompson was involved in a cheating scandal with multiple women. A heavily pregnant Kardashian went into labour, the world media questioning the future of the relationship. While Kardashian’s sister Kim didn’t have time for Thompson’s bad behaviour, it was eldest sibling Kourtney who reminded us all of the little baby at the centre of the drama. This sentiment was highlighted when the three sisters appeared on Watch What Happens Live With Andy Cohen where the host asked Kourtney if she would have stayed with Thompson post-scandal.

It’s Back To Work For Lee Mathews
Next page