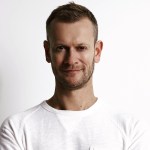 Censor-worthy clothes and the XY equivalent of Gigi and Kendall. The Spring 2017 Men's Fashion Weeks are in full swing and they have our attention

Men haven’t been at the forefront of fashion since Brit Beau Brummell, the original street style star of the late eighteenth and early nineteenth centuries, forced the less adventurous sex into a uniform of three piece suits and ties. Blips such as Marlon Brando in jeans and a white T-shirt and David Bowie in pretty much everything helped keep things interesting, but now men’s fashion is being taken seriously rather than sniggered at. We’re in the midst of the men’s runway carnival, taking in London, Florence, Milan and Paris and already some key trends have emerged. The first is that breakout Vine star Cameron Dallas (he of 13.1 million+ Instagram followers) and Cindy Crawford’s baby boy Presley Gerber look set to be the XY chromosome’s answer to Kendall Jenner and Gigi Hadid following star appearances at Dolce & Gabbana’s show. The second trend is that penises are big. Eight months after leaving the still vacant creative director’s chair at Christian Dior (and while we wait for his imminent announcement as head honcho of Calvin Klein) Raf Simons brought meat and potatoes to his show at Pitti Uomo in Florence. A rather excited penis appeared on a red coat in the name of art, with Simons also using the work of deceased American photographer Robert Mapplethorpe on T-shirts and shirts. The front of THAT penis jacket at Raf Simons SS17… Credit: NOWFASHION … And the back (with strategic eggplant emoji added by us). If you want to see sans fruit (yes, fruit – ask wiki), you’ll have to buy the real thing Credit: Twitter @jiandeleon

If you’re wanting to tap into the Mapplethorpe vibe without being banned from public playgrounds, channel the energy of Mapplethorpe’s muse Patti Smith in a crisp white shirt, skinny tie and black leather jacket. It’s less ballsy but equally satisfying.

Despite the artistic leanings, Simons’ show also tapped into the oversized youth silhouettes, which are dominating the season. These were explored to their fullest by Russian breakout star Gosha Rubchinskiy, with the former hairdresser bringing back a side of the ‘80s that many people who remember dancing to Madonna’s Borderline when it first came out have been trying desperately to forget. Flashbacks to the 1980s from the Gosha Rubchinskiy SS17 show finale. Copy at your peril Credit: NOWFASHION

While other designers have mined the last days of disco and preppy parts of the Dynasty decade, Rubchinskiy’s show was filled with Russian skate rats in oversized Breton knits, satiny sports shorts and sweatshirts with sportswear logos such as Fila, Sergio Tacchini and Kappa. In their sportswear, these models looked more ready to pick up an STD than a barbell.

There was an undone edginess to Rubchinskiy’s approach but be careful pulling this look off at home. You will need an upmarket accessory so that people appreciate your ironic approach rather than mistake you for a legit mall rat. Footwear is another area where the shaky line between luxury and bogan was blurred even further. The backpacker staple of socks and sandals has reared its ugly feet at Margaret Howell, Marni and Versace. At Versace the sandals were Velcro and the socks were of the fine knit variety favoured by your Physics teacher. This is one of those crazy looks best saved for dance and dorm parties, even if you have cankles. Not even David Bowie was game enough for this one. Which brings us back to where it all started: Beau Brummell, BFF of the Prince Regent of the day and godfather to all impeccably-groomed male show ponies thereafter…