Trailblazing Hollywood Icon Cicely Tyson Has Died Aged 96. One Of Her Last Tweets Was To Amanda Gorman

Tyson paved the way for Black actresses and women everywhere in a historic career which spanned over seven decades. A few weeks before her death, she got to see a young Black woman take to the world stage

Cicely Tyson, the iconic Emmy, Tony, and Honorary Oscar-winning actress who starred in Sounder and The Autobiography of Miss Jane Pittman, has died at the age of 96. The news was announced by Tyson’s longtime manager, Larry Thompson, and comes just two days after the release of Tyson’s memoir, Just As I Am.

“I have managed Miss Tyson’s career for over 40 years, and each year was a privilege and blessing,” Thompson said in a statement. “Cicely thought of her new memoir as a Christmas tree decorated with all the ornaments of her personal and professional life. Today she placed the last ornament, a Star, on top of the tree.”

Tyson blazed a trail for Black actresses over the course of her historic career, which spanned over seven decades. Starting as a model after being scouted by a photographer in New York City, Tyson later transitioned to acting, carving out a career for herself marked by her commitment to playing strong, fully-realised characters and refusing to play roles that she thought were demeaning to Black women.

After working for her whole life to uplift Black voices, Tyson bore witness to 22-year-old Amanda Gorman becoming the youngest poet to ever read a poem at a presidential inauguration. The moment prompted her to send out her second to last tweet ever in honour of Gorman, writing, “@TheAmandaGorman, your words remind us that we will rise, rebuild, reconcile and recover. Thank you for your words and light.”

“@TheAmandaGorman, your words remind us that we will rise, rebuild, reconcile and recover. Thank you for your words and light.” CT

Upon news of Tyson’s death, Gorman reposted the tweet, writing, “This legend’s second to last was about me. I can’t stop crying. Thank you, thank you, thank you Cicely. You’ve given us Black girls everything.”

Others who have paid tribute to Tyson online include Shonda Rhimes, Zendaya, and Tyson’s How to Get Away with Murder costar, Viola Davis.

Davis wrote, “I’m devastated. My heart is just broken. I loved you so much!! You were everything to me! You made me feel loved and seen and valued in a world where there is still a cloak of invisibility for us dark chocolate girls. You gave me permission to dream….because it was only in my dreams that I could see the possibilities in myself.”

Oprah Winfrey shared a photo of herself and Tyson laughing at an event, writing, “Of all the times and experiences we shared together, this was one of my favorites: The weekend of the Legends Ball in 2005. The idea for the ball originated because I wanted to celebrate HER, and other remarkable Black women who carved a path and built a bridge for me and generations to follow. What a joy to honor her and feel her receive it! I loved her hat so much, she sent it to me afterwards.”

She continued, “Cicely decided early on that her work as an actor would be more than a job. She used her career to illuminate the humanity of Black people,” wrote Winfrey. “The roles she played reflected her values; she never compromised. Her life so fully lived is a testimony to Greatness.”

Zendaya posted a black and white portrait of Tyson, captioning it, “This one hurts, today we honour and celebrate the life of one of the greatest to ever do it. Thank you Cicely Tyson. Rest in great power.”

Regina King posted, “QUEEN somehow just doesn’t capture MS. TYSON. Her legacy has left an indelible mark. She paved a way that created a space for girls like me to feel the light.” 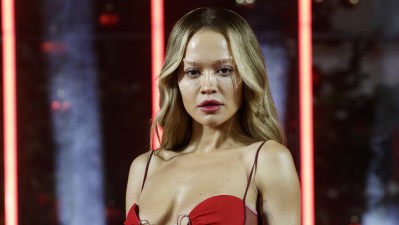