The show aired in Australia last night. And we were all a bit surprised Xi's fall was left part of the final cut 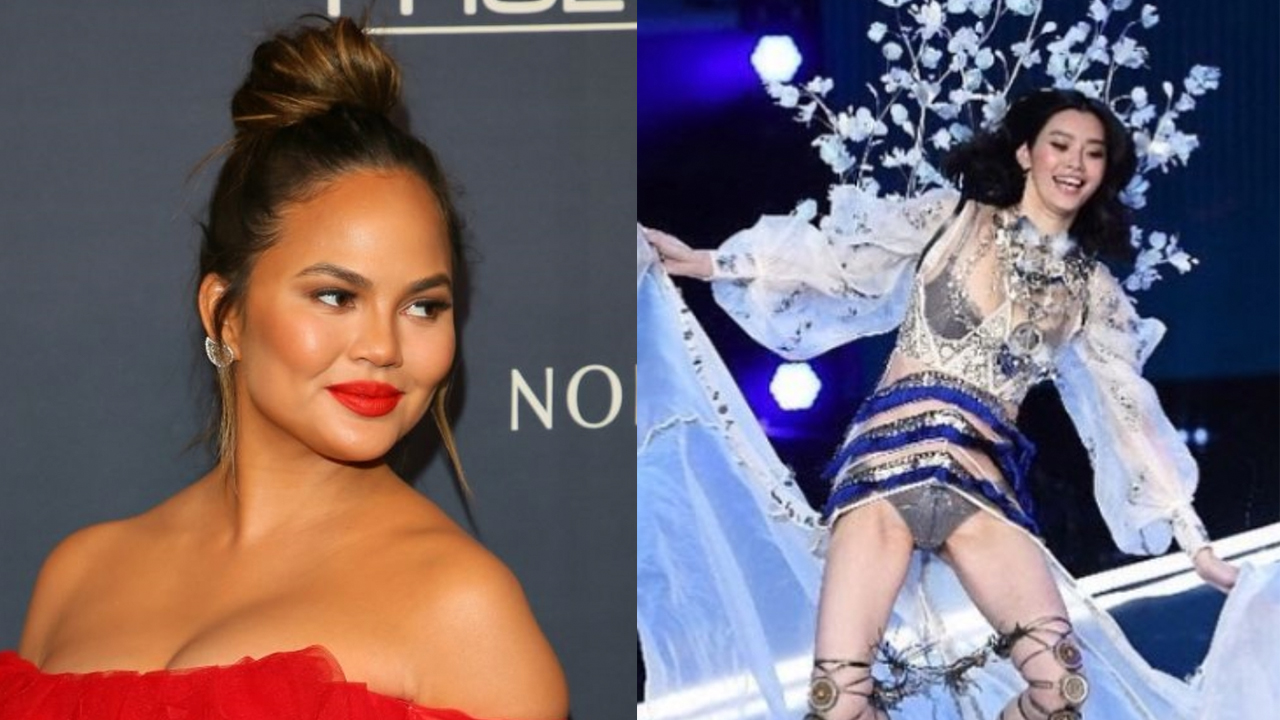 It was the heartbreaking moment a Chinese model tripped and fell on the Victoria’s Secret runway. Minutes before, Ming Xi had fronted the cameras citing how excited she was to walk in front of a home crowd. Instead the distressed model tripped and fell to her hands and knees. Today – armed with the knowledge Victoria’s Secret film the show twice in order to edit it from all angles – fans were annoyed the lingerie giant kept the footage of Xi in the to-air edit. They then turned their anger towards CBS who aired the package across North America. In Australia, you would have seen the mishap on Channel Nine.

It's not about how hard you fall, it's about how strong you stand! #VSFashionShow pic.twitter.com/KDpsNLyccs

Chrissy Teigen was notably in agreement with fans on Twitter. “Seems a little cruel of VS to not cut Ming Xi’s fall out of the broadcast but hey what do I know!,” a user posted. Teigen responded: “Especially when they film it twice.” Another wrote: “Pretty uncool of Victoria’s Secret to not only Ming Xi fall, but then also show her crying backstage.”

There was also a wave of Twitter uses angry that the 2014 incident where Elsa Hosk’s wing nearly took out a distressed Ariana Grande. “They can cut-out Elsa Hosk’s wing smacking Ariana Grande when she performed two years ago at the VSFS but not edit out Ming Xi’s fall in the final show and her crying?” one user said.

But it was one user who used the opportunity to stoke the international relations fire. “Well, VS literally humiliated Ming Xi by airing her crying and falling… I guess China will do it’s thing and ban VS forever.” They are of course referring to the Chinese government’s decisions to not allow certain models or entertainer’s into the country via not approving their Visas. One such model was star attraction Gigi Hadid who reportedly offended the Chinese people when she squinted her eyes together and took a photo next to a Buddha. Katy Perry was also not allowed to perform in her slot as she had worn a Taiwanese flag during a performance in 2015. (China and Taiwan do not have the best of relationships.)

Visas issues aside, the show was also a huge hallmark occasion for Alessandra Ambrosio who was celebrating her 17th and final walk as a Victoria’s Secret angel. “It was an honour to share so many special moments on the runway with you @adrianalima! Love you” she posted to her Instagram. Adriana Lima has walked 18 years and has gone on the record to say she is going for the 20.

.@AngelAlessandra hits the runway for the final time, and she definitely left her mark! #VSFashionShow pic.twitter.com/JBfF5KeLfl