For this chef, the oyster is his world

Love oysters? Chef Sean Connolly will give you a run for your money (and a festival that celebrates them too) Sean Connolly’s lifelong romance began where so many romances before it have: in the south of France, in a small harbour town, at age 13. He remembers it today as clearly as the waters the ebb and flow along that singular stretch of coastline: he was with his parents in a seafood restaurant eating crabs and oysters when love first struck.

“I can still remember the taste of the salty creaminess” says the chef, who, of course, is talking about his first intoxicating experience with oysters – the pearlescent, viscous bivalve molluscs; not merely some fleeting summer fling, the consequences of which he would still end up reckoning with for the remainder of his life. “Eating oysters is like breathing: inhale, swallow repeat. Inhale, swallow repeat,” says the Yorkshire raised chef. “I love the depth of flavours, minerality, brine, fresh saltiness.”

And just like breathing itself, “Oysters are now a part of my everyday life,” says Connolly, who advocates for thinking of the shellfish as being appropriate for any and all hours of the day, from breakfast to a light night snack. Since that formative first brush with the divisive hors d’oeuvres, oysters have come to shape some of the chef’s most memorable moments throughout his life and career. He recalls time spent as “a lad of 19-years-old working on the QE2” and slurping his first oysters in New York, and the nostalgia of being surrounded by the old oyster farms of that city’s harbour. Then, perhaps most significantly, there was another turning point when, in 2012, Connolly opened The Morrison Bar and Oyster Room with Fraser Short. He considers it to have been his “chance to share our love of oysters, good food and people.”

The following year, the pair commemorated their joint venture’s first birthday by staging the inaugural Oyster Festival in August. It was a $1 Oyster Happy Hour that really shucked things off, eventually cementing the monthlong celebration as an unmissable event in the minds of those for whom the charm of oysters has proven to be similarly irresistible. Today, the Festival has been expanded to include over 50 varieties of oysters sourced Australia wide, as well seven additional oyster dishes including Connolly’s signature Carpet Bag Steak, which today has been transformed into a burger served with duck fat chips; and Beer Battered Oysters paired with mushy peas and malted vinegar – the latter paying homage to the chef’s Yorkshire childhood and love of comfort food. There’s also whisky and champagne masterclasses and oyster education classes espousing the wonders of the world of oysters, as well as the opportunity to win a place in a group expedition headed on an Oyster Experience trip south to Bateman’s Bay. “It’s been fantastic to see how the festival has evolved over the years, really establishing that we are the home of oysters,” says Connolly. “Fraser’s inspiration to start the $1 Oyster concept all those years ago was a real game changer and has really revolutionised the oyster scene in Sydney.”

That’s certainly no small feat. It should go without saying that, biases aside, Australia not produces some of the best oysters in the world but the perfect conditions in which to enjoy them freshly shucked (preferably accompanied by good company and better champagne). “Specifically Tathra oysters from the South Coast of NSW, which consistently win oyster competitions both nationally and internationally,” says Connolly.  “This is largely due to the Sydney rock variety being native to Australia: the habitat they grow in – the bays and estuaries – and the plant vegetation influencing the algae the oysters feed on gives those layers of flavours and complexities that are completely unique to Australia.

“Additionally we’re now seeing a trend in pacific oysters that have been grown in a Sydney rock environment, the point of difference being those flavours from the fresh water nutrients, as opposed to have that full oceanic flavour profile.” As for the oyster’s long rumoured aphrodisiac profile, Connolly would prefer to keep mum on the topic.

“Are they, aren’t they? I’d rather not say, but anything that promotes eating oysters is a good thing, so go for it! Enjoy yourself!”

The fifth Morrison Oyster Festival will run for the entirety of the month of August. You can find out more information here.

topics: ONE AND ONLY, CULTURE NEWS, FOOD, DINING, RESTAURANTS, BARS, AFTER HOURS 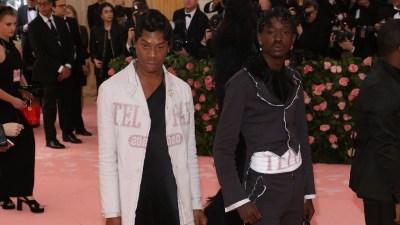 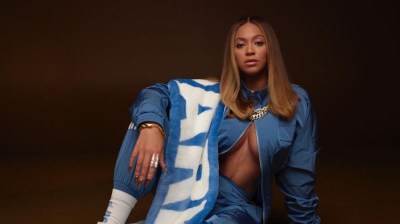