It's A-game or nothing for this Oscar-winner

Back in November 2019, Emma Watson coined the phrase ‘self-partnered’ when speaking about her love life and being single aged 30 to British Vogue. Though she had good intentions – to show that you don’t need a significant other to be happy, despite what the patriarchy would like to tell you (correct) – the term was met with a bit of backlash for being, well, a bit wanky.

Someone’s dating – or not dating – advice we can definitely get behind though is Charlize Theron, who opened up about being single to Drew Barrymore on Barrymore’s new project, The Drew Barrymore Show.

During the actress’ conversation, Theron revealed she hasn’t dated anyone in five years, but that her life is full and, therefore, she doesn’t feel lonely. Furthermore, there’s absolutely no way this Oscar-winner is going to settle, just to tick the box of having a partner.

“I’m in a place in my life where you have to come with a lot of game,” she told Barrymore. “Not the kind of game that we think of, the kind of game where my life is really good so you better be able to bring that and maybe better because I just won’t accept anything less.” She added, “I can honestly say this, on my life, I don’t feel lonely.”

Every day is #InternationalDogDay in my house.

“Once I had my children, it’s not that it replaces something, or that it makes you less interested in something else,” she said. “I’m still firing on all cylinders. I just think your priorities are in a place that is of high demand; it’s a lot of work to be a parent. Part of that is at the end of the day I get to bed and I think, ‘Oh my God, I wouldn’t want this day to be any different.’ “

Earlier this year, Theron spoke openly about the concept of marriage, saying she has never aspired to walk down the aisle. Speaking on The Howard Stern Show, she said, “I never wanted to get married. That’s never been something that’s important to me.”

“My life right now just doesn’t allow a lot of room for something like that to happen,” she continued. “But in saying that, there’s not this thing that drives me [to have a romantic relationship]. I enjoy being set up on dates but I don’t know if I’ll ever be able to live with somebody again. To be totally frank, they might have to buy the house next to me. I don’t know if I’m going to be able to deal with that ever again, I’m too old for that shit.”

Utterly obsessed with you, Charlize. 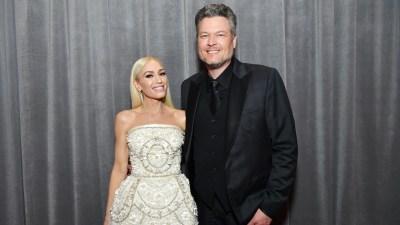