Question for Cate Blanchett: Can you be a supporter of #TimesUp AND Woody Allen?

Asking for a… well… Dylan Farrow to be specific

A fair assumption: 2017/2018 marks a watershed moment where women are pushing forward and challenging a prehistoric status quo at an unprecedented pace. An interesting case study, however, has been the Woody Allen scandal and the accusations brought to light by his estranged daughter Dylan Farrow. (She claims he sexually abused her as a child, the director has denied all. For the record, the case was thrown out of court as Farrow’s claims were believed to be influenced by her mother. You can read more about it here.)

Socially we’ve seen various movements emerge across many industries rallying for gender equality and spurred on by the Weinstein scandal; #MeToo, #TimesUp. Since, actresses and creatives such as Greta Gerwig, Kate Winslet and Ellen Page, and actors Timothée Chalamet, Michael Caine and Colin Firth have all publicly spoken out against Allen and distanced themselves from any association with his tarnished name.

But Cate Blanchett is sitting on the fence. The Australian actress worked with Allen on the 2013 Oscar-winning comedy-drama Blue Jasmine and says the director’s criminality depends upon the judicial system and not social media. This is true. However, can you be a loyal supporter of such social movements (something Blanchett is) and a supporter of Woody Allen?

In a recent interview with CNN, Blanchett was asked outright: How do you juxtapose being a #MeToo proponent, a Time’s Up proponent, and staying silent or having worked with Woody Allen?

Cate Blanchett on the Woody Allen case: "If these allegations need to be re examined, that in my understanding they've been through court, then I'm wholeheartedly in the support of that. Social media's fantastic about raising awareness about issues but it's not the judge in jury" pic.twitter.com/18tn7UnQg0

Her response was interesting. “I don’t think I’ve stayed silent at all,” Blanchett responded. “At the time that I worked with Woody Allen, I knew nothing of the allegations, and it came out during the time that the film was released. At the time, I said it’s a very painful and complicated situation for the family, which I hope they have the ability to resolve.”

“And if these allegations need to be re-examined which, in my understanding, they’ve been through court, then I’m a big believer in the justice system and setting legal precedents,” she continued. “If the case needs to be reopened, I am absolutely, wholeheartedly in support of that. Because I think that there’s one thing about—social media is fantastic about raising awareness about issues, but it’s not the judge and jury.”

So where do you stand? Is someone guilty until proven innocent by a court of law? Or has the events surrounding Harvey Weinstein etc. ushered a new wave of support to every woman claiming abuse, so much so, we distance ourselves from her alleged perpetrator? Would you work with Woody Allen? We’re keen to know your thoughts, and specifically your thoughts surrounding Farrow’s most recent question on Twitter:

Can one be a “vocal campaigner against sexual harassment” and a vocal supporter of Woody Allen? Seems a tad oxymoronic. https://t.co/IYa8dspI5H 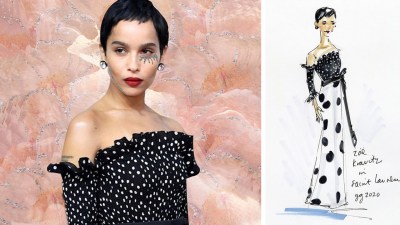