Cate Blanchett is funnier than you imagined

Ahead of the “Thor: Ragnarok” release, the Australian actress caught up with Ellen DeGeneres and… talked about her husband’s wrists a lot

In evidence just in that Thor: Ragnarok stand-out star Cate Blanchett is truly wittier than you, watch the 48-year-old’s latest interview with Ellen DeGeneres. On the promotional trail for her new film which also stars Chris Hemsworth and Mark Ruffalo, Blanchett is hilarious as she talks through her favourite body part. (Hint: It’s weirdly her wrists).

Speaking to U.S. InStyle recently, Blanchett recalled her childhood years in Australia and what she’d say now – as an Oscar-winning Hollywood movie star – to her younger self. “There was a nanosecond where—being Australian, once again—where I thought this summer I’m going to have a tan come hell or high water, and I was on the roof, as white as I am, covered in baby oil,” she began. “And also, it’s so hard as a teenager, and even into your 20s, your sense of yourself, I mean it always evolves, but you’re so vulnerable to other people’s interpretations and impressions of what you should look like. And I’d say ‘f**k that’ a bit more.”

“And that’s where women can step in and really champion different types of beauty and working what you’ve got. Everyone’s starting to look the same and talk the same, it’s only interesting when we’re all—it’s the melting pot, right? I’d worry about it less. And since discovering this I’ve really worried about it less. Because I just thought ‘I’m set, I’m done, I don’t have to think about that.’ There’s a lot of self-hatred in women. I think I’d eradicate that in myself earlier.”

Thor:Ragnaork is in Australian cinemas October 26. 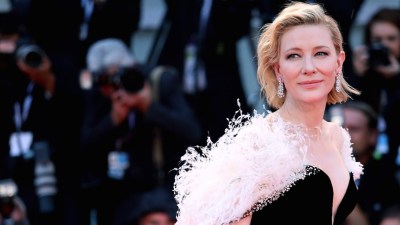 If You’re Looking To Try A New Sheet Mask, This Is Cate Blanchett’s Favourite