Cardi B Deserves More And Finally, She’s Taking It

In the past few years, Cardi B has cemented herself as one of the biggest names in pop culture, creating chart topping music, selling out stadiums worldwide and commanding an Instagram following of over 75 million people. In 2020 alone, the rapper has created the year’s most talked-about song and music video, WAP, a collaboration with Megan Thee Stallion which prompted a viral TikTok dance, conservative men to accidentally admit they’d never had good sex and women everywhere to celebrate their bodies.

But she’s far more than just one of the biggest names in music, Cardi uses her platform to educate her young followers on politics and the importance of voting, speaking to the likes of Bernie Sanders, and, of late, Democratic Presidential nominee Joe Biden, never shying away from asking some of the most famous politicians in the world hard-hitting questions about race and policies.

However, unfortunately, all of the success and talent in the world won’t keep bad men at bay.

At home, Cardi has been dealing with her husband, rapper Offset’s consistent infidelity over the length of the couple’s three-year marriage. Despite previously forgiving her partner for cheating – something he admitted to publicly on Instagram in a bid to win her back, this time it appears Cardi has had enough. On Tuesday, she filed for divorce at an Atlanta courthouse, saying the marriage is “irretrievably broken” and “there are no prospects for a reconciliation.”

PEOPLE reports that the move comes after Cardi found out Offset had been unfaithful again, something she reportedly had tried to look past previously for the sake of the couple’s 2-year-old daughter, Kulture Kiari.

Now, if things are going to follow a similar pattern to that of the past, Offset will likely begin a public plea to win his wife back. But hopefully this time she realises she’s far too good for a man who can’t stay faithful and who definitely doesn’t deserve to be anywhere near her WAP. 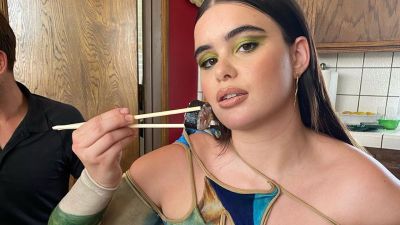