She revealed her baby bump during a live performance 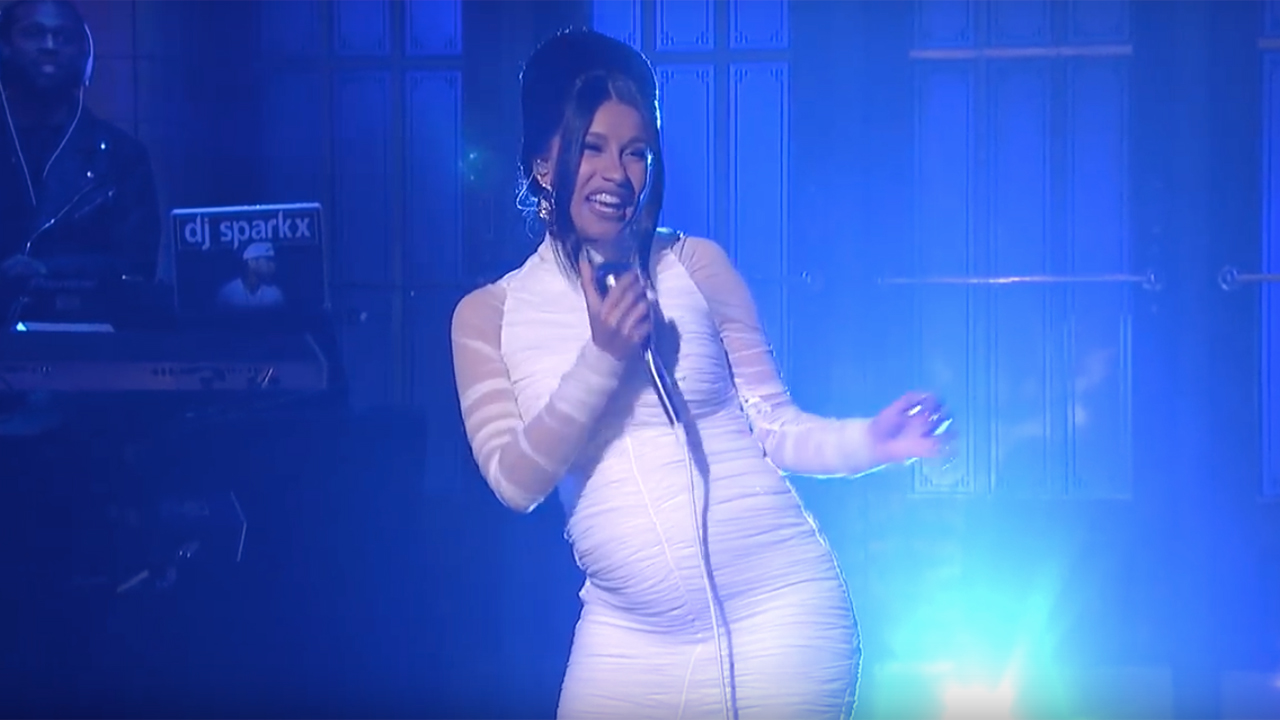 After months of speculation and outrageous cover-up outfits, Cardi B has confirmed she’s pregnant – and in a way Beyonce would be proud of.

The Bodak Yellow rapper was performing track Be Careful from her new album Invasion Of Privacy on Saturday Night Live when halfway through the song, the camera zoomed out to reveal her baby bump showing underneath a skin-tight dress.

She’d been covered up in an aforementioned outrageous outfit for her first performance earlier on the episode, keeping it a secret from the audience.

The moment was reminiscent of Beyonce’s pregnancy announcement at the 2011 MTV Music Awards, where she removed her tuxedo at the end of Love On Top to reveal her growing belly to the world (what a welcome to the world for Blue Ivy).

Hours after the unveiling, Cardi B, who is engaged to Migos rapper Offset, took to social media to explain why she kept her pregnancy a secret for so long (fans are speculating she’s at least six months pregnant).

Apparently having received some negative comments online, she wrote in an Instagram story “”This is why I did not wanted to say nothing [sic],” Cardi wrote in a since deleted post.

“People be so thirsty to scrutinize and try to destroy something that is suppose [sic] to be a blessing.”

Cardi is scheduled to perform at Coachella this month, and she’ll no doubt be relieved not to have to worry about hiding the bump under heavy layers for her festival performances in the desert.