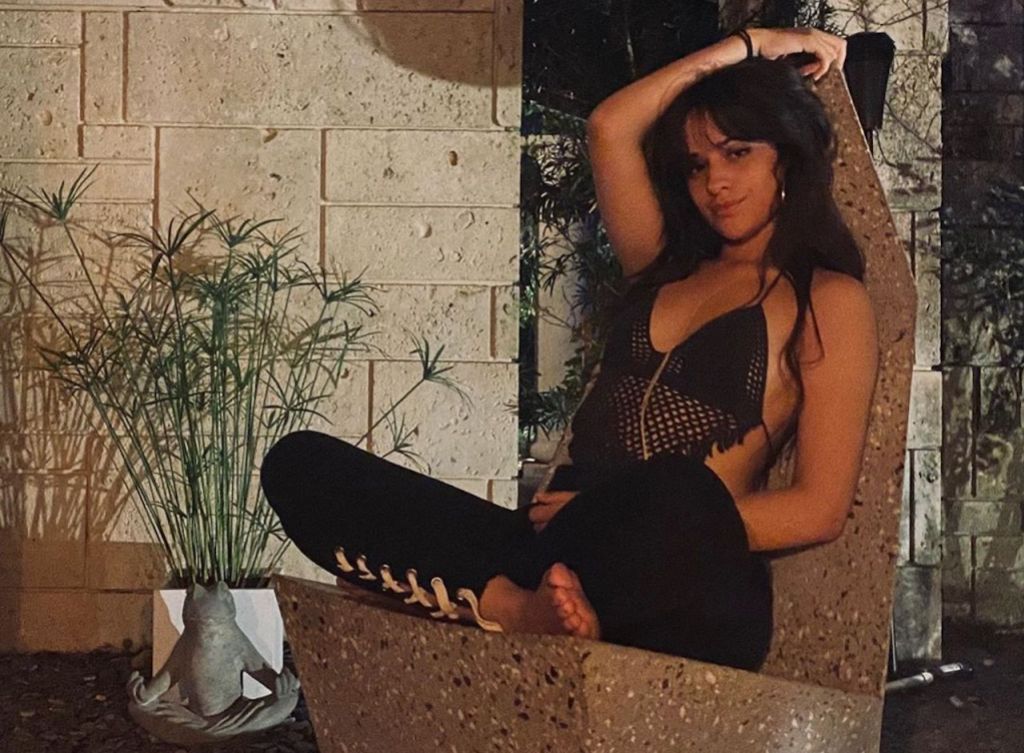 The quarantine haircut became a big trend at the beginning of lockdown, as people took it upon themselves to fashion at-home fringes and chop their hair off, mostly due to pure, relentless boredom. Though a lot – alright, most – DIY dos didn’t turn out too well, the appetite for a change has rubbed off on even those who’ve never had short hair, such as Camila Cabello.

Over the weekend, the singer posted a photo of herself with a cury lob and fringe, writing that she’s never in her life had her hair this length. “LOST MY SHORT HAIR VIRGINITY!!!! I’ve had long hair all my life it’s TIME TO FEEL THE AIR ON THESE SHOULDERS BABY,” she wrote, adding that her boyfriend, Shawn Mendes, took the photo.

Cabello’s new shaggy log is dramatically shorter than her usual long layers, sitting just below the shoulders, instead of falling down to her waist. She also had celebrity hairstylist Dimitri Giannetos trim her curtain bangs into full, wispy fringe.

The shaggy lob first became popular in 2017, when the likes of Karlie Kloss, Georgia Fowler and Taylor Swift debuted the short style with bangs and wavy hair. But Cabello’s naturally curly texture makes the look even more relaxed and lowkey, which is perfect for 2020 when all we’re doing is sitting around the house trying to look cute.

Anyone know where I can get a good perm around here?