The son of the definers of excess, hedonism and rock n’ roll, Brandon Thomas Lee is the antithesis of modern-day “celebrity” It is commonplace to believe the burgeoning careers of celebrity spawn are yearning to be parodied. From the powerful hallways of Trump’s White House to many an eager heel scampering to an audition along the pathways of WeHo, the term nepotism has never really sat well with any of us. Surely those born elitists have no clue of the delineation of a hard day’s work, of building a career on their own merit and outside the trappings of extreme wealth and a famous surname. Surely these youthful prodigies tasked with golden opportunities deserve some cyber vitriol for every 127 worshipping Instagram comments. Brandon Thomas Lee – son of Baywatch O.G. Pamela Anderson and Jack-guzzling Mötley Crüe drummer Tommy Lee – is one of only a handful of celebrity offspring to buck this perspective.

Growing up on the beach in Malibu where real estate comes at a price but pretentiousness is free for those who can produce their own Cartier, 21-year-old Lee says you could “look to your left and her parents were ‘so and so’ and his parents ‘so and so’”; a neat mini microcosm of privileged people and their families. “I left for boarding school in Vancouver when I was 13 and coming from LA, it was a complete culture shock. Mum’s hometown of Vancouver Island is one of the most beautiful places in the world but for 90 percent of the year, it’s really dark and rainy which, while it made me really appreciate the beach, it can get inside your head a bit,” he says. “But my parents wanted to get me out of LA. In the environment I had grown up in, you can get stuck in a bubble and end up going down a slippery slope. You can become very…what’s the word I’m looking for?” Lee pauses. “Entitled,” he begins again.

“And I never wanted to be that entitled kid in LA.”

If it comes as a surprise to hear such a grounded and squeaky-clean sound bite from the offspring of arguably the most perennially wild superstar couple of the 90s, you’re not alone. A (reported) penchant for pharmaceutical indulgence, the public’s love affair with the bad-boy musician and his red-swimsuit-striding model wife struck us the exact degree of recklessness and set a precedent to the future of celebrity; before Kim Kardashian, before Instagram, before TMZ, there was Pam and Tommy. And it was impossible to look away. In 1996, they welcomed Brandon Thomas (or Brando as his mother calls him, “like Marlon Brando”) into the world. A year later, Dylan Jagger was born and in 1998 they were divorced. As a baby, Lee would visit the set of his mother’s iconic television show. “When I was really young, my grandparents were watching over me on the set and decided to take me to a nearby park to get an ice-cream,” says Lee with a chuckle. “[The producers] were trying to film and Mum wouldn’t go on set as she thought I was kidnapped and was freaking out! She called the cops!” When it came to extra-curricular activities, Pamela was the one on the sidelines of after-school games and playing a real-life lifeguard on the beach as her sons surfed every day before school. “She was the busiest lady in the world and she still made it out to my games and made sure she was taking us out surfing at 6.30am every morning, I still don’t know how she did it all,” Lee recalls. “She is so generous. Mum ended her career so early so she could go and help animals. That decision taught me that if there’s something you’re passionate about, just be ready to drop everything and pursue it. She didn’t get famous for being an activist, she got famous for being all of these other things – a model, an actress – and she has trouble when she wants people to take her seriously. But I’ve never seen somebody believe in themselves as much as she does. She’s always been like that. And I don’t really feel like you have much to lose when you think that way.”

By his own admission, Lee says growing up his dad, Tommy, wasn’t around as much as his mum as he was “travelling the world being a rockstar.” “My dad is such a funny guy,” he begins, his tempo slowing. “Every time I needed some manly advice, he’d have a really strong opinion – I’m not sure he was always the best one to ask – but he’s always given me that ‘don’t give a sh*t’ attitude. He’s 55 and he’s still dating 20-year-olds and having the best time ever in terms of living life to the fullest…he’s having a ball right now.” Pamela and Tommy’s decision to uproot their son’s education away from the lure of LA’s sex, drugs and rock n roll lifestyle was very much on purpose. “I feel like Canada really made me gain some perspective. At boarding school, everyone is the same,” Lee says. “You wear the same clothes, there is not a lot of separating you from the next person besides your personality. You get to appreciate different personalities and not just value the materialistic things you might have.

“In Vancouver, no one is wearing Gucci backpacks and crazy jewellery to school. You’re not preoccupied with your appearance. You only need to worry about your hair.”

For Lee though, his signing to one of the biggest model agencies in the world, Next Management, had less to do with who his parents were and more to do with fate (and maybe those aforementioned follicular achievements). Just three years ago upon returning home from Vancouver, Pamela dragged her son – who now mixed his preppy styling with LA rock n roll (“Jeans with a white t-shirt, rolling up the sleeves, slicking back your hair; that will will never go out of style”) – into a meeting with her. A prying agent noticed the teenager returning from a bathroom visit and stopped him in the hallway. “‘Are you a model? Why are you here? Does anyone represent you?’ She asked,” Lee remembers. “I replied, ‘No. I’m not a model. At all. And I don’t want to be.’ I wasn’t really into working in the entertainment industry – well not modelling per say – and I never really thought of myself as having the model look. I always thought I wanted to be in film and models had to be super tall and good-looking.” While hesitant at first, the teen soon embraced the creative projects Next were assigning him and eventually landed the lucrative spot as the recurring millennial face of Dolce & Gabbana. “To get the chance to travel the world at such a young age and wear beautiful clothes is just amazing,” he says. “For the Dolce shoots, I got to style myself. I got to pick out everything. It was such an opportunity to do all that, it was crazy.”

“I’ve styled my mum by the way for the last ten years,” Lee purposefully points out. “Ever since I was 11-years-old so I feel like there some mis-credit due! She has stylists come over to our place and right after they leave, I’m like, ‘You’re not wearing that,’. I’m so picky and meticulous about everything.”

Lee’s love of fashion has also led him to a romantic love. Today on set, he tells us he’s celebrating ten months with his girlfriend, model and Instagram star Pyper America – the sister of social media siblings Starlie Cheyenne, Daisy Clementine and of course male model sensation Lucky Blue. Walking for the likes of Moshino and Philipp Plein, the rising model and her boyfriend fly around the world together (“In our line of work and with the companies we work for being so generous, we really can bring each other anywhere”). But distance can sometimes be an obstacle and something these two young lovers are learning about. “You’ve got to trust the person you’re with,” says Lee. “If you don’t trust them, you’re never going to have a good relationship. I work with some of the most beautiful women in the world and if you lose that trust then it can get really tough. We haven’t had any problems like that.” On set today in Los Angeles, Lee doesn’t arrive with an entourage or demand a car service. He drove himself and showed up on time – enthusiastically nonetheless – and ready to work really hard. There is not a skerrick of entitlement to him, nor is he worthy of anybody’s nepotism scorn. To him, the maths is simple: “Success goes hand-in-hand with respect. You have to earn people’s respect in order to generate success,” Lee says. “To be respected by other people in your industry for being a hard worker and for them to be like, ‘this kid’s good’… that’s all I want.”

Pam and Tommy, you did good. Real good.

Brandon will appear in The Hills: New Beginnings, airing June 24 on MTV. 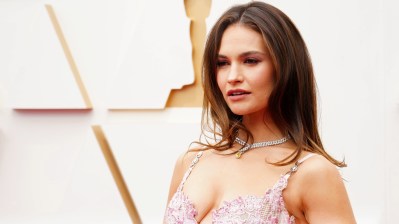 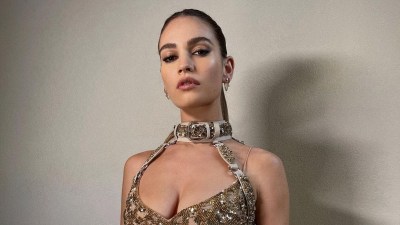 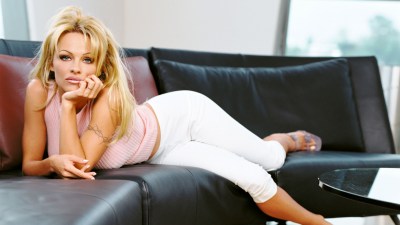 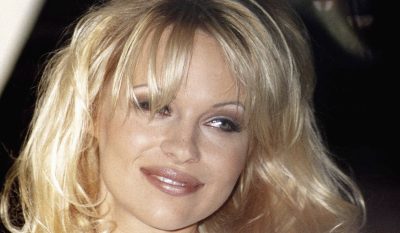 Rejoice Or Despair, But Skinny Brows Are Officially Back Thanks To ‘Pam & Tommy’
Next page