In a recent interview with GQ, Brad Pitt opened up about dealing with his divorce from Angelina Jolie and credited Frank Ocean’s Blonde as a means to console his broken heart. “I’ve been listening to a lot of Frank Ocean,” he said. “I find this young man so special. Talk about getting to the raw truth. He’s painfully honest. He’s very, very special. I can’t find a bad one.”

Proof music can really speak to the soul, Pitt attended Ocean’s FYF Fest set in Los Angeles across the weekend and in a weirdly but kind of fitting tribute, Ocean sang Close To You and a cover of the Jackson 5 classic Never can Say Goodbye. The strange part was Pitt was sitting side stage with a camera directed on him, both he and Ocean were projected out to the crowd. The actor was seemingly on the phone for the duration of the entire performance. Is this Pitt telling Jolie something? Or just riding out the pain of loving someone so hard? 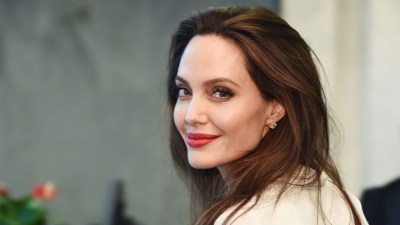