Was it the razor-cut cheekbones, chilling blue eyes, hypnotic gaze (or even last name) that captured the attention of Bottega Veneta’s Daniel Lee? Or was it just the mystique – both intangible and compelling – of Abbey Lee? Likely all of the above (except maybe the matching last name, but it’s serendipitous, no?) that led the Creative Director to tap the former model for his new campaign.

READ: HOW DANIEL LEE DUCKED AND WEAVED HIS WAY INTO BUILDING BOTTEGA VENETA AS THE BRAND OF MOMENT

Absent from front covers and runways for over five years, the Australian modelling icon returns for Bottega Veneta, fronting their new Fall 2020 campaign. Wearing one of the standout styles from the Fall collection, Lee stands stoic in the snow in Bottega’s Cutout Fringed Ribbed Stretch-Knit Dress, reminding us why she was such a force of the industry (Models.com has listed her as an “Industry Icon”). 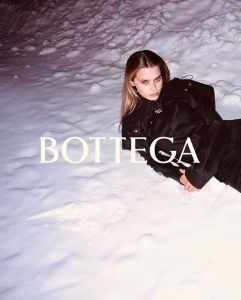 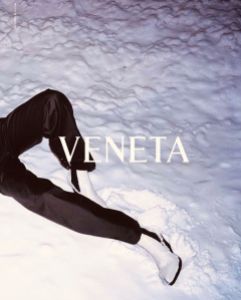 Along with Abbey Lee, both male and female models join her in Bottega’s snow party. Key pieces highlighted in the campaign include The Lean Boots, Fold Bag, Fringe Criss-Cross Bag and highly covetable Puddle Boots, which are made from biodegradable polymer.

READ: SOME LIKE IT HOT. TURNS OUT IT’S A SEXY SUMMER FOR BOTTEGA VENETA

Should you wish to take part in Bottega Veneta’s Fall party, the collection launched globally in stores on September 4. Some key styles are on available pre-order online here.