Blake Lively and Ryan Reynolds did not comment on reports last month that the actress is pregnant with their second child.

But doubt the couple is expecting was removed on Wednesday night, when the Café Society star wore a figure-hugging gown to the film’s premiere at the Cannes Film Festival in France.

The 28-year-old didn’t place any contrived hands on her midsection to draw attention to her growing belly, but there was also no attempt to disguise it with her outfit choice of a shimmering, nude, cut-out style gown by Atelier Versace.

Earlier in the day her stomach was somewhat less obvious in a bold, red, floor-length jumpsuit she wore to a press conference and photo call with her Café Society co-stars Kristen Stewart, Jesse Eisenberg and Corey Stoll, and director Woody Allen.

While Stewart chose to defend her decision to work with Allen despite the cloud hanging over him – sexual abuse allegations made against him by his adopted daughter Dylan Farrow – Lively has so far made no comment on the topic.

When Blake gives birth later this year she and Ryan will welcome a sibling for their daughter James, born in December 2014. The couple wed in September 2012. 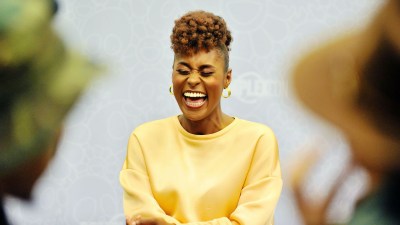