Beyoncé sure has a knack of taking something glamorous and making it even more glamorous. Take, for example, Saturday’s outfit to the Shawn Carter Foundation Gala. If a shimmering nude sequin gown wasn’t enough, then the blinged-up “billion dollar” bill stack in her hand certainly was.

Attending husband Jay Z’s inaugural Shawn Carter Foundation Gala at the Hard Rock Hotel and Casino in Florida, Beyoncé upped the fashion ante in a lavish look right on the money. Literally. Accompanying her sequinned gown was a small clutch fashioned into a stack of “billion dollar” bills. The healthy wad, entirely crafted in rhinestones, was the kind of thing you’d see in a gangster movie – or casino – stacked and sparkling. Secured with a dollar sign, it featured inspirational affirmations like “Work Hard” (a common rhetoric in Jay Z’s rap) and sat alongside an equally brilliant diamond ring (or rather, rings). 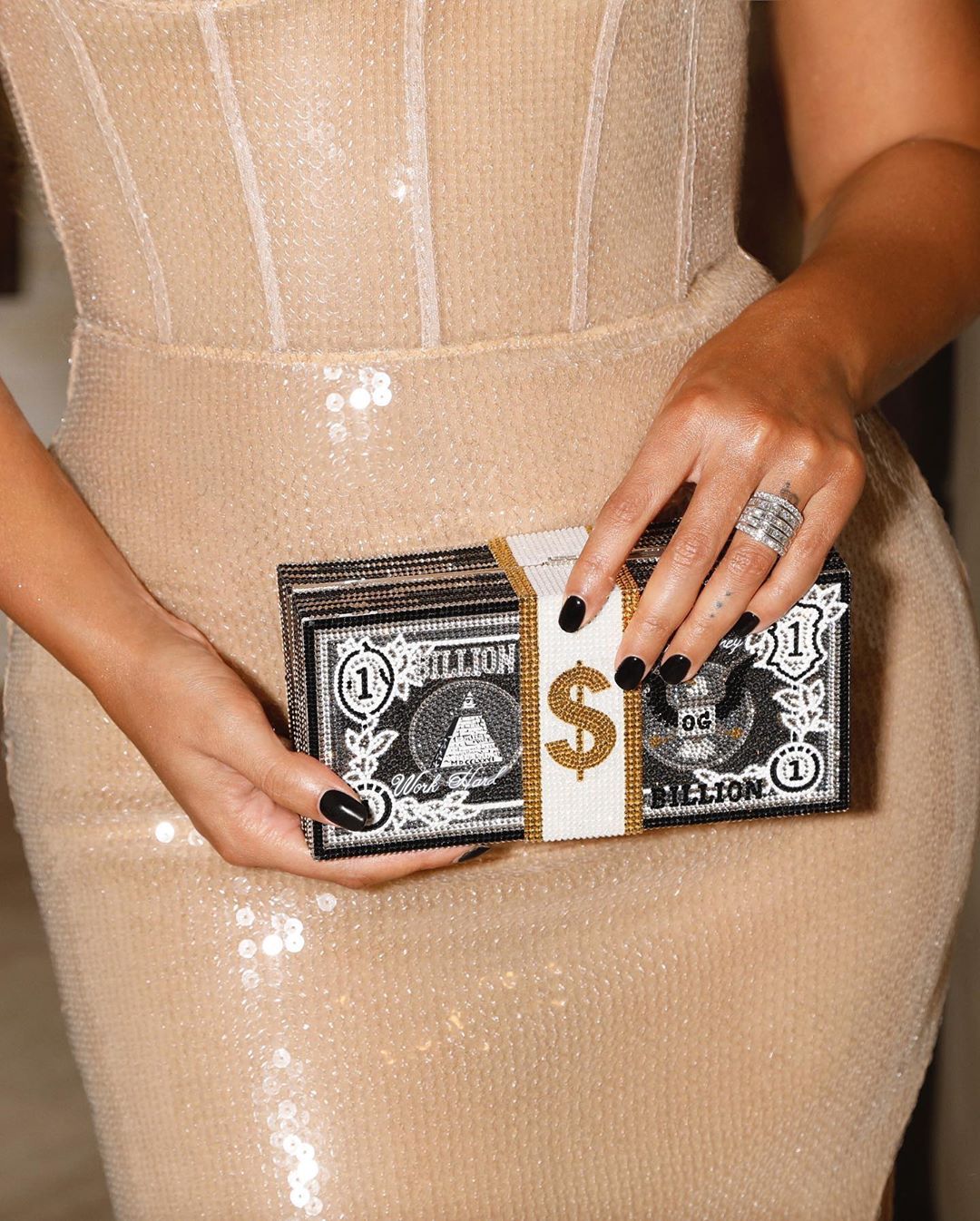 No word on the actual cost of the clutch, but considering the couple’s real-life wealth, we imagine it to be hefty. With an estimated net worth of $1 billion, Jay Z became the world’s first hip-hop billionaire, with the couple reportedly having a combined net worth of $1.35 billion. And in case you forgot, this clutch offers a gentle reminder of the Carters billion dollar fortune. It seems money talks – and walks – for Beyoncé.

Happy Birthday, Princess Di. Here, We Celebrate With 18 Of Her Most Iconic Looks

Spotted: Nate Archibald and Lonely Boy On A Zoom Call…
Next page