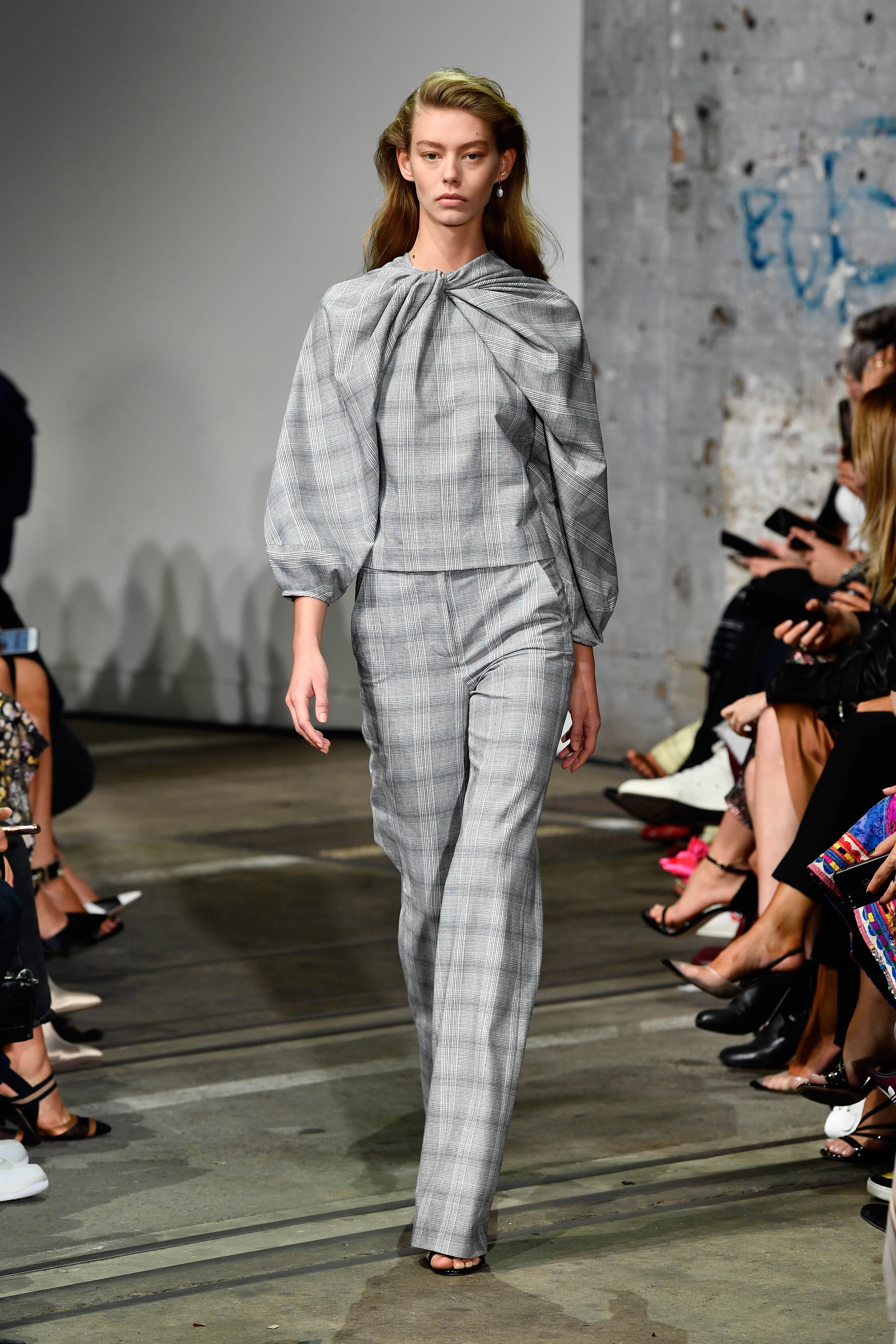 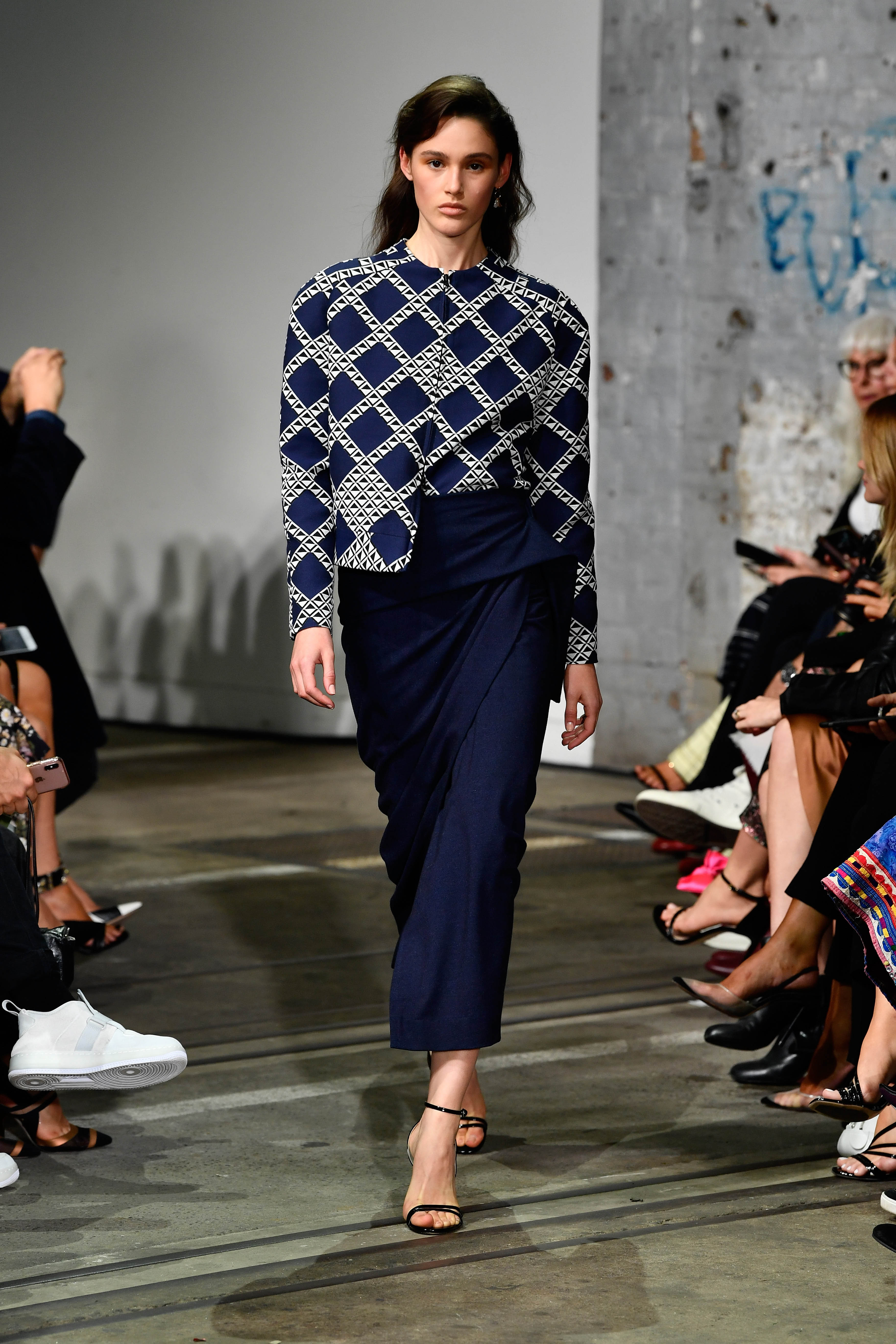 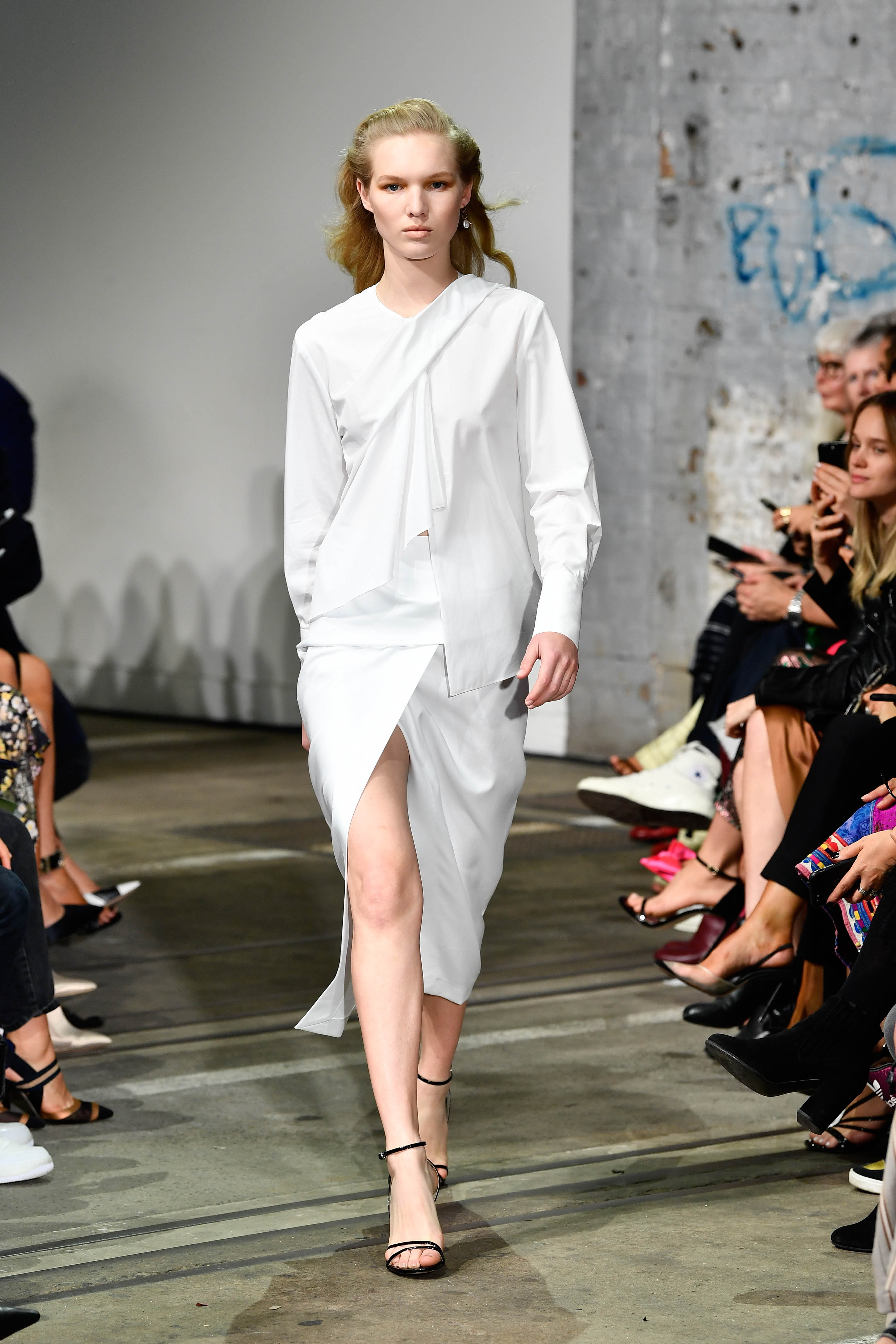 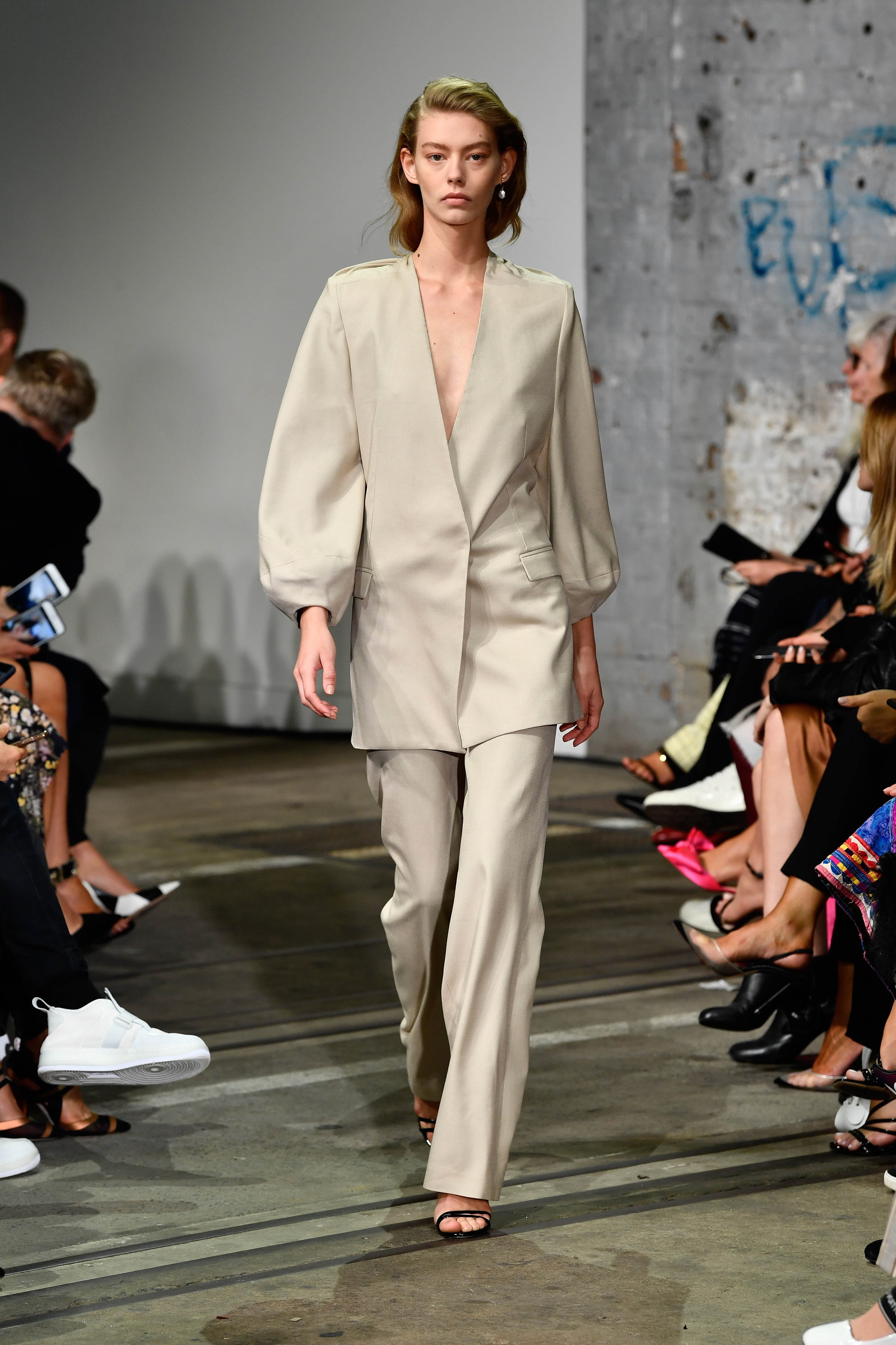 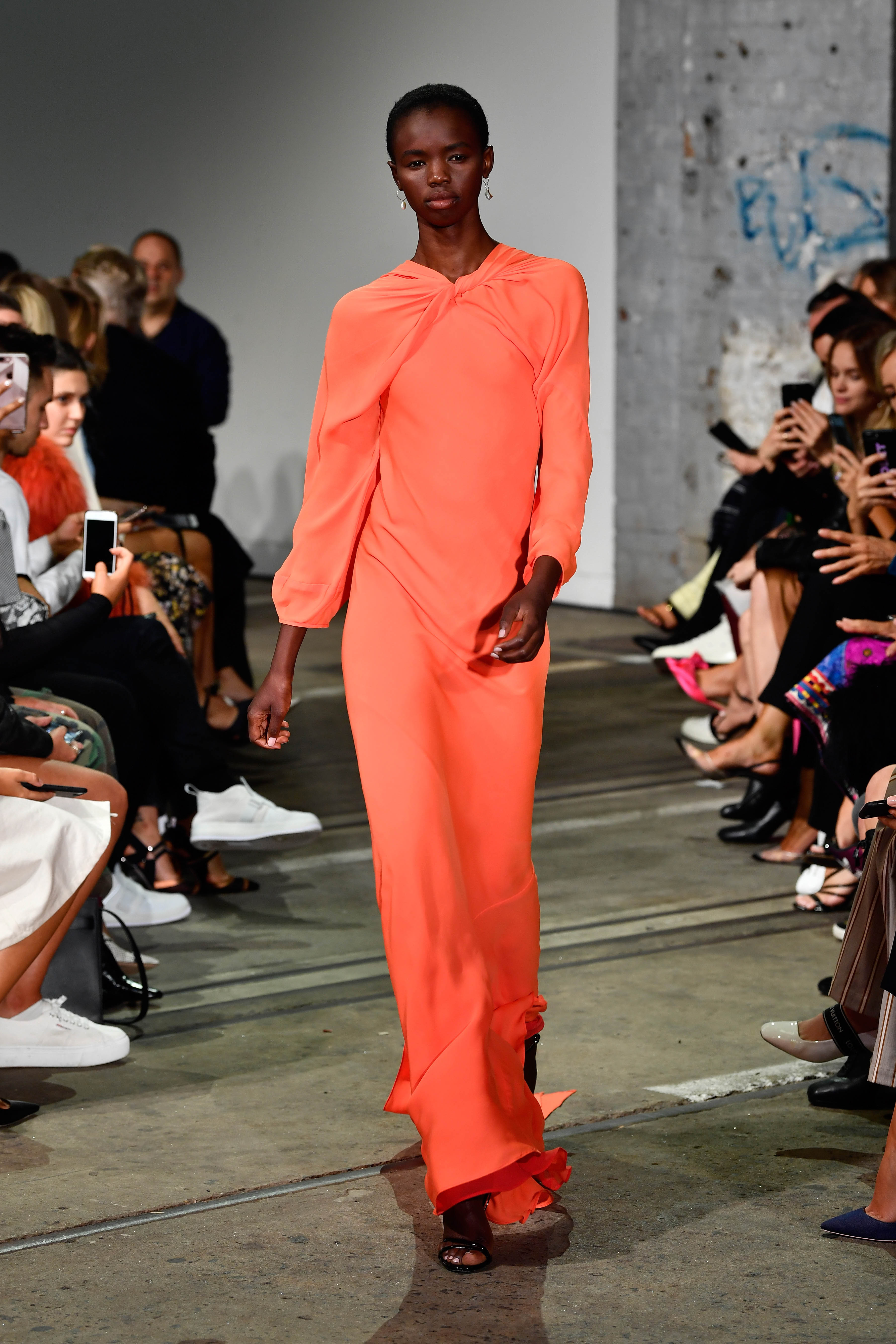 I can only speak for myself, but doesn’t the first look above make you want to plot the murder of your third husband and make off with his millions, 70s blow wave intact despite the Santa Ana winds barreling down on you from the driver’s seat of your newly inherited top-down convertible? Where Bianca Spender succeeded at Mercedes-Benz Fashion Week Australia today was not only in the masterful execution of her Unbiased Resort 2019 collection, but in invoking the multiplicities of the lives of the women that she had in mind when designing her proposition for a modern wardrobe. Both femme fatales and fund managers alike will find plenty to consider purchasing here.

She started with the dresses, Spender noted. In both shirt and slip forms, the latter cut on the bias to drape across and accentuate body lines, the collection’s many fluid looks were most successful when they played with colour: turquoise and rust, a shock of neon tangerine and lemon sorbet. Many of the strongest looks told varied and invariably rich stories that shared in recurring motifs despite their ostensible differences in cut, palette or silhouette: in the twisting and knotting of fabric at the nape or throat; in the bold shoulder left uncovered or bolstered by bandolier-like pleats and straps; in exaggerated bell sleeves; and in the many looks that were layered and sliced open to reveal the small of the back in a dramatic, curtain-raising fashion that rewarded a second look.

Spender set the bar high by invoking the age-old question of what women want not only from their wardrobes but from their lives, tackling big picture themes like ‘equality’ and ‘liberation’ without sacrificing on big time ‘sensuality’. Inevitably you fall short when you set out, as many a modern man or woman does, to ‘have it all’ but Spender showed today that in life as in resortwear, the reward is in having the courage to take the risk in the first place.