Well, she's definitely the daughter of a cultural icon...

There’s a wedding planner out there who named her company Blue Ivy Events, and Bey is NOT happy about it.

Apparently the singer has been having it out in a trademark battle with wedding planner Veronica Morales, who owns Blue Ivy Events, since 2017.

Beyoncé is trying to get the trademark for her daughter’s name while Morales says she was already using it for her event company. The case is expected to go to trial.

In newly filed documents putting forward her case for the trademark, Bey says Morales’ argument “that consumers are likely to be confused between a boutique wedding event planning business and Blue Ivy Carter, the daughter of two of the most famous performers in the world, is frivolous and should be refused in its entirety.” Beyoncé’s trademark application is for “Blue Ivy Carter” and not “Blue Ivy”.

Bey is basically accusing Morales of using her daughter’s name to try and make a profit, which is not unreasonable, except for the fact that the business had been named before Blue Ivy Carter was born.

In the documents, Beyoncé descibes Blue Ivy Events as a “small business, with just three regional offices and a handful of employees”, as well as throwing shade at the business’ “weak online presence” and “poorly subscribed social media accounts”.

Bey said Morales “exhibited a pattern and practice of affirmatively attempting to connect its brand with Blue Ivy Carter to increase its exposure and drum up business.”

Beyoncé pointed to interviews Morales gave where she talked about a spike in business following Blue Ivy Carter’s birth, and says Morales also had a sale on Blue Ivy’s birthday.

The documents reportedly state, “Blue Ivy Carter is a cultural icon who has been described as a ‘mini style star’ and has been celebrated for her ‘fashion moments’ over the years… Her life and activities are followed extensively by the media and the public.”

“Blue Ivy Carter has achieved a significant amount of fame, particularly at such a young age…She also has a noted and well-chronicled interest in fashion,” the documents reportedly continued. “Given these factors, Blue Ivy Carter is capable of and interested in becoming the face of a brand… For this reason, the factual context demonstrates that BGK [that’s Beyonce Giselle Knowles-Carter, FYI] filed the Application with the intent to build a brand around Blue Ivy Carter and her public reputation and renown.”

We’re gonna sit back and watch how this one plays out. 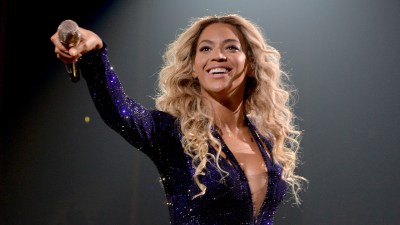 Beyoncé, Like All Of Us, Was Inspired By The Spice Girls 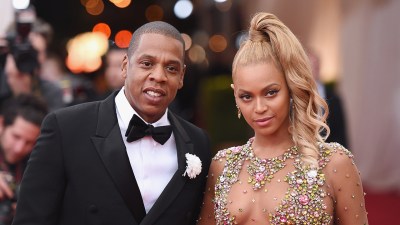 Beyoncé Stole the Oscars With Now-Viral Adidas Commercial
Next page