Fake twins, real Gucci: Beyoncé and Jay-Z are On The Run, again

Here's everything you missed from the first leg of their 'On The Run II' tour, including stunt double twins and their renewed marriage vows 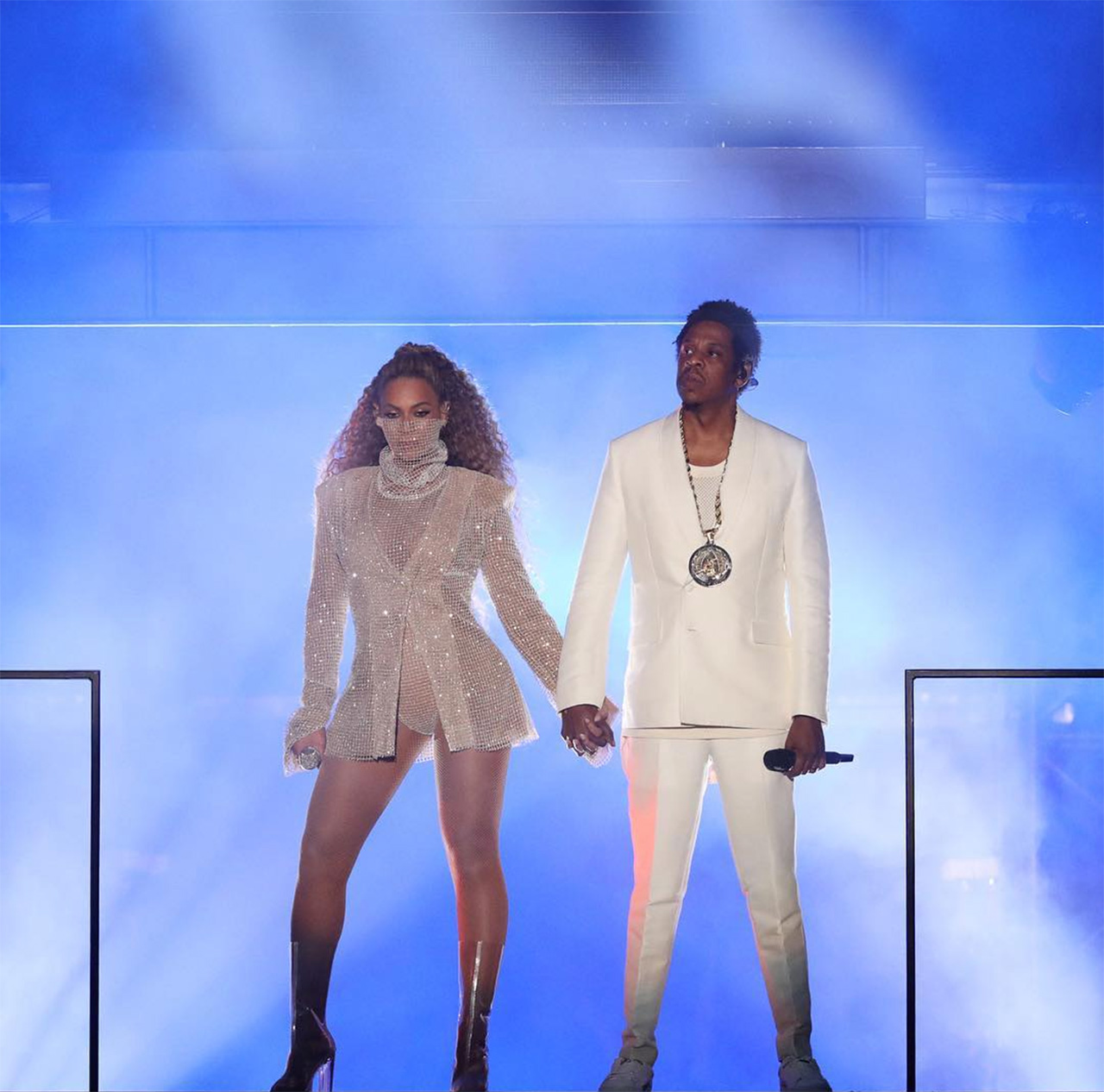 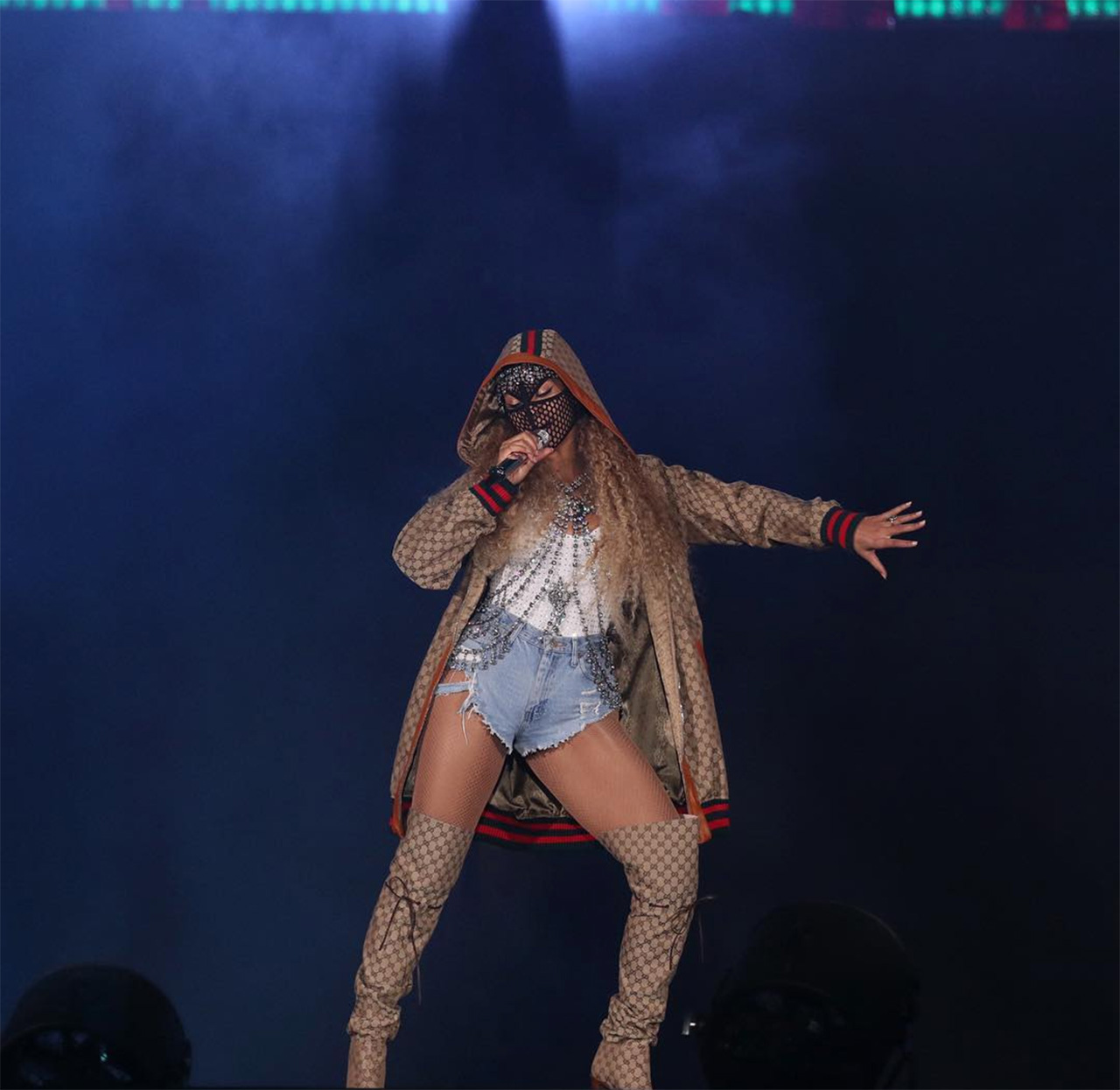 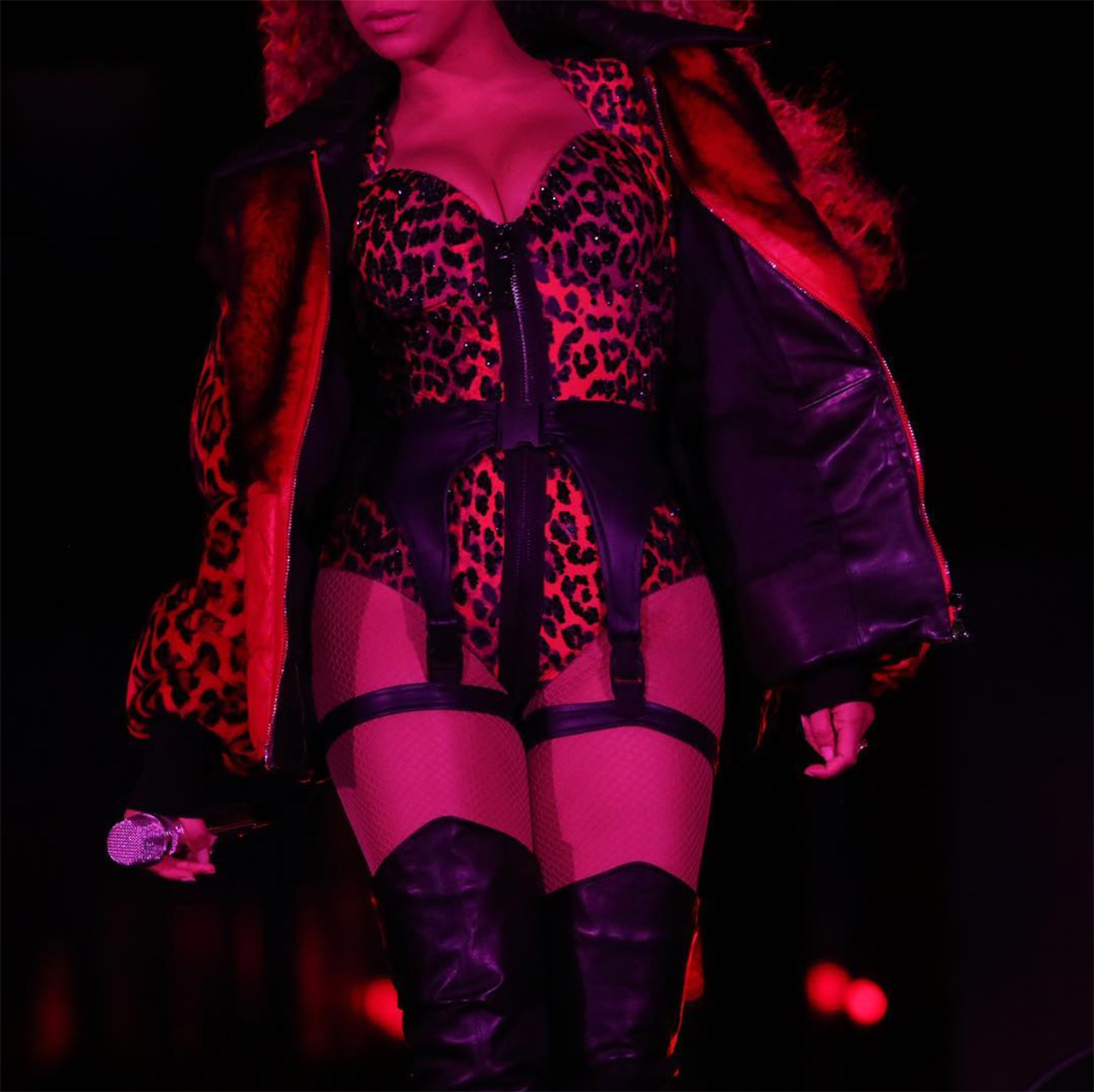 From the moment they stepped on stage at the Principality Stadium in Cardiff, Wales in an elevator between two larger-than-life LED crucifixes, it was clear that Beyoncé and Jay-Z’s rebooted On The Run tour was destined to make headlines.

An interlude screened early on in the set featuring the couple holding two babies separated by title cards reading ‘Love is universal’ and ‘Love never changes’ has generated its fair share in the hours since. Naturally, audiences on the ground and on social media were quick to speculate that the infants were the couples’ own, Sir and Rumi, who have remained largely unseen since the singer’s history making Instagram post of almost a year ago. While those rumours have since been debunked, there’s still been plenty to talk about arising from their debut outing, including the singer’s stellar looks. From her opening ensemble, a custom LaQuan Smith crystal encrusted blazer, mask and leotard, to her custom Dapper Dan for Gucci look that followed soon after, Beyoncé and her stylist Marni Senofonte doubled down on her tour wardrobe in spectacular fashion – a facet of the show that will no doubt expand as the tour does across Europe and the United States over the coming months.

Besides a roll call of greatest hits from their solo and shared careers, here’s what happened at the inaugural On The Run II opening night show, with eternal gratitude to Twitter’s most enlightening account, Beyoncé Legion.

Of course, the couple decided to open their show on an elevator

The couples’ visuals skewed heavily toward the theme of matrimonial bliss and “f**Kery” alike, with several interludes showing scenes of domestic bliss and discontent

Jay-Z proved he’s not above opening a library’s worth of Kanye West reads. The rapper performed N***** in Paris, his duet with Kanye West, atop a moving floating stage – a concept West pioneered with his fixed version during The Saint Pablo Tour

the show’s last interlude showed the couple renewing their vows before their three children. messages screened throughout the performance read, ‘This is real life’ and ‘This is real love’. This year marked the couple’s 10th wedding anniversary

Revisiting The Most Memorable Presidential Inauguration Performances
Next page