Ten years on from that fateful night, new details have been revealed 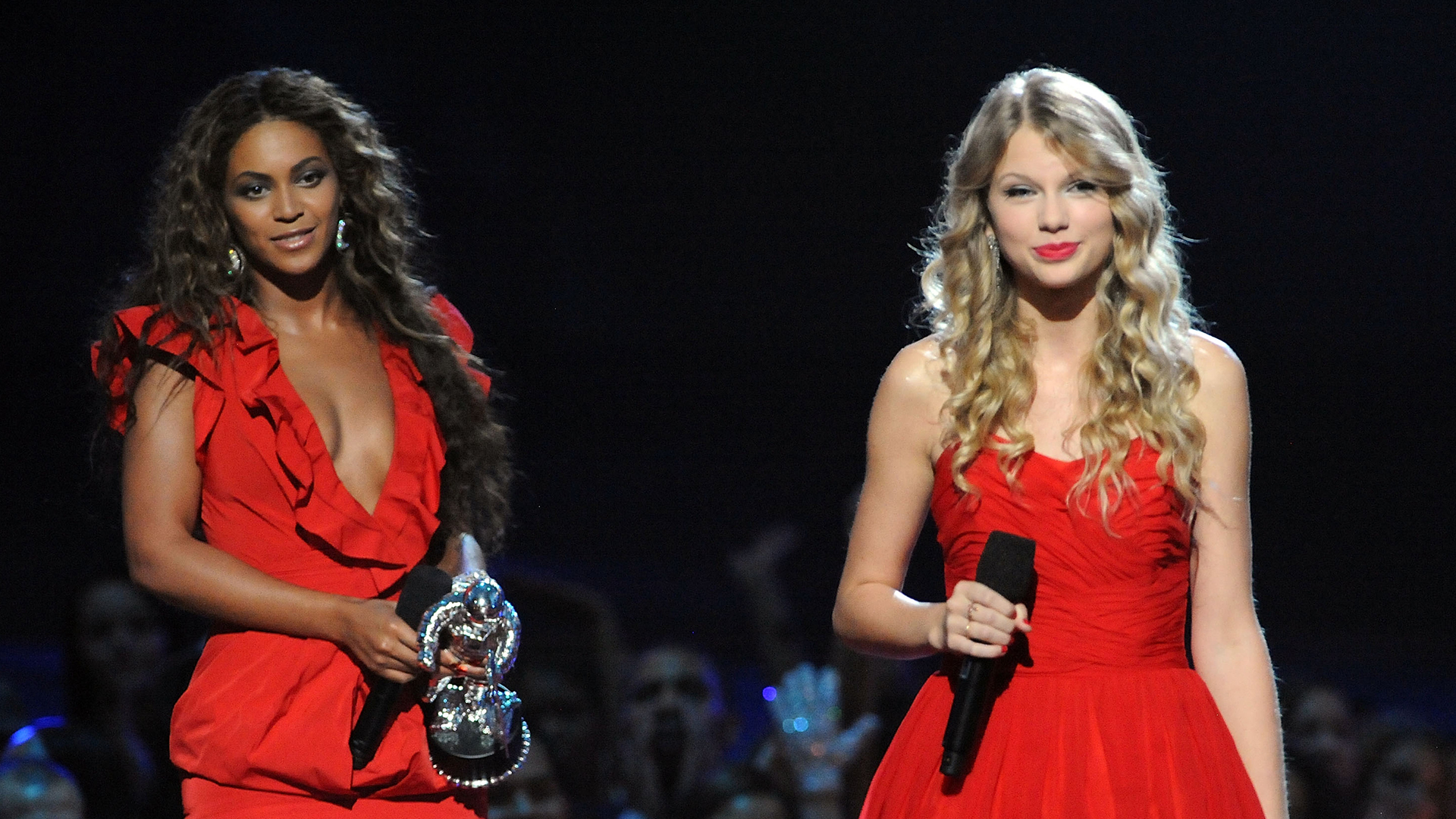 It’s been 10 years since one of the most controversial moments in modern music history: when Kanye West ran onto the stage at the 2009 MTV Video Music Awards, grabbed the microphone from Taylor Swift and said “I’mma let you finish, but …”

The repercussions of that shocking moment, when a seemingly drunken West declared it was Beyonce, not Swift who deserved the Video of the Year award, can still be felt a decade later. Kanye and wife Kim Kardashian regularly get into public feuds with Taylor, and Beyonce and Jay-Z have distanced themselves from Kanye.

Now, as the 2019 MTV Video Music Awards approach next week, Billboard has done a deep-dive into the night, including several first-hand accounts from those who witnessed it all go down behind-the-scenes.

One of the most fascinating details in the piece is how Beyonce reacted backstage to the incident, as told by Van Toffler, then the President of Viacom Media Networks Music & Logo Group who was involved in the running of the VMAs.

“I walk behind the stage—and sure enough, there is Beyoncé and her dad, and she is crying,” Toffler told the publication.

“She was like, ‘I didn’t know this was going to happen, I feel so bad for her.’ And that’s when it started to click in my head, and maybe hers, about potentially having the whole arc play out in that one night. At some point, I let her know that she was probably going to be up on the podium at the end of the show for an award. And wouldn’t it be nice to have Taylor come up and have her moment then?…I would normally not say anything, but I had two crying artists.”

It was also revealed that P!nk got up in Kanye’s face, yelling at him after the incident. Bless her.

The 2019 MTV Video Music Awards are on this Tuesday August 27 Australian time.